After breaking ground earlier this year, an upcoming senior living development is looming large over the Six Corners shopping district in Portage Park after recently reaching its final height of 10 stories. Dubbed the Clarendale Six Corners, the $117 million project at 4715 W. Irving Park Road is designed, developed, and built by the Ryan Companies and features 258 age-restricted residences. 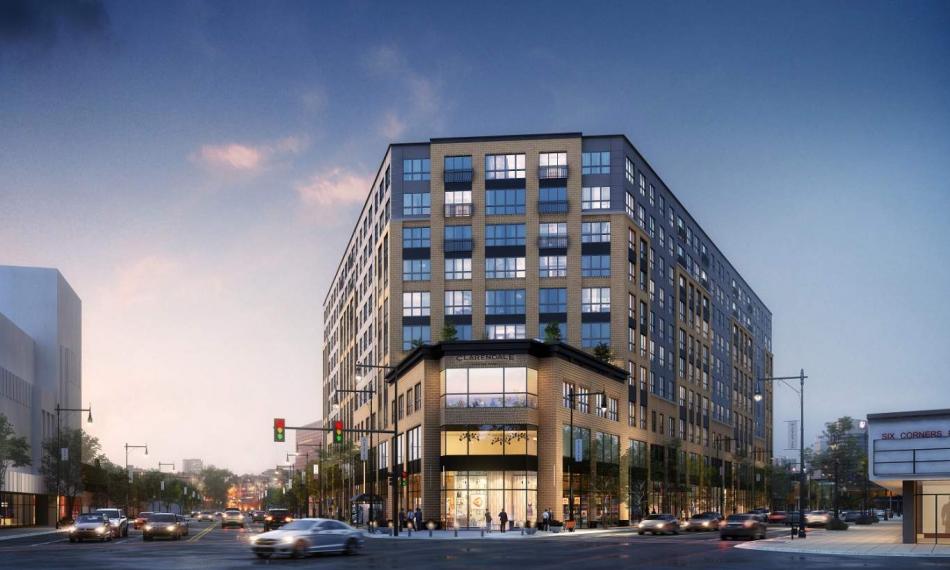 Unit breakdown in the highly amenitized building includes 114 independent living apartments, 98 assisted living residences, and 46 memory care units. Eleven of the residences will be set aside as on-site affordable housing. The facility is expected to welcome its first residents in fall 2022.

The Clarendale is also part of a larger 4-acre development known as The Point that has been in discussion since a Bank of America branch at the site was torn down in 2015. The mixed-use complex will also feature retail space anchored by a new Aldi supermarket as well as off-street parking spaces for 215 motor vehicles. 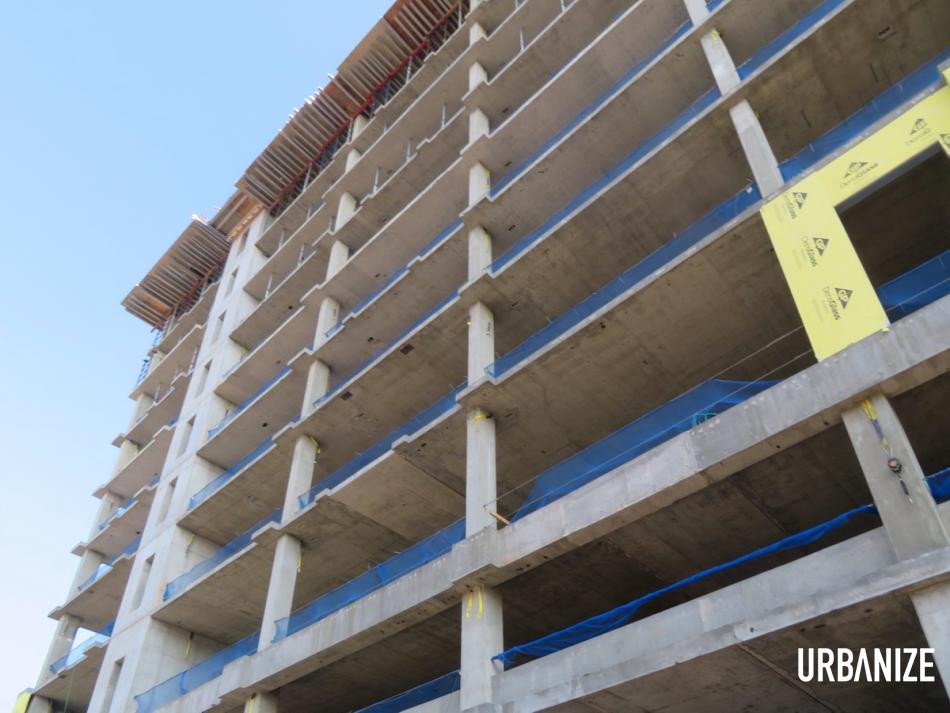 Meanwhile, plans are in the works to bring more development to the Six Corners intersection. Developer-builder Novak Construction is seeking city approval to adapt the vacant Sears property at nearby 4730 W. Irving Park Road into a new mixed-use complex containing 207 apartments, retail, and 257 parking spaces. The proposal will go before the Chicago Plan Commission on August 19.