Developers of the stalled 1000M project have announced that construction will resume after receiving new financing. Time Equities, JK Equities, and Oak Capitals are behind the development of the 74-story residential tower designed by the late Helmut Jahn. According to Crain’s, the project was awarded a $304.5 million construction loan from Goldman Sachs Bank USA and Deutsche Bank Wealth Management. 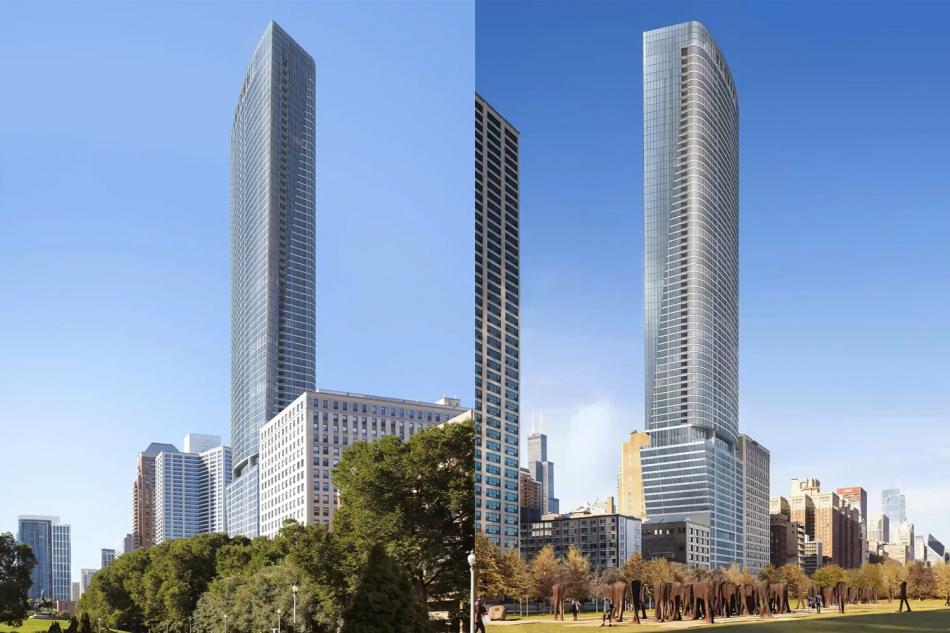 Initially planned to be an all-condo tower, 1000M began construction in late 2019, with a reported 23% of the planned 421 condos under contract. With the pandemic hitting in early 2020, construction was halted after the project’s financing was pulled. Caissons had already been completed, with rebar cages poking out of the ground.

Due to the halt of construction and fluctuation in the residential markets, the developers chose to pivot to rental apartments instead of condos. This past June, the Chicago Plan Commission and Chicago City Council approved the conversion to apartments, along with some minor modifications. The tower’s height was reduced from 831 feet to 805 feet, with the rental apartments tallying a total of 738 units. The project will provide 325 car parking spaces and 356 bike parking spaces. 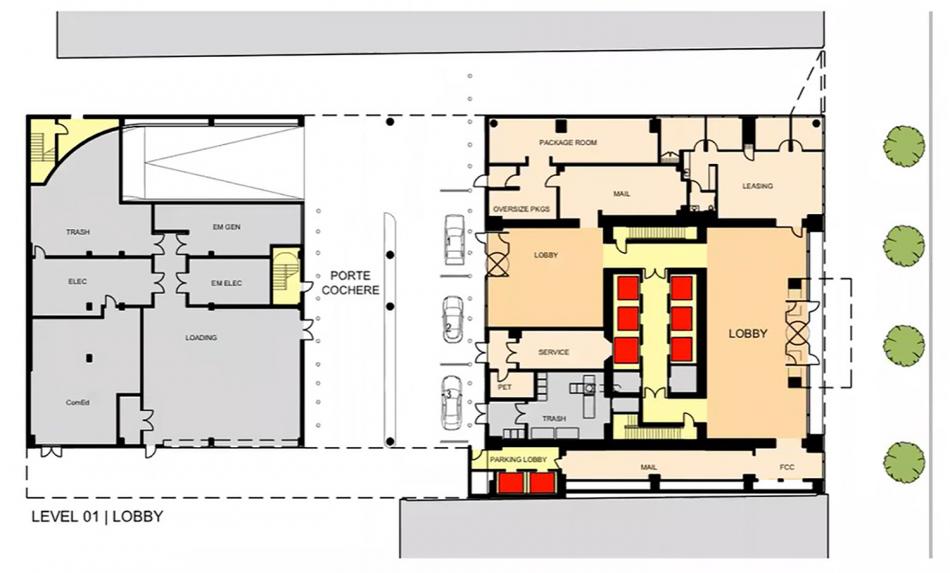 The tower’s design remains mostly the same, with slight modifications to the crown of the structure. The edifice features a two-volume approach, where the lower portion exhibits a rectangular massing that respects the street wall, and the upper portion is a carved tower that widens as it rises. A slice in the building’s volume creates a visual interruption that indicates the transition. As before, the building will cantilever over the existing building at 1006 S Michigan Avenue.

A permit issued in October mainly involved changes to the foundation and its infrastructure, including shear wall and core wall revisions, revised elevator pit dimensions, adjusted pipe routes, new parking elevator pits, modified column spacing within the garage, modified storage tank dimensions, a modified gas line, new grade beams at the garage, and modified mat slabs for the garage. A new permit has been filed for the superstructure of the tower, which awaits approvals. Construction for the tower is expected to be completed in 2024