A full building permit has been issued for 1002 S. Racine. Located at the southwestern corner of S. Racine Ave and W. Taylor St, the project is another installment of the Roosevelt Square Phase 3B development which has seen permits issued for the other three buildings planned at 1257 W. Roosevelt, 1357 W. Roosevelt and 925 S. Ada. Partnering with Chicago Housing Authority, the building is being developed by Related Midwest. 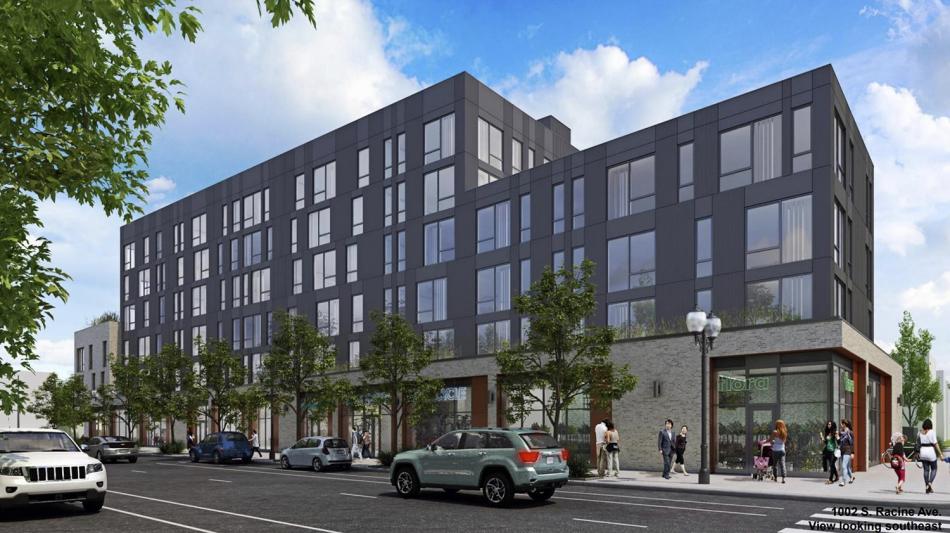 Designed by Moody Nolan and Landon Bone Baker Architects, the new mixed-use building at 1002 S. Racine will rise six floors, holding approximately 10,000 square feet of retail space and 67 dwelling units. The apartments will be a mix of 17 CHA units for those making between 20 and 60% AMI and 50 market-rate units. Residents will have access to 33 parking spaces in a surface lot behind the building. 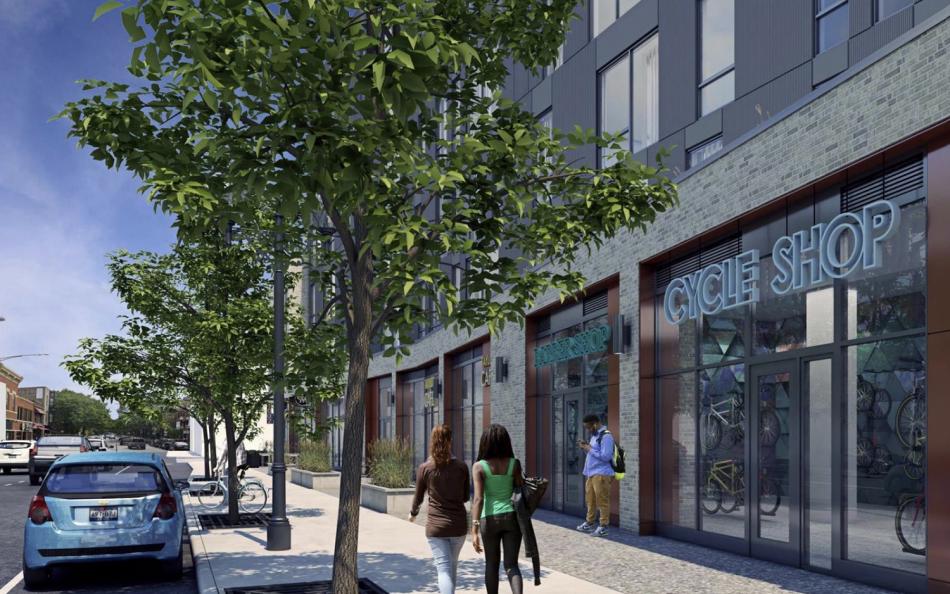 The massing of the building consists of multiple parts, including a three-story brick base that wraps the corner and ties into the neighborhood context, topped by a midrise portion that sets back from the street at an angle. Already signed by a local grocer, the retail space will face W. Taylor St. Tenants will enter the building through the residential entry along S. Racine Ave with their parking spots at the back of the site accessible via the alley. 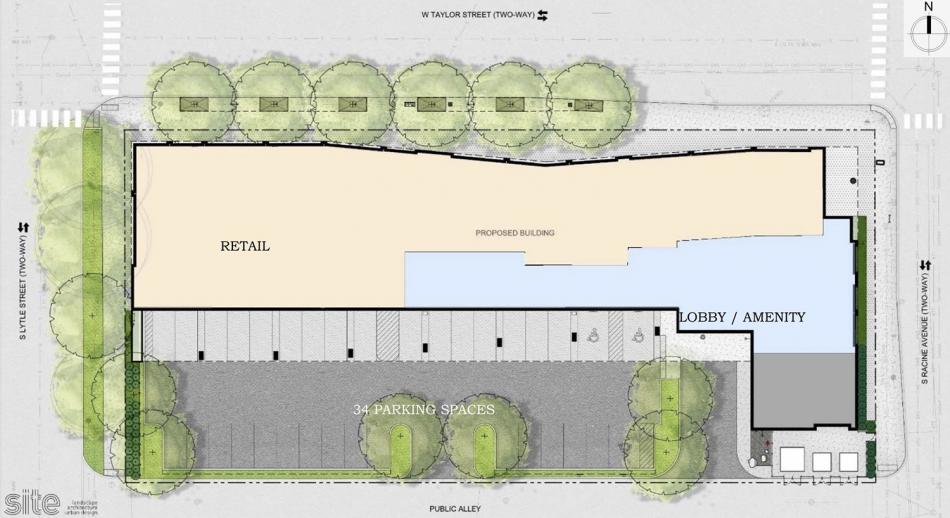 With the reported $20 million building fully permitted, general contractor Bowa Construction can begin work on site. A timeline for completion has not been announced.