In the South Loop, developer Draper & Kramer is seeking city approval for a 12-story apartment project near McCormick Place at the northeast corner of Wabash Avenue and Cermak Road. If approved, the 150-foot-tall building will rise just south of the developer's 24-story Aspire apartments, which opened in 2020.

The proposal replaces a vacant lot that was previously occupied by a muffler shop and used as a staging area during the construction of Aspire. According to a zoning application filed with the city, the upcoming structure would contain 150 rental units (including 15 on-site affordable units), ground-floor retail, and parking for 74 cars. Like its Aspire neighbor to the north, the design of the project comes from architecture firm Solomon Cordwell Buenz.

In 2015, Draper & Kramer originally pitched—and received approval for—a seven-story, 144-room hotel for the prominent corner parcel. Since that time, the blocks surrounding McCormick Place have welcome several notable new developments. In addition to Aspire, other prominent projects in the area include the Wintrust Arena, the 1,205-room Marriott Marquis, and the 466-room Hiltons at McCormick Place Hotel. Draper & Kramer declined to comment on the recent zoning application. 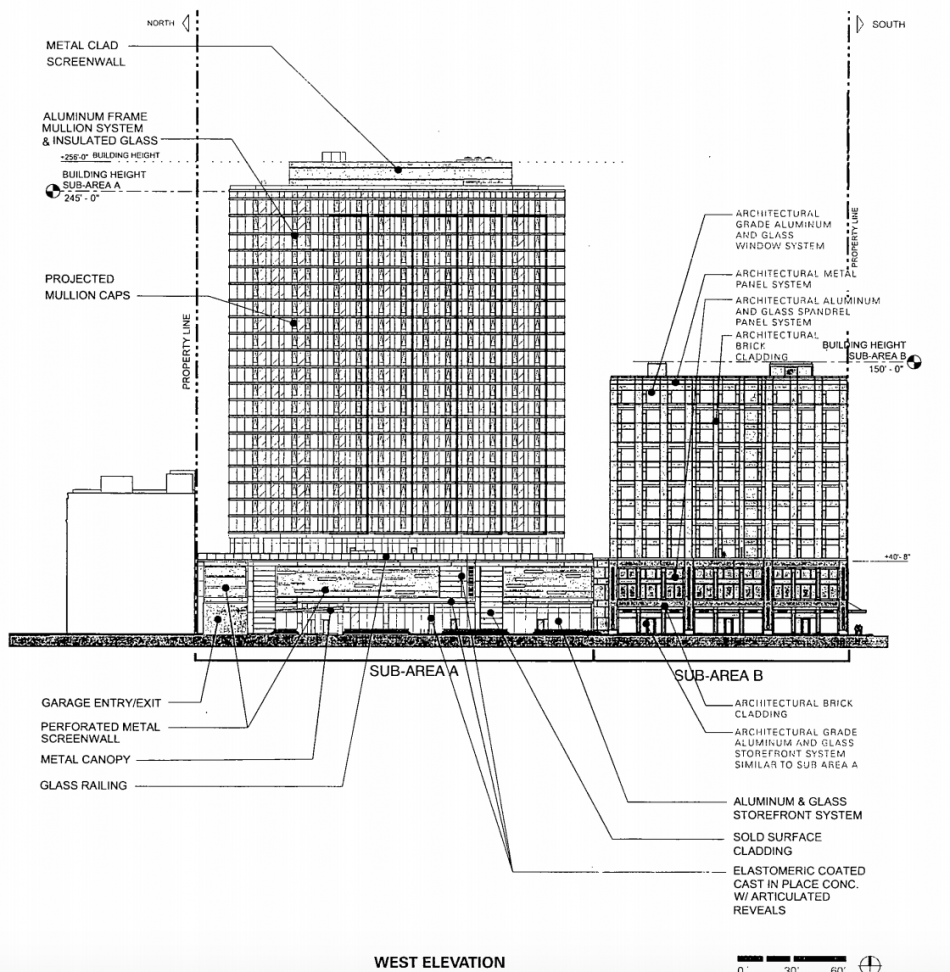