The development boom along Wells Street in River North could be adding another 178 apartments to the mix. Developer Vista Property Group has filed a zoning application with the City of Chicago to construct a 21-story tower on the east side of the street between Chicago Avenue and Superior Street.

Under the plan, the single-story retail building that was home to Yolk restaurant and Jess Chicago as well as a vintage three-story Italianate at 739 N. Wells would be demolished. The three-story commercial building at the north end of the block would be spared from the wrecking ball. The older four-story building housing Brehon Pub is outside the boundaries of the development.

Designed by Antunovich Associates, the 254-foot tower will feature 178 rental units and 21,000 square feet of retail. The transit-oriented project is one block from the CTA's Brown and Purple lines and will provide parking for 120 bicycles and 53 cars. Elevation drawings from the zoning application show a glass and metal design with projecting balconies on the tower's north and south faces plus an amenity deck. 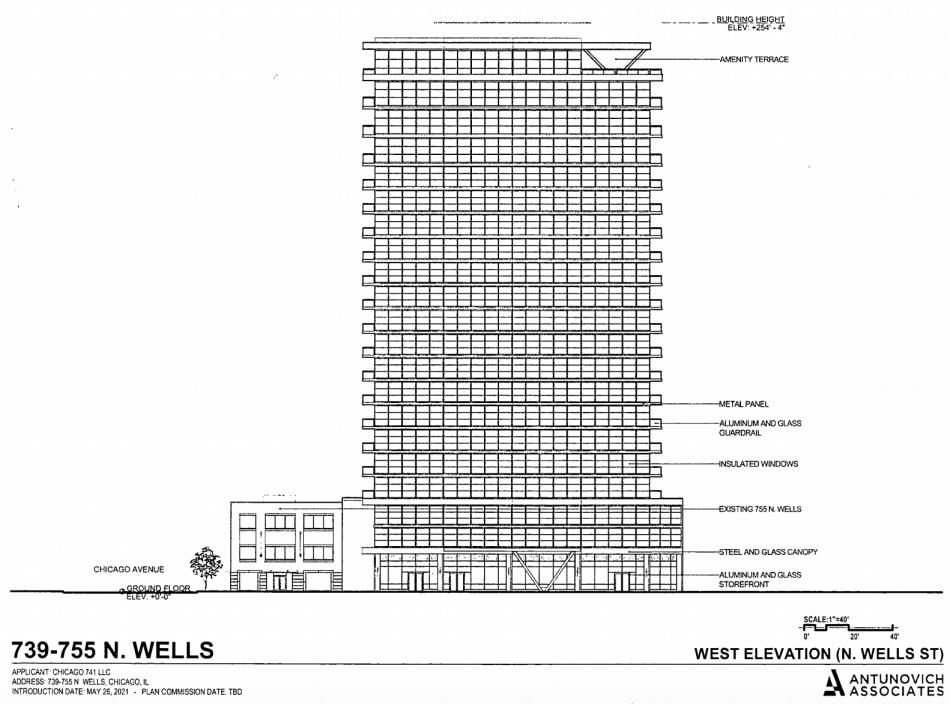 The proposed development will require a zoning change from the city of Chicago and will go before the Chicago Plan Commission, Committee on Zoning, and full City Council. Under the city's current Affordable Requirements Ordinance, Vista Property Group will be required to provide 10 percent of the building's units below market rate. The developer intends to provide five of the required 18 units on-site and make a payment into the city's Affordable Housing Opportunity Fund to satisfy the remainder of its obligation.

Wells Street in River North has been a standout during downtown Chicago's ongoing apartment boom. Recent developments like Gallery on Wells, Exhibit, Marlowe, and 640 North Wells have delivered nearly 1,200 new rental units to the immediate area. AMLI Residential's 17-story project at nearby 808 N. Wells will soon add another 318 apartments to the mix. 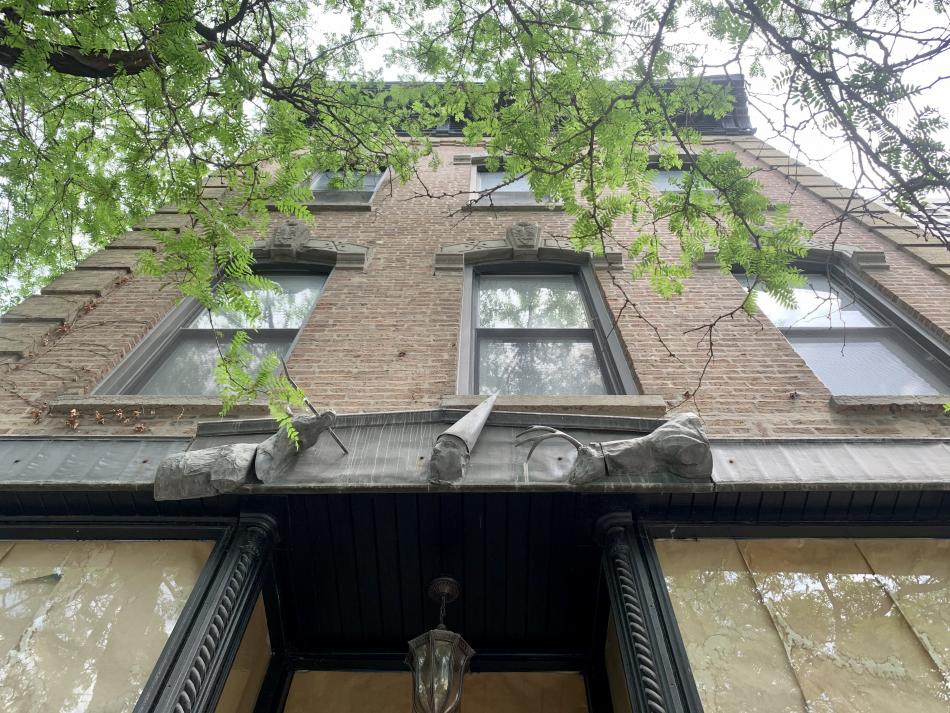 This vintage Italianate building (with an unusual sculptural pediment) would be demolished under the plan.Jay Koziarz/Urabnize