Another week goes by, and another Fulton Market apartment high-rise is ready to break ground. At 166 N. Aberdeen Street, MCZ Development has received a permit for caisson foundation work for a 21-story tower containing 224 rental units, ground-floor retail, and parking for 70 cars. 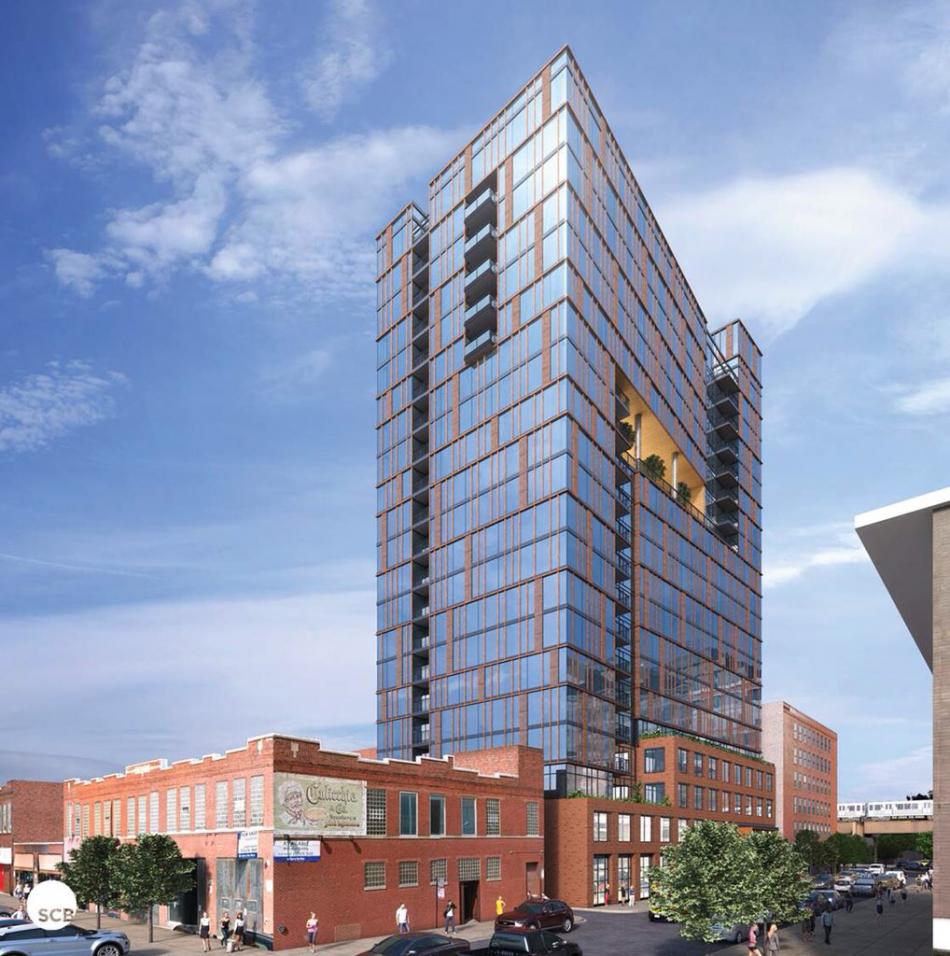 If you're having trouble keeping track of all the projects in the area, don't fret. The Solomon Cordwell Buenz-designed proposal was first shown to West Loop neighbors in April 2017 and approved by the Chicago Plan Commission one year later. At the time, its 220-foot height was considered quite tall for the area. Now, 330-foot, 350-foot, and even 495-foot rental towers are on their way to the red-hot 'hood.

Since winning city approval, the plan for 166 N. Aberdeen has cut eight residential units from its original count of 236. This could be to provide larger-sized apartments or expanded amenities like work-from-home spaces, which have become much more attractive since the pandemic. The project's approved zoning calls for the developers to contribute $1.87 million to the city's Neighborhood Opportunity Fund and provide 24 affordable-rate apartments on-site plus another 24 affordable units off-site.

The upcoming building replaces the former Fabbri Sausage factory, which was demolished earlier this year, YIMBY Chicago reported. The development is expected to take roughly 18 months to construct. The permit lists Lendlease as the project's general contractor.