Update 10/1: The project at 808 N. Cleveland received a $9 million permit for its foundation and partial superstructure on September 30.

An overgrown lot at the northeast corner of Chicago and Cleveland avenues is ready to give way to a 23-story mixed-use tower. Chicago-based DAC Developments has selected Focus to serve as general contractor as it prepares to break ground on the upcoming Near North project.

The redevelopment of 808 N. Cleveland was initially pitched as a 24-story hotel tower two years ago but later pivoted to rental apartments. Designed by Pappageorge Haymes Partners, the glass and concrete building will contain 200 units, 20,000 square feet of office space, 7,500 square feet of retail, and parking for 99 cars. Resident amenities include a swimming pool, spa, fitness facilities, co-working space, a game room, a party room, an arts and crafts room, a dog run, and a pet spa. 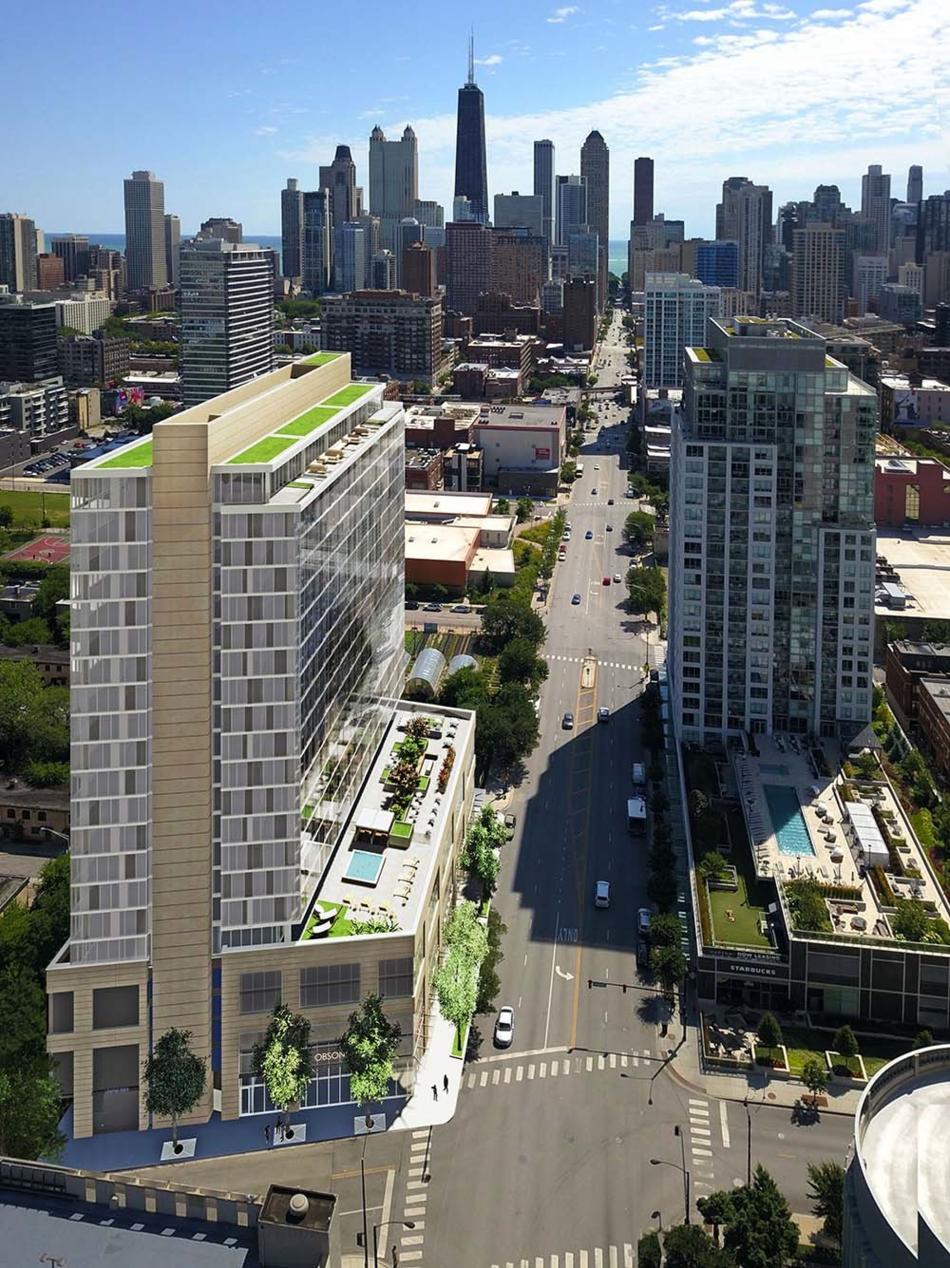 Located kiddy corner from The Hudson apartments, 808 Cleveland will rise next to the Chicago Lights Urban Farm and the mostly vacant CHA Cabrini Green rowhouses. Despite being on the north side of Chicago Avenue, the developers are calling the location River North. We'll go with Near North: an area that has experienced a remarkable transformation in recent years and will change even more with the arrival of projects like 808 Cleveland and the multiphase North Union megadevelopment. Just don't watch Candyman the night before signing your lease...

Focus says it aims to break ground on 808 Cleveland in "early October." The project has already lined up zoning approval from the city, but no building permits have been issued so far. The development team expects construction to take roughly 18 months and anticipates completion in early 2023. 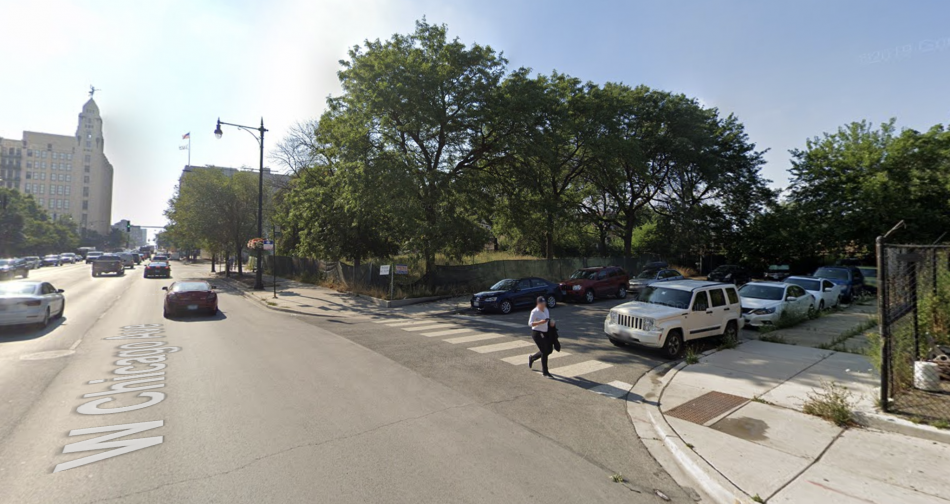