The project will replace a single-story former warehouse that Shapack purchased for $8.5 million in 2018, Crain's reported at the time. The proposed building will rise 270 feet immediately east of the 160-foot-tall West End on Fulton office tower, which opened in 2020. Elevation drawings from architecture firm Skidmore Owings & Merrill show a facade consisting of glass and aluminum windows with metal trim. 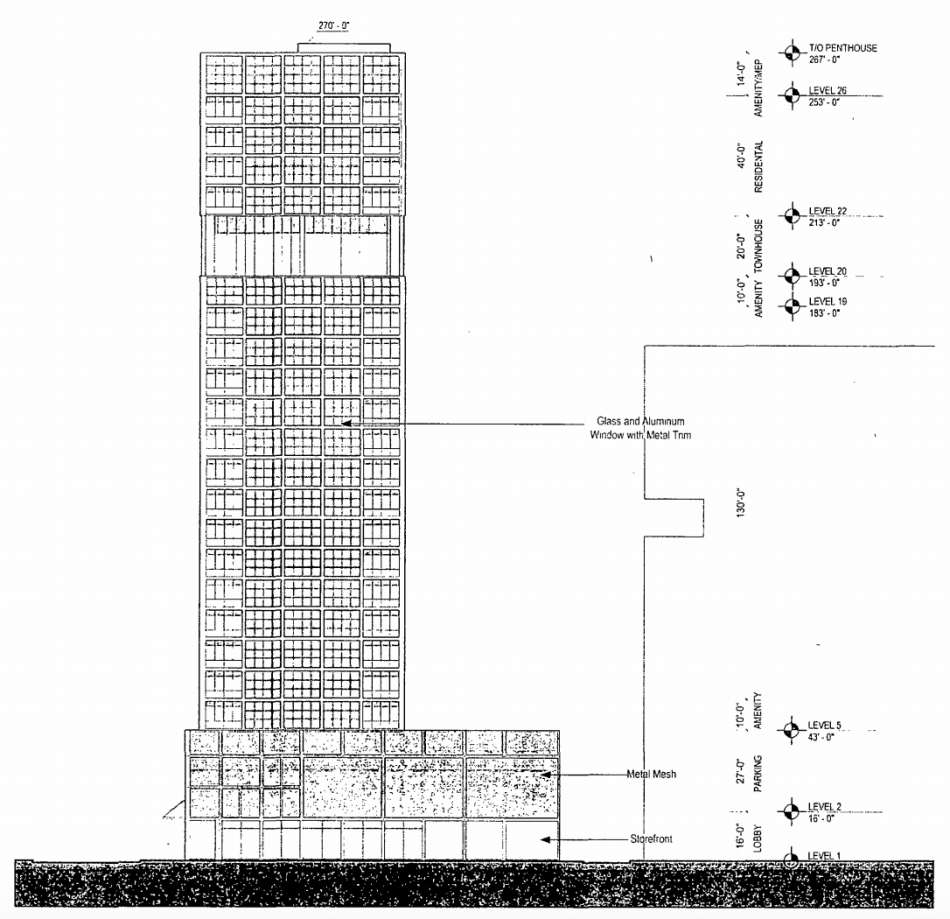 The building will contain roughly 16,000 square feet of ground-floor retail space topped by parking for 200 cars located on floors two through four. The diagrams also show an outdoor cafe at the corner, tenant amenities on the 5th, 19th, and 26th floors, and two levels of "townhouses" on 20 and 21.

The site is currently zoned M2-3 Light Industry District and will require a rezoning to DX-7 Downtown Mixed-Use District and then to a Residential-Business Planned Development. Chicago's Affordable Requirements Ordinance (ARO) calls on the developer to provide 20 percent affordable housing, and the project will feature all 63 of the required units on-site, according to the application.

The proposal at Fulton and Ada is the latest apartment high-rise pitched for the area of Fulton Market north of Lake Street, which until recently was off-limits to new residential development. If approved, it would join nearby projects such as 1215 W. Fulton and 1150 W. Lake. Meanwhile, a 25-story, 350-unit apartment tower at 1245 W. Fulton is set to be unveiled at a community meeting later this week.