The project isn't the first residential tower planned for the vacant site. In 2016, the Chicago Plan Commission approved a proposal from American Landmark Properties to construct a 290-foot, 296-unit residential building at this location. The Lucien Lagrange-designed project never got off the ground and the land was sold last year to CMK for $5.9 million.

Based on elevation drawings attached to the zoning documents CMKs plan for 1400 S. Wabash is far more contemporary-looking than its predecessor. The Pappageorge Haymes-designed high-rise will feature a glass and aluminum window wall system on its residential floors and a four-story metal-screened parking podium with space for 110 cars at its base. 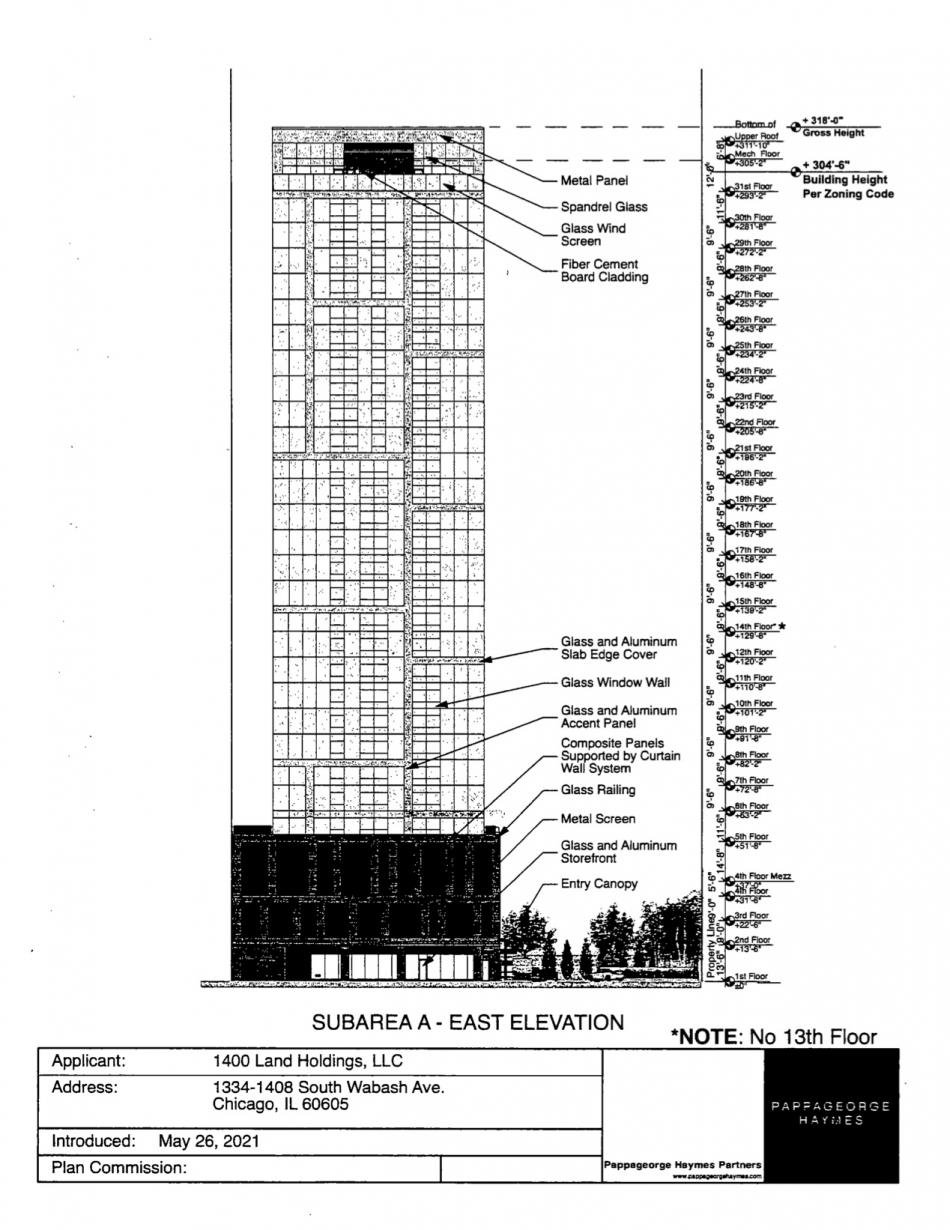 The 318-foot-tall proposal also includes 3,100 square feet of retail, a motorcourt for drop-offs, and a small pocket park on the north portion of the site. The developer will provide 15 units of affordable housing on-site and pay fees to the city to support the construction of 19 affordable apartments off-site.

CMK Companies is one of the South Loop's most active real estate developers. The firm is behind recent rental projects including Imprint and Coeval (which is located directly across the street from 1400 S. Wabash). CMK also owns the undeveloped Riverline parcel along the Chicago River south of River City and the multiphase Southbank development.

The tower at 1400 S. Wabash will need the Chicago Plan Commission and City Council to sign off on its requested zoning change before work can begin. CMK will also need to line up financing for the project, noted Crain's Chicago Business.