Foundation permits have been issued for the construction of the South Loop’s newest tower, located at 1400 S. Wabash Avenue. Poised to take over the space between S. Wabash Avenue and the CTA L tracks at E. 14th Street, the plot was the subject of a development saga that saw new owners, new architects, and a new design. Originally owned by American Landmark Properties, the 2016 proposal was for a Neoclassical tower designed by Lucien LaGrange Studio that would have held 292 residences. According to Crain's, developer CMK bought the property in 2020 and brought on architects Pappageorge Haymes to re envision a tower for the site.

The current tower, developed by CMK, went through the approvals process through the summer receiving approvals from the Chicago Plan Commission, Committee on Zoning, and the full Chicago City Council. The permit approved will allow for construction to commence on the building’s foundation and superstructure through the underside of the fourth floor. 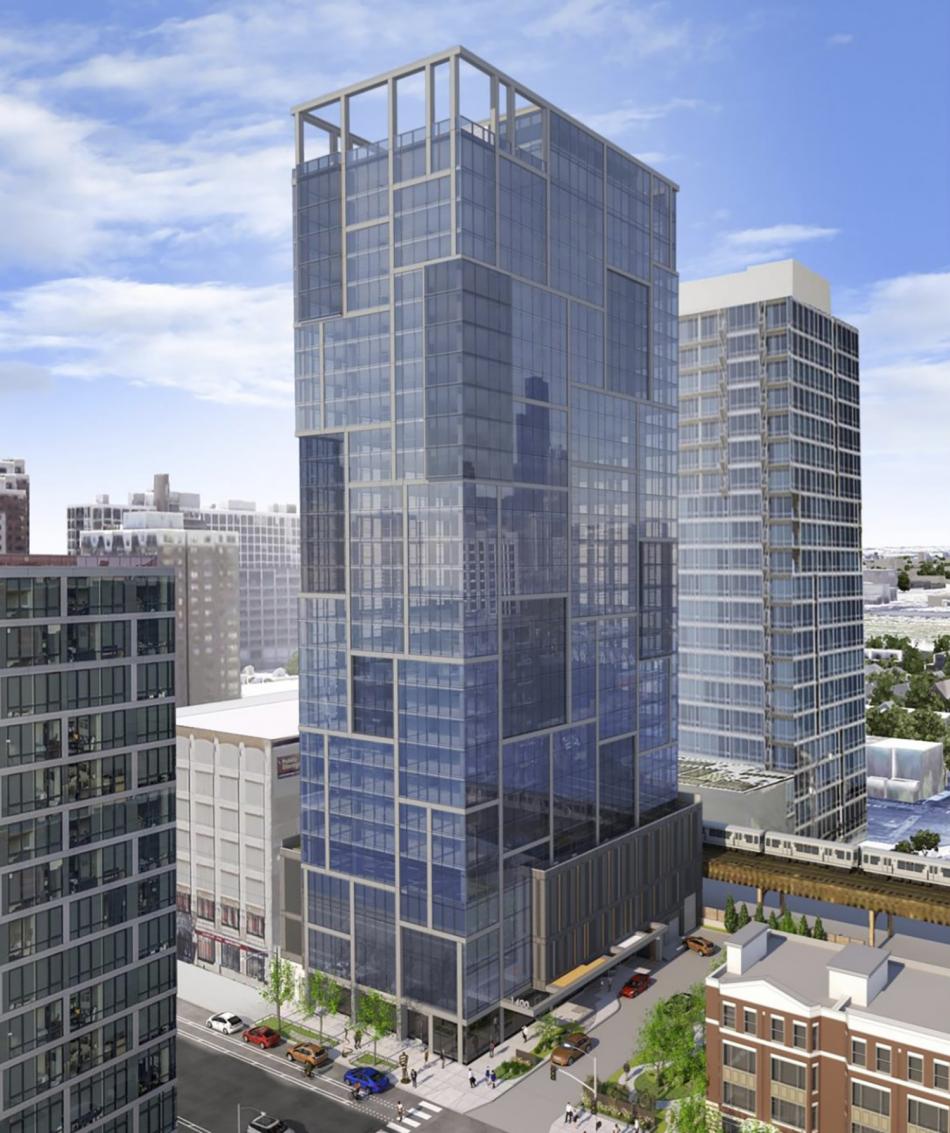 The building’s scope, as it rises 30 stories and 305 feet, includes 299 rental apartments, 105 car parking spaces, 180 bicycle parking spaces, and retail/commercial space on the ground floor. The unit mix will consist of studios, one-, two-, and three-bedroom apartments, with amenities located on the top floor with an outdoor deck.

The development will use the 14th Street easement to create a motor court with access to the parking levels and loading dock. The residential entry will face north towards the motor court with a small pocket park occupying space between it and the next property. Retail spaces will front S. Wabash Avenue. 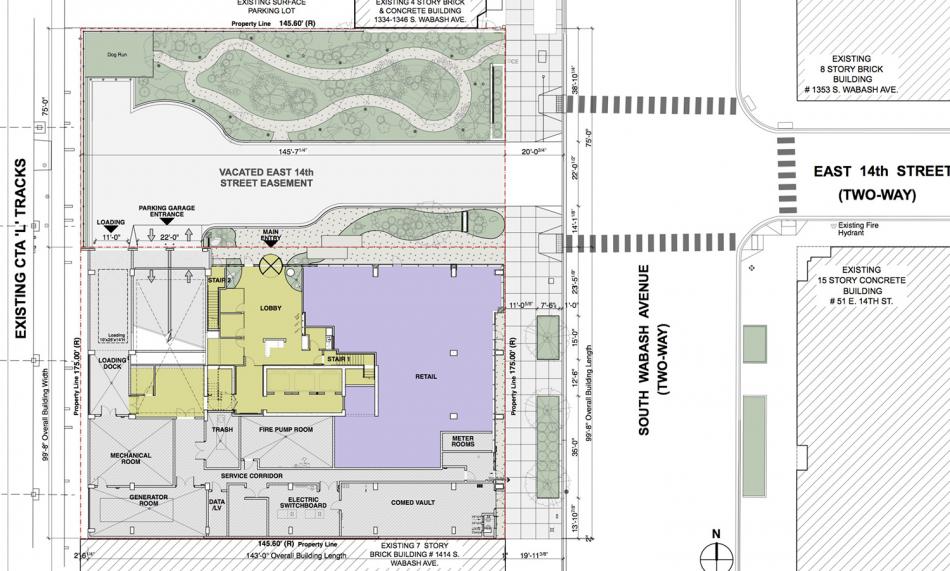 With permits in hand and a vacant lot requiring no demolition, construction could begin very soon. According to permit filings, Lendlease will be the general contractor for the project. A September 2021 Block Club Chicago article reported that the tower could be completed as soon as 2023.