Construction permits have been issued for an incoming five-story building. Located at 3217 N. Clark St, the mixed-use project will replace a surface parking lot just off the intersection of W Belmont Ave and N Clark St. Led by developer JAB Real Estate, the new infill project will rise between two existing structures. 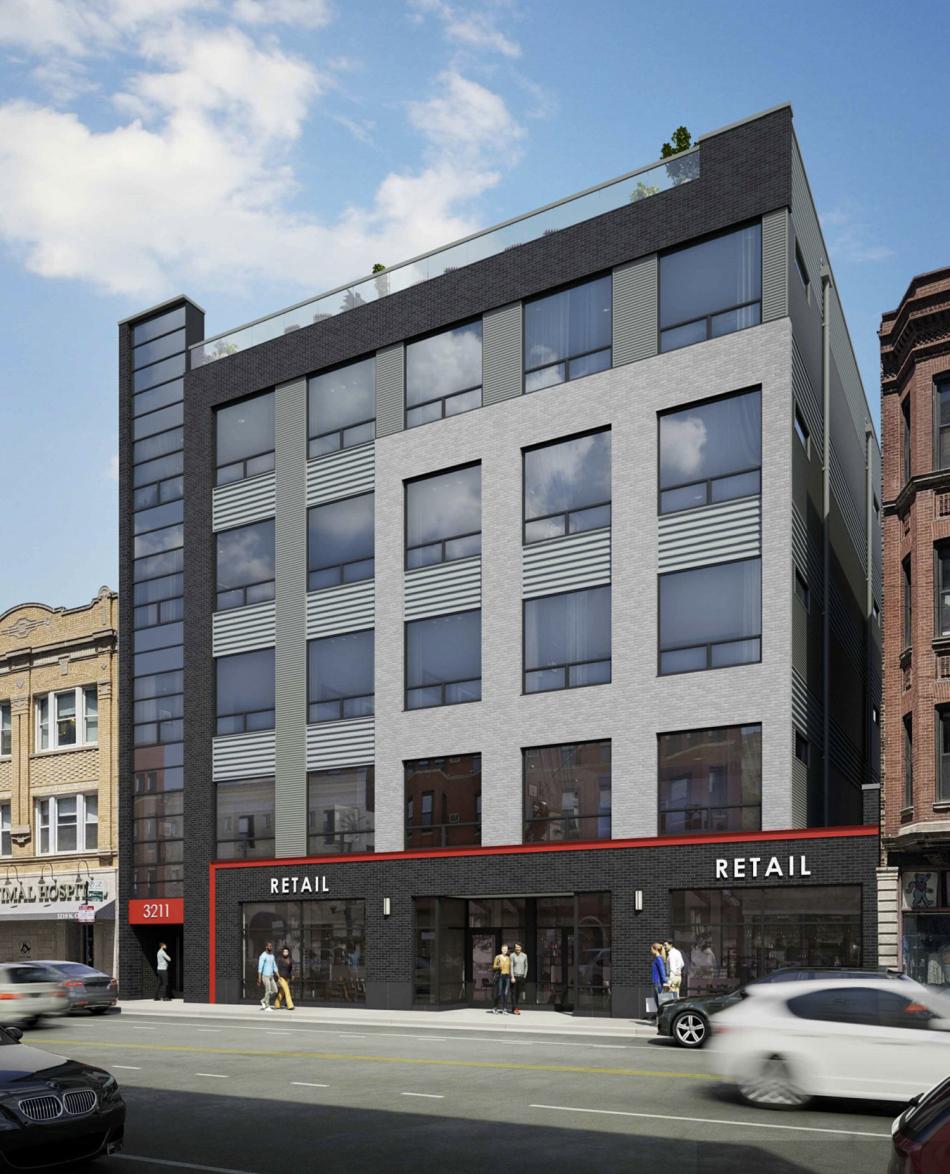 Originally revealed in August via renderings submitted to the 44th ward office, the development proceeds without city oversight as it is a by-right project, requiring no zoning changes or variances. With a design by Sullivan Goulette Wilson Architects, the project will hold ground-floor retail space and 32 units above. The rental apartments will be a mix of one- and two-bedroom dwellings. 20 car parking spaces will be provided on the ground floor, with 17 of them inside an interior garage and the last three located along the alley. Bike parking will also be available.

Rising 70 feet, the edifice will be made up of light and dark gray brick panels, with corrugated metal panel infill. A vertical glass stripe runs up the northern end of the front facade, rising above the residential entry. Windows will be expressed as punched openings with black mullions. Metal balconies will hang off the rear facade, and a common rooftop deck will overlook N. Clark St for all tenants.

With a full building permit in hand, the developer can proceed with construction. A permit for the building’s foundation was separately issued in mid-November. The two permits have a combined reported cost of $12 million, and Midwest Heritage Builders LLC will be the general contractor. It is unclear when the building is expected to be completed.