A 414-foot-tall tower with 433 apartments is one step closer to replacing the low-rise Revel event space at 1215 W. Fulton Market. Developer Fulton Street Companies won preliminary zoning approval for its 34-story project at the Thursday's meeting of the Chicago Plan Commission.

The $160 million proposal includes ground-floor retail, a fifth-floor resident amenity deck, and 80 parking spaces in an underground garage. The northern lower portion of the tower "floats" above street level to create a publicly accessible plaza with green space.

The design of the high-rise features a masonry base topped by a glass and metal-clad upper floors with X-shaped crossbracing. Little about the building's appearance changed since the last community meeting in May, with the exception of balconies added to the western facade of the tower. 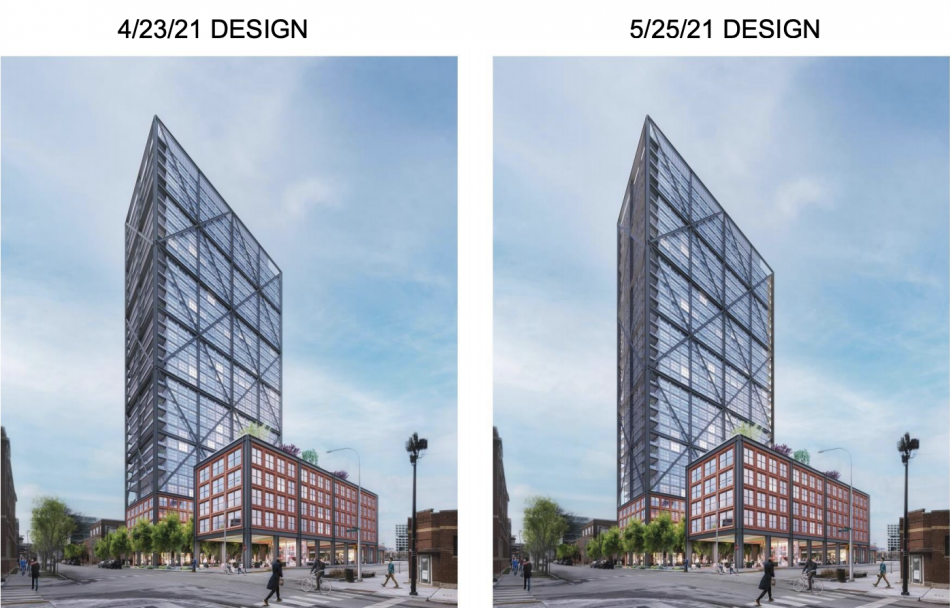 The city's requires 20 percent affordable housing and 1215 W. Fulton will provide all 87 of those units on-site. The team promised to work for the Department of Housing to provide an additional 43 below-market-rate units off-site for a total of 30 percent affordable housing. The development will also contribute over $4 million to the city's Neighborhood Opportunity Fund. 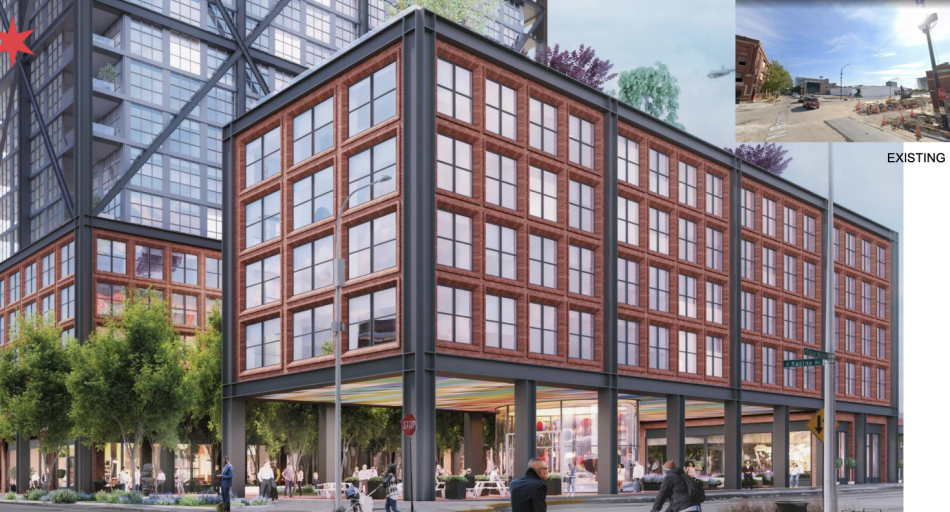 At Thursday's, meeting Planning Commissioner Maurice Cox praised the project for its contextual design and the manner in which it meets the ground. "To dedicate this much space to the public realm is really a wonderful precedent," Cox said. "We will be showing it to other developers as a way to talk about how we can increase public space."

Fulton Street Companies will need approvals from the Committee on Zoning and City Council before it can break ground. The development team said at May's community meeting that it hopes to start construction in the early fall of 2022 and deliver the new high-rise in late 2023 or early 2024.