Lexington Homes has submitted paperwork with the city to redevelop the former DePaul College Prep campus at the northeast corner of California Avenue and Addison Street in Irving Park. If approved, the plan would bring 357 residences to the 7.3-acre riverfront parcel.

DePaul College Prep announced in mid-2019 that it would move to a new campus in Roscoe Village. The Catholic high school's land, which is owned by the Congregation of the Resurrection, hit the market later that year, Crain's reported.

Lexington's proposal calls for a mix of rental and for-sale residences comprising 88 townhouses at the north portion of the site and a six-story, multi-family building with 269 units and 3,000 square feet of commercial space at the property's southern edge. Pappageorge Haymes Partners is listed as the project's design architect. 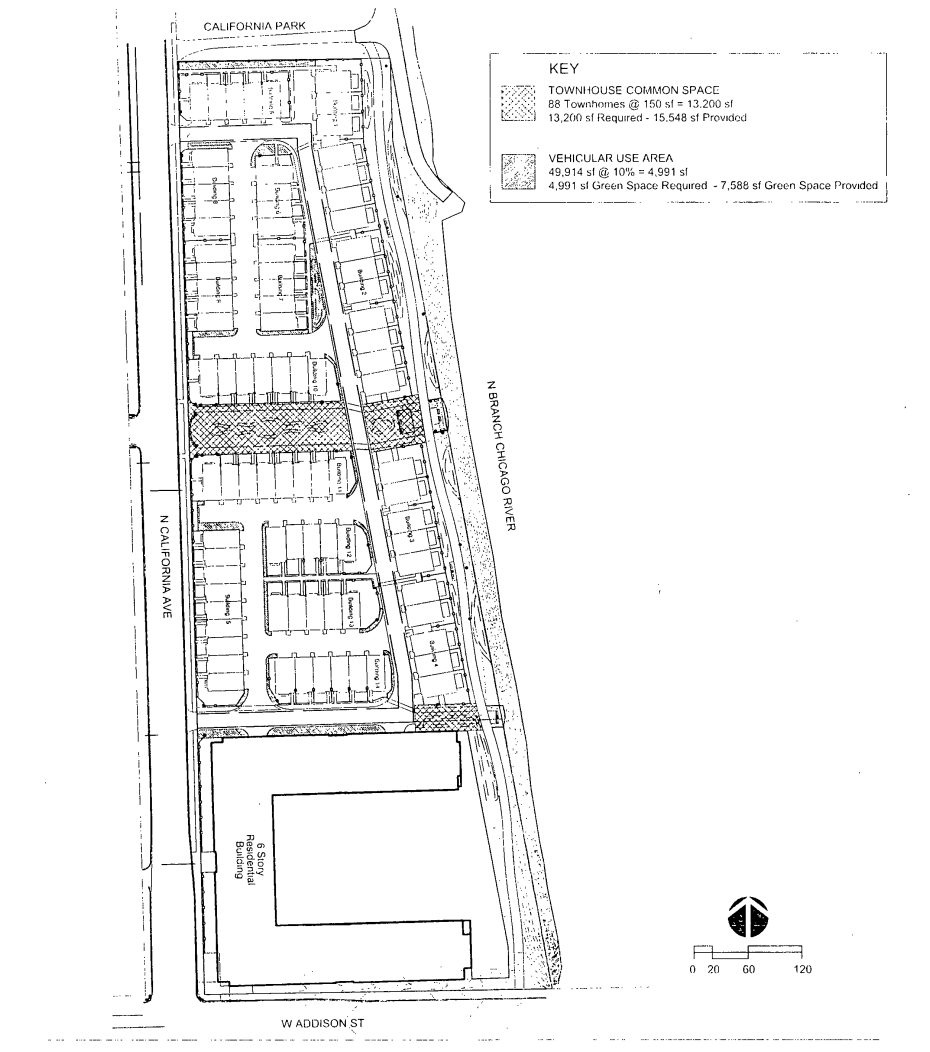 The plan would also include 391 parking spaces and a landscaped riverwalk connecting to the Riverview Bridge, a 1,000-foot-long pedestrian and bike connection completed in 2019. The development team will seek a zoning change and a Residential-Waterway Planned Development application due to the site's location along the north branch of the Chicago River.

The city’s current Affordable Requirements Ordinance requires the developer to set aside 10 percent affordable housing. Lexington “has agreed to satisfy its affordable housing obligation by providing a combination of in-lieu payments and required affordable units in the rental/for sale buildings,” according to the zoning application.

The proposal will need to navigate the Community Driven Zoning and Development (CDZD) process put in place by Ald. Rossana Rodriguez (33rd). The alderperson’s zoning and economic development manager was not immediately available for comment on the project, and no community meetings have been scheduled, according to the 33rd Ward website.

The Chicago Plan Commission, Committee on Zoning, and City Council would also have to sign off on Lexington’s plans for the former DePaul College Prep site. 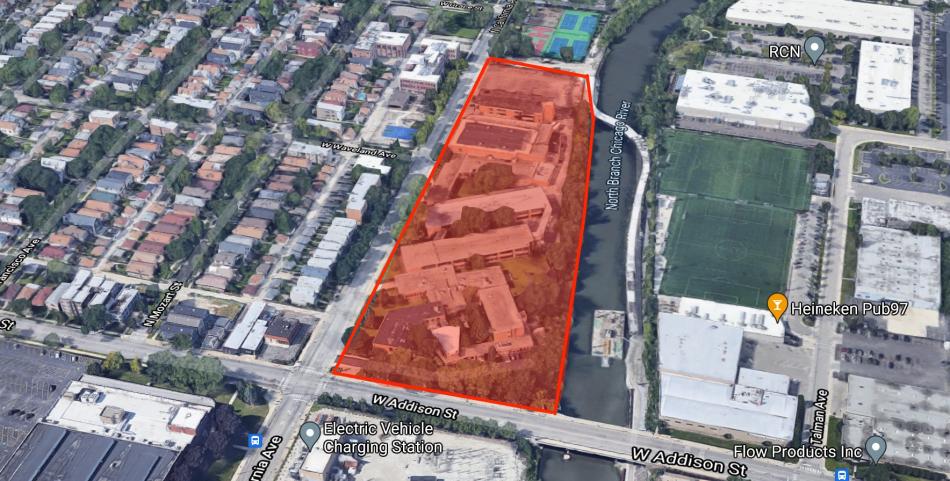