The upcoming 41-story residential tower known as The Reed at Southbank is one step closer to rising along the south branch of the Chicago River after scoring its first construction permit this week.

Crews from developer/contractor Lendlease have been preparing the site at 234 W. Polk Street for several months. The prep work involved shoring up underground tunnels beneath the site, Linda Kozloski of Lendlease told Urbanize in March. The newly issued building permit allows for work to begin on the tower's foundation. 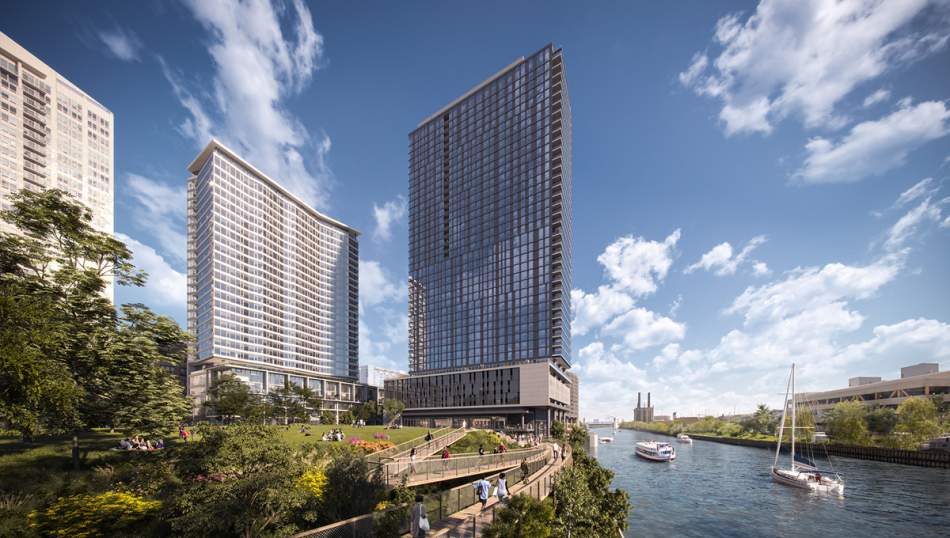 The Reed (center) will rise between the banks of the Chicago River and an existing apartment tower known as the Cooper (left).Courtesy Lendlease

Designed by architecture firm Perkins + Will, The Reed will eventually rise 447 feet and deliver 224 apartments and 216 for-sale condos—priced from $400,000 to $1.4 million—when it opens in summer 2023. The project also includes a full suite of indoor/outdoor amenities and a riverwalk extension, which will pass beneath the western edge of The Reed and connect to Polk Street and a planned water taxi stop.

The riverfront high-rise represents the second phase of the 7-acre Southbank master development. It joins an existing 29-story apartment tower called The Cooper and the 2-acre publicly accessible Southbank Park. Future phases of the Southbank plan are subject to change but currently call for a pair of 40- and 42-story residential towers along the site's northernmost edge.