A new tower at 808 N. Cleveland Avenue has received its full building permit, with construction already underway. Located at the northeast corner of W. Chicago Avenue and N. Cleveland Avenue, the 23-story building will replace an overgrown vacant lot. Chicago-based DAC Developments is leading the venture with Pappageorge Haymes Partners behind the design.

Initially pitched as a 24-story hotel tower two years ago, the development was pivoted to rental apartments. The building will hold 200 units, rising 284 feet above the sidewalk. The glass and concrete structure will also hold 20,000 square feet of office space, 7,500 square feet of retail space, and 99 car parking spaces in the podium. Resident amenities include a swimming pool, spa, fitness facilities, co-working space, a game room, a party room, an arts and crafts room, a dog run, and a pet spa. 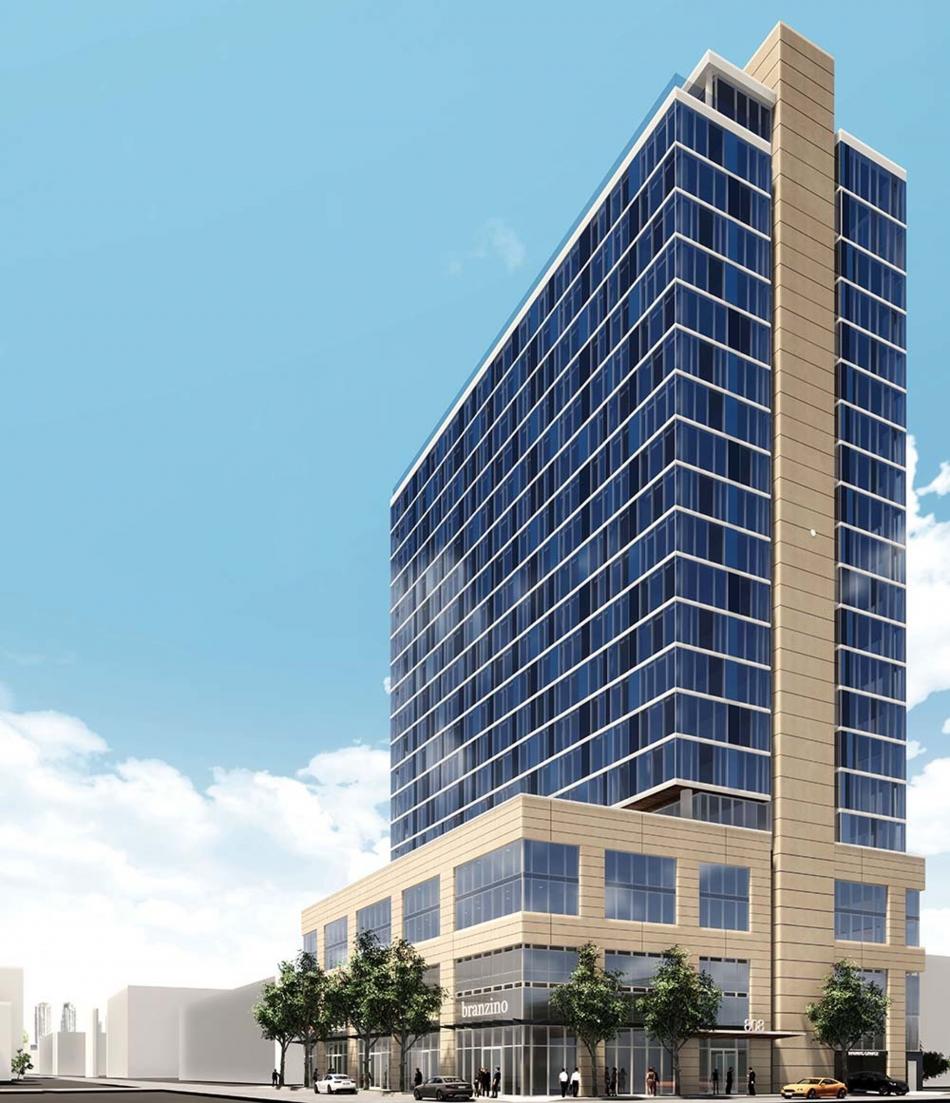 808 Cleveland is located kiddy corner from The Hudson apartments, with the Chicago Lights Urban Farm and CHA Cabrini Green rowhouses next door. Despite being on the north side of Chicago Avenue, the developers are labeling it as River North. For Urbanize’s purposes, the development will be labeled under the Near North Side.

With Focus Construction as the general contractor, work is expected to take approximately 18 months to completion, with an estimated completion in early 2023. Foundation and tower crane permits were issued at the beginning of October, with that work already fully underway.