The City Council followed the Committee on Zoning in approving the rezoning for the residential development at 8535 W. Higgins Road. The property is currently a parking lot for the Marriott Chicago O’Hare hotel, bound to the south by the 12-story hotel and W Higgins Road to the north. Glenstar is the developer behind the venture.

Designed by FitzGerald Associates, the development will be a seven-story structure holding 297 residential units. Rising 90 feet, the project will be a three-pronged courtyard-style building with varied exterior cladding including fiber cement board, ribbed metal panels, and face brick. 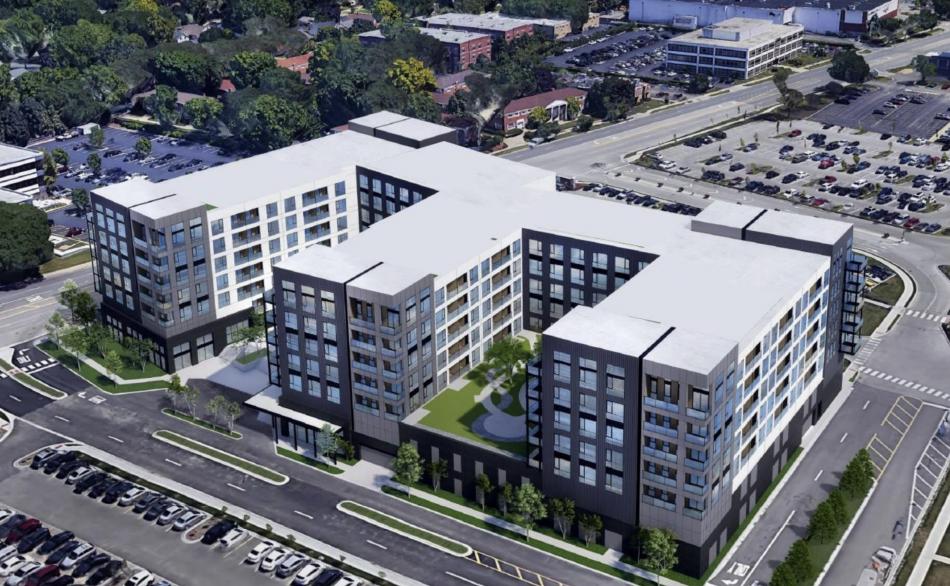 The $91 million development will produce 59 affordable units on-site, making up 20% of the total units. The affordable apartments will be made up of 17 studios, 24 one-beds, and 18 two-beds. 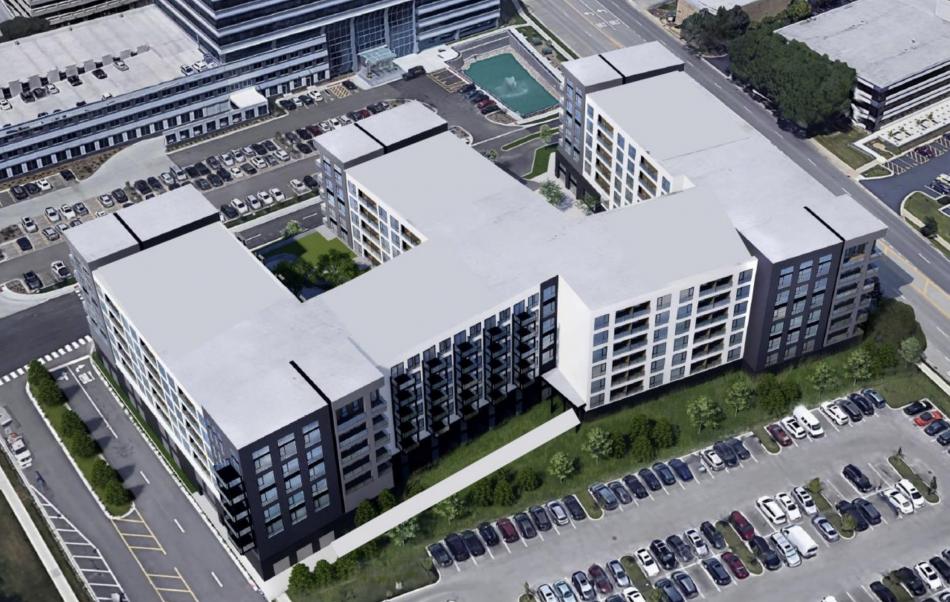 This approval comes as a rare rebuke of aldermanic prerogative in the city. Typically, aldermen have veto power over proposed rezonings in their ward. Located in the 41st ward, the project has been opposed by Alderman Napolitano for years. The project was originally proposed in 2016 and was approved by the Chicago Plan Commission, only to be denied by the Committee on Zoning at that time at Alderman Napolitano’s request.

In the years since, the alderman and a group of community members have continued to oppose the project. Glenstar resubmitted the rezoning and Planned Development application in May 2021. The Committee on Zoning voted to table the project until February 2022, but the developers got it added onto the Chicago Plan Commission meeting in August where it got approved. The Committee on Zoning approved it on Tuesday in a 12-5 vote, forwarding it to the City Council Wednesday. Ultimately, the council approved it in a 33-13 vote, officially granting the project zoning entitlements and rebuking the NW side alderman.