Alderman Rossanna Rodriguez, of the 33th Ward, has announced to her constituents that she has formally denied the zoning change request to redevelop the former DePaul College Prep campus. Located along the North Branch of the Chicago River, the site reaches from W Addison St to W Grace St along N California Ave. 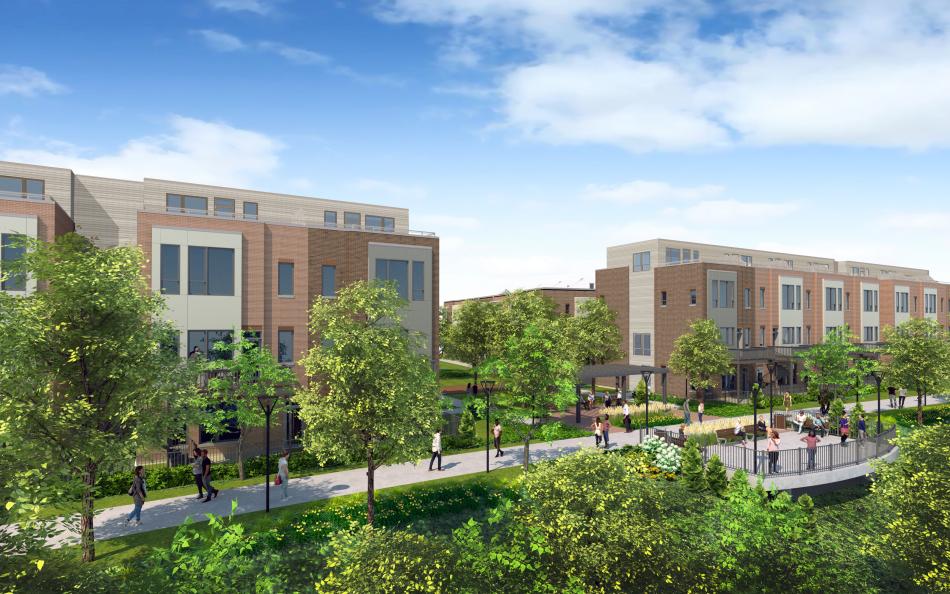 The proposal, submitted by Lexington Homes, would have replaced the 7.3-acre school site with 357 residential units. The plan called for a mix of rental and for-sale dwellings, with 88 townhomes on the northern portion of the site and a six-story mixed-use building at the intersection of W Addison St. and N California Ave.

With a design by Pappageorge Haymes Partners, the 70-foot-tall building would have featured 3,000 square feet of retail space along W Addison St and 269 units on the upper floors. The plan would have included 391 parking spaces as well as a new portion of landscaped riverwalk that would connect to the Riverview Bridge. 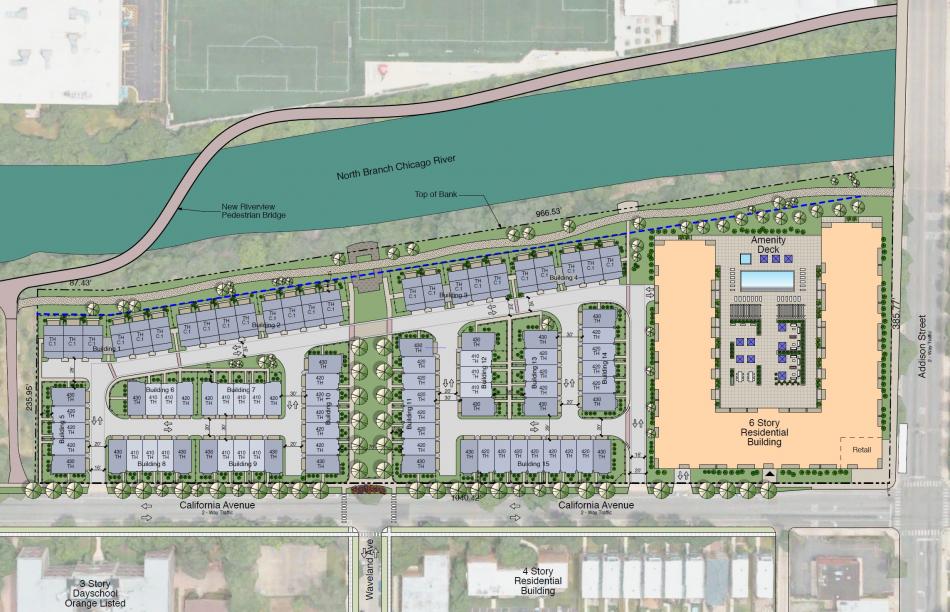 According to a statement from the alderman, community members expressed strong opposition to the proposal during the process of soliciting feedback in the alderman’s Community Driven Zoning and Development (CDZD) process. The alderman stated that the developer offered to make changes to their proposal, however said changes were supposed to be submitted in November and those modifications have not been submitted to this date.

The alderman noted that a majority of the ward’s neighbor-led organizations in the area of the site have also expressed opposition to this project due to its height, significant density, a design that does not fit the current character of its surroundings, its obstruction to access to the river and current public space, and its obstruction to current green space, among other concerns. According to the release, the community has clearly expressed that they would strongly prefer a development project that preserves open green space, with an environmental focus that can better serve the community.