Chicago Office Tower Valued at Over $1 Billion in Purchase by Oak Hill Advisors: A venture led by Oak Hill Advisors has agreed to buy a controlling interest in a new 55-story office tower in Chicago in the latest sign that investors are paying up for modern, amenity-rich office buildings despite uncertainty over the return to office. Oak Hill has agreed to buy 110 North Wacker Drive from Howard Hughes Corp. in a deal that values the 1.5-million-square-foot skyscraper at more than $1 billion, according to people familiar with the matter. That would be the highest price paid for a Chicago property building since the beginning of the pandemic. (Wall Street Journal)

Chicago Humboldt Park project lands quantum computing company as tenant: The $50 million redevelopment of a cluster of old Humboldt Park warehouses backed by billionaire Morningstar founder Joe Mansueto has landed its first tenant, a deal that could bolster a project in a wholly unproven location for companies. EeroQ, a five-year-old Michigan-based venture that is designing a commercial quantum computer, has signed on to relocate its headquarters to the Terminal at 1334 N. Kostner Ave., the company and developer IBT Group said in a statement. (Crain’s Chicago Business)

ComEd turning former CME trading pit into substation: The Loop building that housed CME Group's historic trading floor until COVID-19 shut it down in 2020 is about to get a new use: generating more power for downtown. Commonwealth Edison paid $39.5 million in November for the 288,000-square-foot building at 333 S. LaSalle St., according to Cook County property records. The utility giant, which bought the five-story structure from the Chicago-based derivatives exchange, plans to turn it into a new electrical substation slated to open in 2026, a ComEd spokesman said in a statement. (Crain’s Chicago Business) 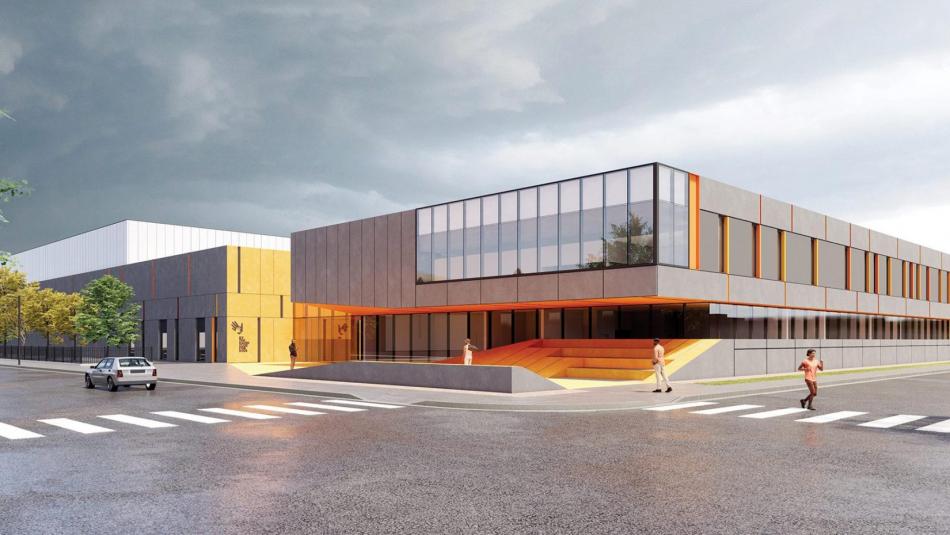 West Side Athletic Center, Affordable Housing Project Receive Grants To 'Guarantee An Equitable Recovery' From Pandemic: An initiative aimed at ensuring Black and Latino communities are not left behind as Chicago’s economy recovers from the pandemic has invested in two major developments on the West Side. Ogden Commons in North Lawndale and North Austin Community Center were among the seven South and West side projects awarded $6.7 million in grants from We Rise Together, a program from the Chicago Community Trust launched in 2020 to “guarantee an equitable recovery” from the pandemic,” Director Gloria Castillo said. (Block Club Chicago)

St Regis Chicago Crowned as Countdown’s Tallest Active Construction Project: Wrapping up 2021’s year-end countdown is the 101-story St. Regis Chicago, anchored prominently at 375 E Wacker Drive along the Chicago River. Formerly known as Vista Tower and Wanda Vista Tower, this glassy Lakeshore East goliath has been planned by Magellan Development Group and will be managed under St. Regis Hotel and Resorts (subsidiary of Marriott). The height of the tower has been reported as several different figures, including 1,196 and 1,198 feet, though planning documents appear to indicate 1,191 feet as the most precise measurement from the Riverwalk to the architectural pinnacle. (Chicago YIMBY)