It's been two and half years since the Chicago Department of Aviation broke ground on a planned renovation and expansion of Terminal 5 at O'Hare International Airport. The $1.2 billion project is starting to come together, according to aerial photos courtesy of subcontractor FH Paschen. 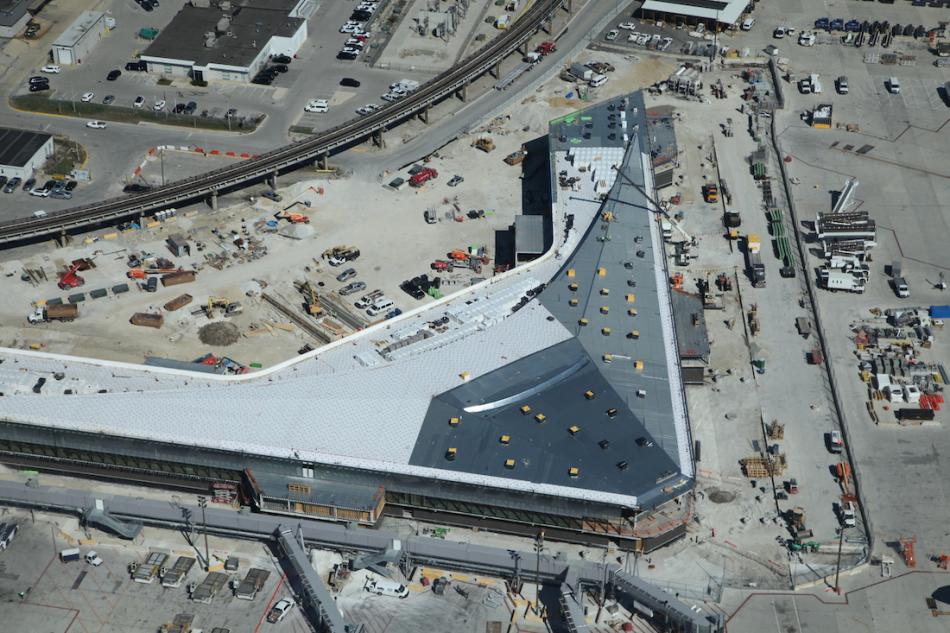 The wedge-shaped addition will span 350,000 square feet and provide 10 new gates to increase the terminal's gate capacity by 25 percent. A further 750,000 square feet within the existing structure is also being remodeled to accommodate expanded security checkpoints, reconfigured immigration and customs, improved baggage handling systems, and space for airline lounges, concessions, and other passenger amenities.

Although T5 is primarily currently used by overseas carriers, the renovation will allow it to handle both international and domestic flights. Delta Airlines is expected to make the move to Terminal 5 from its current location at Terminal 2 once the project is complete. Construction should wrap up near the end of 2021 and welcome passengers in 2022. 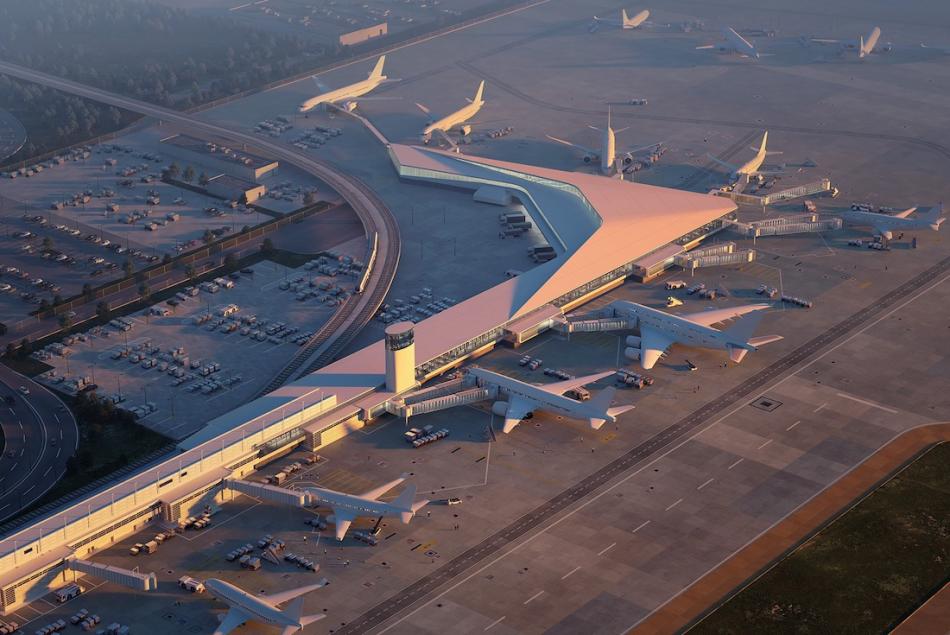 The renovated T5 is just one piece of the much larger $8.5 billion O'Hare 21 plan to modernize the airport to fit the needs of the 21st century. The crown jewel in the effort will be the eventual construction of the O'Hare Global Terminal—designed by a team lead by Studio Gang Architects—slated to replace Terminal 2. The plan also includes an underground connection to a pair of new satellite terminals designed by Skidmore, Owings & Merrill.