The prospect of the Chicago Bears leaving their longtime home at Soldier Field and building a new stadium in suburban Arlington Heights just became a little more real: The team signed a purchase and sale agreement for the 326-acre Arlington International Racecourse property.

News of the deal—which still hasn't closed—was first reported by The Athletic and later confirmed by the Bears, Arlington Racecourse owner Churchill Downs, and Chicago Mayor Lori Lightfoot. It comes roughly two months after the Bears submitted a bid to purchase the sprawling northwest suburban site.

"We are excited to have executed a Purchase and Sale Agreement (PSA) for the Arlington Park property," Bears president and CEO Ted Phillips said in a statement Wednesday. "We are grateful to Churchill Downs Incorporated for their efforts to reach this point...  Finalizing the PSA was the critical next step in continuing our exploration of the property and its potential."

The team's dissatisfaction with Soldier Field and its Chicago Park District owners boils down to money. The stadium is geographically landlocked and one of the smallest capacity venues in the league. It doesn't offer the team revenue-generating perks such as a nearby entertainment district, on-site sports betting, or the option for a stadium naming rights deal. The team's lease with the city runs through 2033, but the Bears could theoretically break the agreement as early as 2026 and pay an $84 million penalty.

If the Bears go through with the move, it could also threaten the viability of the massive One Central real estate development proposed for the air rights above the rail tracks just west of Soldier Field. One Central developer Bob Dunn redeveloped land adjacent to stadiums for the Detroit Lions, Minnesota Vikings, and Green Bay Packers and is likely expecting the Bears to stay put. Conversely, if One Central is approved and built, the megaproject could potentially partner with the Bears and provide the year-round entertainment district and sportsbook the team appears to need so badly. 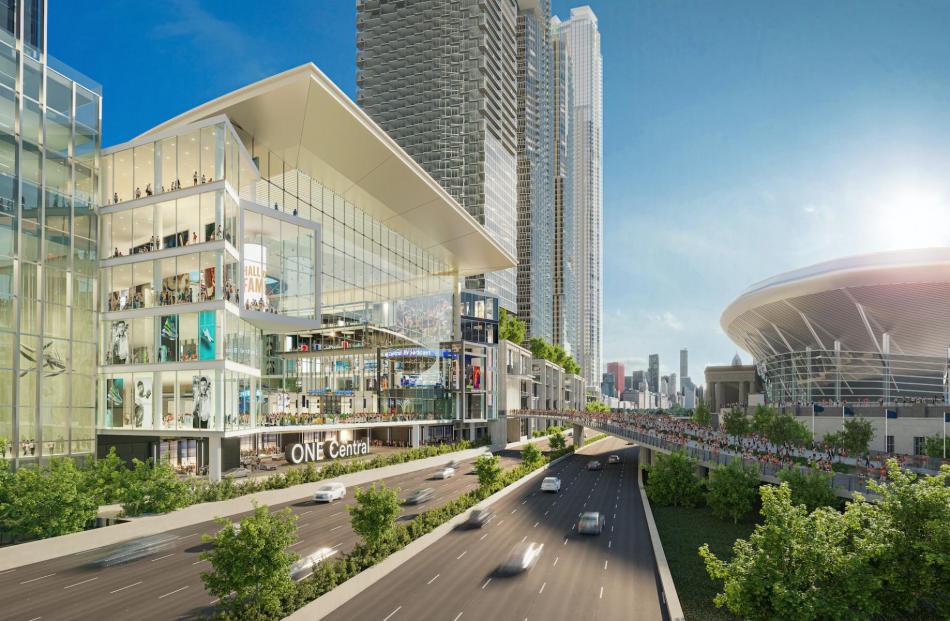 A rendering of the One Central. Can the megadevelopment still happen with no NFL team at Soldier Field?Landmark Development/Gensler

On September 25, Arlington Racecourse held what was likely to be its last horse races. The suburban location benefits from a Metra stop but is still some 25 miles northwest of the current stadium. The venue opened in the late 1920s, and its impressive main grandstand was designed by architecture firm Skidmore, Owings and Merril in the 1980s.