The Far South Side facility is home to the area's only hydraulically banked running oval which relies on movable cylinders to vary the angle of the turns. These banked sections of the track can lay flat to accommodate other uses including volleyball, basketball, and non-sporting events.

"This is only the 12th indoor hydraulically banked track of its kind in the U.S., so it was crucial to use the best trade partners to build the track system, which features a complicated series of jacks and pumps within pits at both ends of the track, and all supporting construction such as the super-flat concrete floors," said Andy Totten of McHugh Construction in a statement. 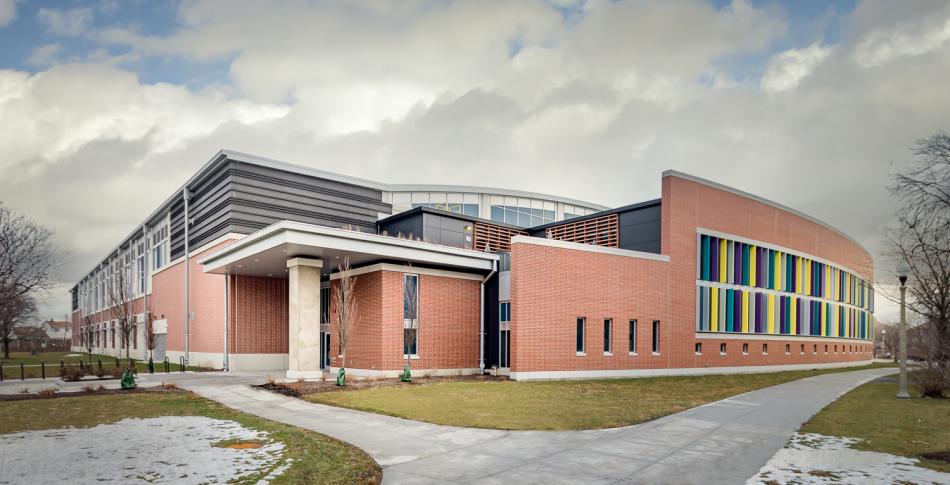 According to its designers, the building’s exterior harkens back to the classic structures in the surrounding Pullman neighborhood while incorporating modern touches.Courtesy McHugh/Bowa Construction

The new sports and recreation center was designed by Itasca, Illinois-based Williams Architects. The exterior is wrapped in an aluminum and glass curtainwall, brick-clad architectural precast concrete, traditional masonry veneer, and metal panels. To achieve a column-free layout, the structure's roof was constructed in six massive sections, each spanning 252 by 20 feet and weighing 120 tons.

The Gately Indoor Track and Field complex also houses After School Matters programming designed by Eckenhoff Saunders. Amenities include a dance and exercise studio, a culinary teaching kitchen, gathering spaces, a rooftop deck and garden, and multipurpose labs for art, music, science, and technology. Participants and the public will also have access to new baseball fields at Gately Park.

First announced back in 2014, the project faced early delays due to Illinois's ongoing budgetary crisis but ultimately secured funding through a combination of city, park district, and private sources—including gifts from Exelon Corporation, Mellody Hobson, and George Lucas. The facility broke ground in mid-2018.

The new indoor track is an encouraging development within the greater Pullman community. The facility joins the recently completed Pullman ArtSpace Lofts, the neighborhood's first new multifamily development in more than 60 years. 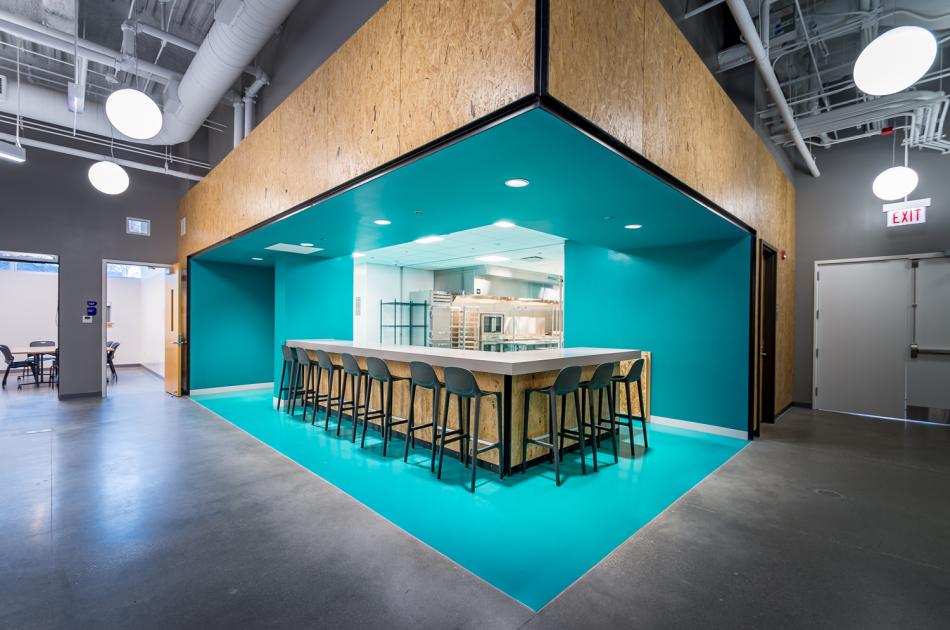 A culinary teaching kitchen at the new Indoor Track & Field Facility at Gately Park is part of the After School Matters space, which also includes dance and exercise studios, a rooftop garden, and multipurpose labs.Courtesy McHugh/Bowa Construction