In an announcement that was linked with the two-year anniversary of Invest South/West, Mayor Lori Lightfoot announced the winners of three more RFP’s, including the North Avenue RFP in Humboldt Park. This RFP, as well as the other two, were selected from a pool of developer responses that came after the RFP’s were announced in April by the Department of Planning and Development (DPD).

Team Pioneros was selected as the winner of the W. North Avenue RFP in Humboldt Park. Expected to cost $53.9 million, the winning proposal occupies the site at the northwest corner of W. North Avenue and N. Pulaski Road. The development will renovate and restore the currently vacant Pioneer Bank Building and repurpose it as an entrepreneurial incubator space, Latino cultural center, and office space for the team’s architect, JGMA. 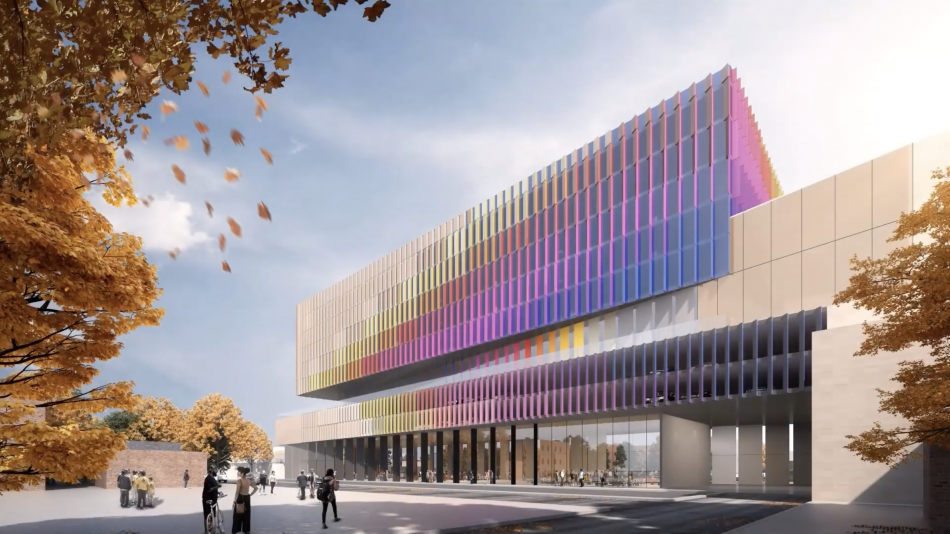 Led by Park Row Development, the project will redevelop an existing three-quarter acre surface parking lot, building a nine-story mixed-use building in its place adjacent to the bank building. The new structure will hold 75 units of affordable housing, offices for Humboldt Park Family Health, and a potential public library branch.

The winning design will need to go through refinements via an additional community engagement process before going through the official review and approval process of the city. Approvals will potentially be required from the Community Development Commission, Chicago Plan Commission, Committee on Zoning, and the full Chicago City Council. A hearing in front of the Committee on Design is also expected. Construction is reportedly expected to begin by Fall 2022 with All Construction Group selected as the contractor by the development team.