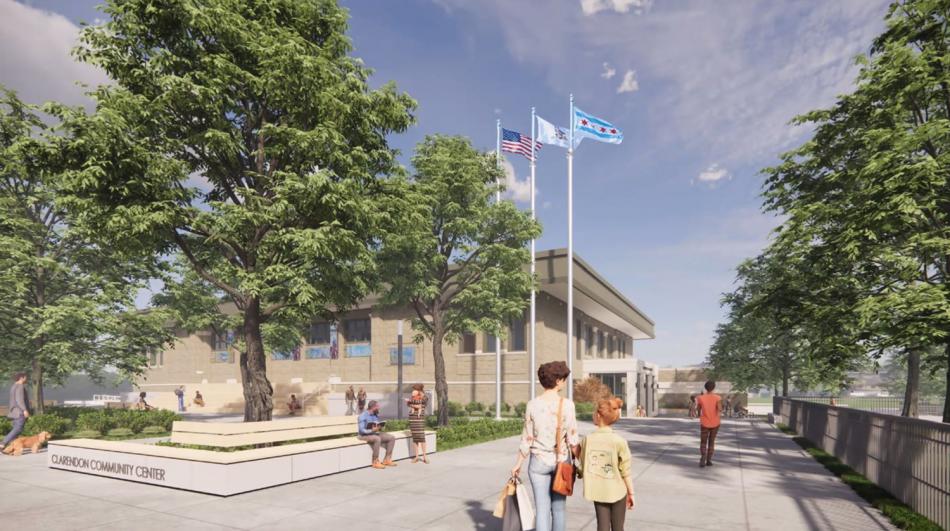 Originally built in 1916 as a beach bathhouse, the last time the center was renovated was in the 1970s. With a design by Booth Hansen, the renovation will accommodate the full range of users and make the entire building fully accessible. It will also upgrade finishes, lighting, mechanicals and address water infiltration issues.

The building’s lobby and southern vestibule will be completely reworked, opening the building up to make it more transparent, allowing more light into the lobby. Sightlines will be further reworked throughout the building, introducing new windows and apertured to allow light into the building. The gymnasium and fitness room will also be renovated entirely with new diminishes and equipment. 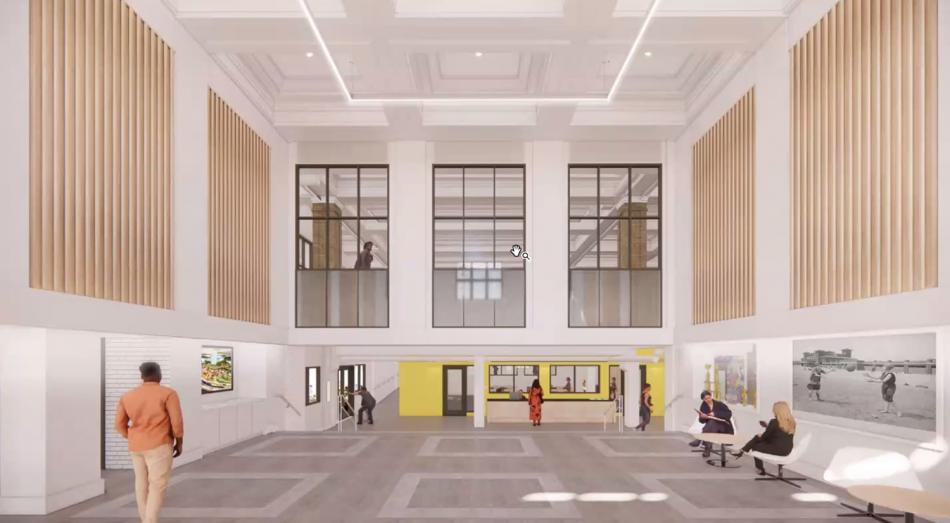 With Chicago-based Site Design Group on the project, the renovation will also rework the exterior landscaping surrounding the building. The south side of the building will act as the main entry, while the surrounding plaza facing N Clarendon Avenue will be reactivated with stepped seating, boulders, and backed benches.

With City Council approval of $10 million in TIF money, the $13 million development has now secured its financing package and can move forward. Construction was originally expected to begin in Fall 2021 when the project presented to the Plan Commission in June 2021. It is unclear what the new construction timeline is. 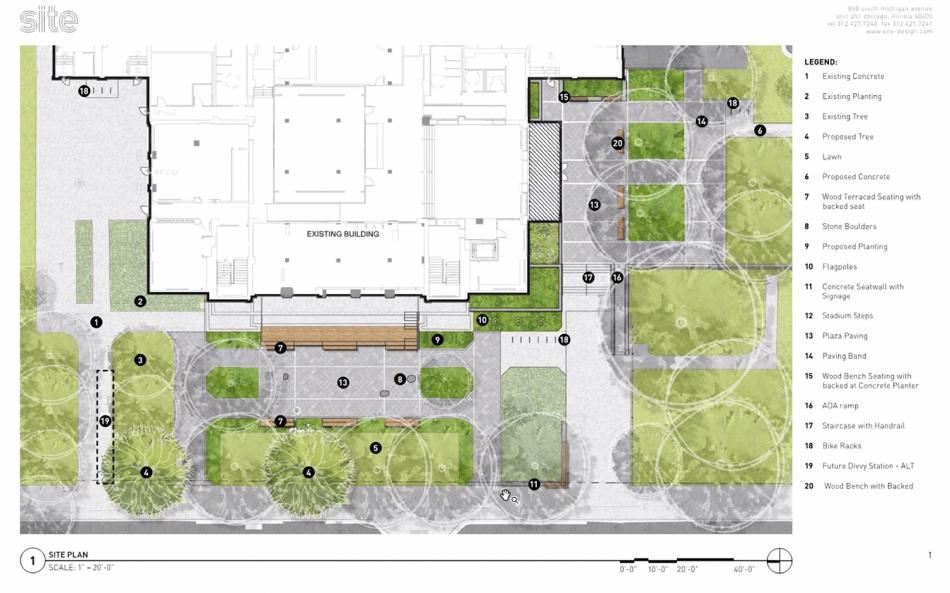