Currently owned by Property Markets Group, the city has negotiated an agreement to buy the land for $12 million. PMG was entangled in litigation with the city after a long saga of trying to develop the site. Originally pitched in 2015, the developer wanted to build 500 units and a park, but the zoning change was denied by then-alderman Danny Solis. According to Block Club Chicago, a later plan to build by-right was also blocked by the alderman by rezoning the site to a non-residential use. PMG proceeded to sue the city for using the rezoning as a way to block the project. 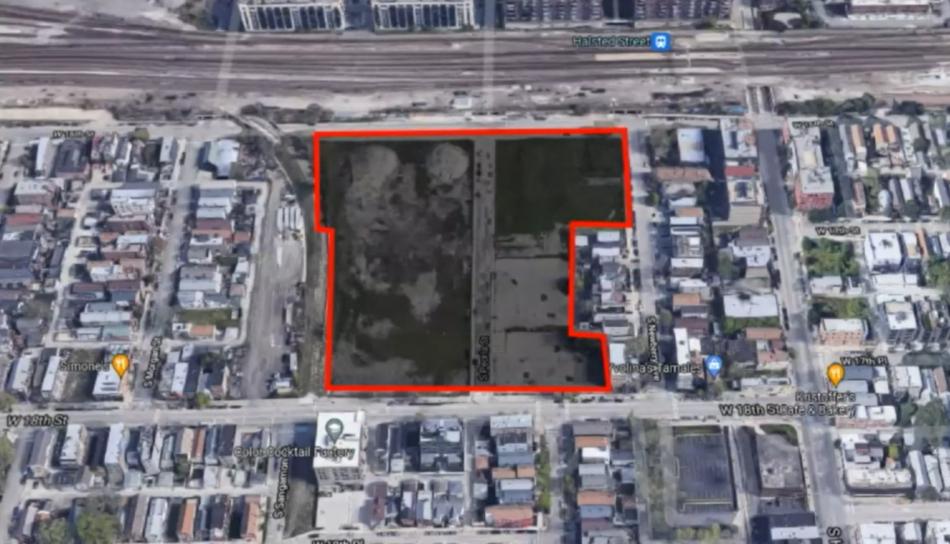 As the largest vacant site left in Pilsen, the Department of Planning and Development plans to develop affordable housing on the property through a RFP with thorough community input. According to Commissioner Cox, they will develop a framework vision that will divide the property into 6 or 7 discrete sites that should hold multiple housing types for multiple types of households. The site has been found to be contaminated from its previous industrial uses and will require remediation as part of the redevelopment.

The Department of Planning and Development and the Department of Housing hope to close on the purchase in Spring 2022, with remediation occurring from Spring 2022 until Winter 2022. Pending the completion of the RFP process, work could begin in phases on the project in Fall 2023.