The massive $3.8 billion redevelopment of Bronzeville's former Michael Reese hospital site took a major step forward this week when the Chicago City Council signed off on three key pieces of legislation. The council approved a measure authorizing the $97 million sale of the city-owned property to developers, a zoning change allowing nearly 8 million square feet worth of mixed-use buildings, and $60 million of infrastructure improvements including new roads and open space.

Dubbed Bronzeville Lakefront, the multiphase project spans 48 acres west of DuSable Lake Shore Drive between McCormick Place to the north and 31st Street to the south. The city paid $91 million for the land in 2009 to be Chicago's Olympic village as part of the city's unsuccessful bid for the 2016 games. The site has sat vacant since the hospital complex was demolished in 2009. 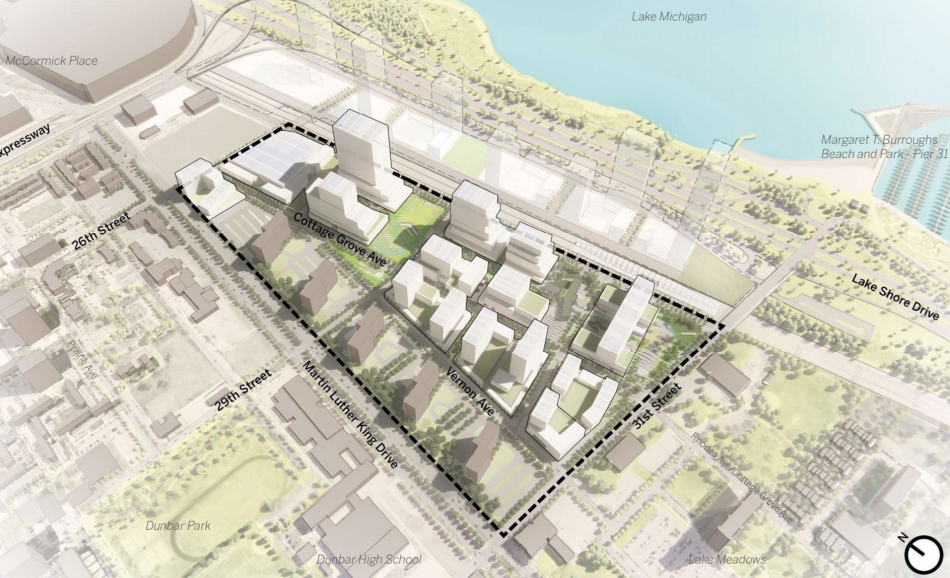 The estimated $600 million first phase will occupy the southern edge of the site, closest to 31st Street. It comprises 1.1 million square feet of development including a Bronzeville "welcome center" celebrating the community's history as well as a life sciences research complex anchored by Isreal-based Sheba Medical Center.

Phase one also includes new retail, a park, roughly 300 units of mixed-income senior housing, and the adaptive reuse of the Singer Pavillion, which is the only surviving building from the Michael Reese complex. Meanwhile, the site's existing Metra station could be expanded and possibly relocated from 27th Street to 31st Street. That work could begin as early as this fall. 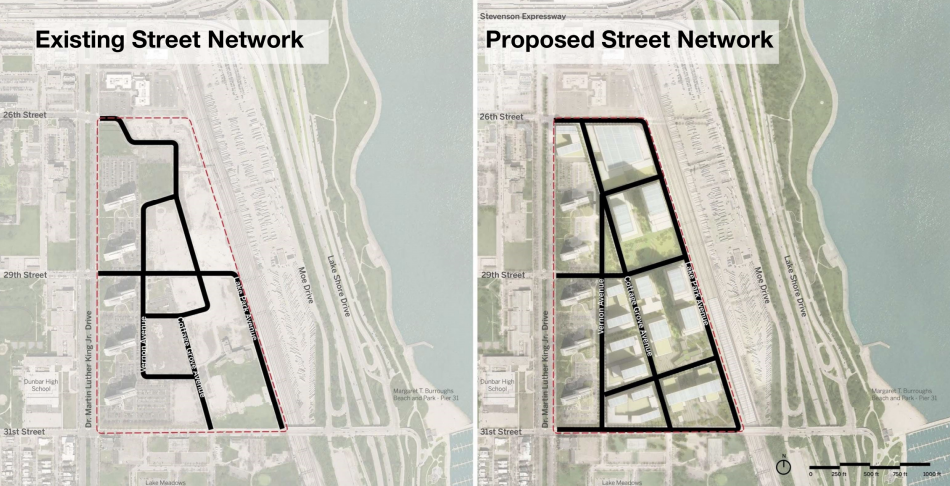 The estimated $3 billion second phase would occupy the land to the north and includes mixed-income housing, hospitality offerings, a data center, more park space, and additional life science offices and labs. Construction on the second phase won't begin until early 2023, according to the developers.

The entire Bronzeville Lakefront project will take roughly 14 years to complete. The development will provide approximately 7,000 housing units and 20 percent of the residences will be set aside as affordable or below-market-rate housing.

"This is a megadevelopment that will truly impact the entire city and, of course, the Bronzeville and Douglas communities more specifically," said Ald. Sophia King (4th) at Wednesday's City Council meeting. "While it will bring billions in economic development to the city and community, it will also bring other tangible investments."

The Bronzeville Lakefront is the largest single development project in the history of the city's South Side and is expected to create 20,000 jobs, according to the Chicago Department of Planning and Development (DPD).