In an announcement that was linked with the two-year anniversary of Invest South/West, Mayor Lori Lightfoot announced the winners of three more RFP’s, including the Chicago Avenue RFP in Humboldt Park. This RFP, as well as the other two, were selected from a pool of developer responses that came after the RFP’s were announced in April by the Department of Planning and Development (DPD).

Selected from two responses, The Ave. was deemed the winner of the Chicago Avenue RFP. Planned for the southeast corner of W. Chicago Avenue and N. Central Park Avenue, the development will replace an existing one-story commercial building. The new Gensler-designed structure will be a five-story mixed-use project. It will hold 44 mixed-income residential units in addition to approximately 21,000 square feet of restaurant, gym, and daycare space. A new office space for the Neighborhood Housing Services (NHS), which is currently located in the building on-site, will be included on the ground floor. 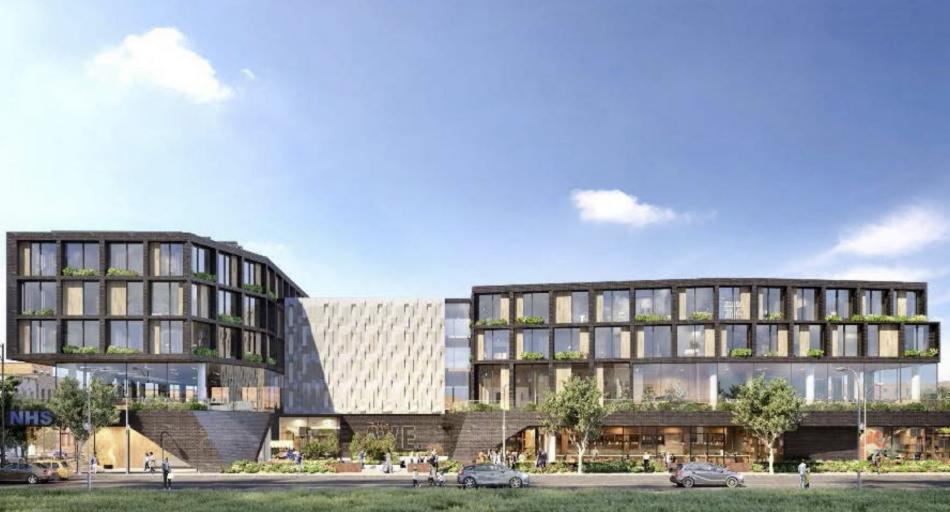 With a price tag of $25.3 million, the redevelopment is a joint venture of KMW Communities, Preservation of Affordable Housing (POAH), and CEC. The original scope of units submitted in the RFP called for 40 units, with 6 being reserved at 30% AMI and the remaining 34 at 60-80% AMI. The final affordability mix has not been revealed.

The winning design will need to go through refinements via an additional community engagement process before going through the official review and approval process of the city. Approvals will potentially be required from the Community Development Commission, Chicago Plan Commission, Committee on Zoning, and the full Chicago City Council. A hearing in front of the Committee on Design is also expected. Construction is reportedly expected to begin by Fall 2022.