"One of my highest priorities is bringing catalytic investments to our South and West Side communities, which have gone far too long without revitalization," said Mayor Lightfoot in a statement. "These new projects will allow us to do that and represent an important collaboration between our city departments and the communities we serve. I want to give a huge congratulations to all of our finalists and look forward to cutting the ribbon to their exciting, equity and inclusion-driven projects in the very near future."

The projects, which all come from minority-led partnerships, were selected in response to a Request for Proposals (RFP) issued by the Chicago Department of Planning and Development (DPD) last year. The city also selected three "runner up" bids that could be built at additional city-owned sites in North Lawndale and Bronzeville. Those projects will move forward "pending refinements to be completed in the months ahead," according to the city.

"The RFP responses exceeded our most optimistic expectations in both quality and diversity," said DPD Commissioner Maurice Cox in a statement. "As a result, we're ensuring that several of the runners-up have a way to move their projects forward on nearby City-owned sites. This is what social equity is supposed to look like at the neighborhood level."

Here's a look at the four winning proposals for the most recent batch of INVEST South/West sites:

United Yards is a $51.5 million joint venture of Celadon Partners and the Blackwood Group planned for multiple properties near Ashland Avenue and 47th Street. The DesignBridge-designed project will redevelop a vacant, city-owned parking lot at 1515 W. 47th Street with a 50-unit affordable apartment building that includes a ground floor business hub and youth programming space. United Yards was one of three proposals to respond to the RFP.

Additional phases will revitalize a largely vacant, four-story commercial building at 4701 S. Ashland Avenue with 30 senior rental apartments and a ground-floor coffee shop. Vacant land at 1641 W. 47th Street will be redeveloped with a pair of affordable three-flat buildings, and the existing supportive living center at 4707 S. Marshfield Avenue will be enhanced with a medical clinic, dialysis center, and park space. The project will create 44 permanent jobs and 330 construction jobs. 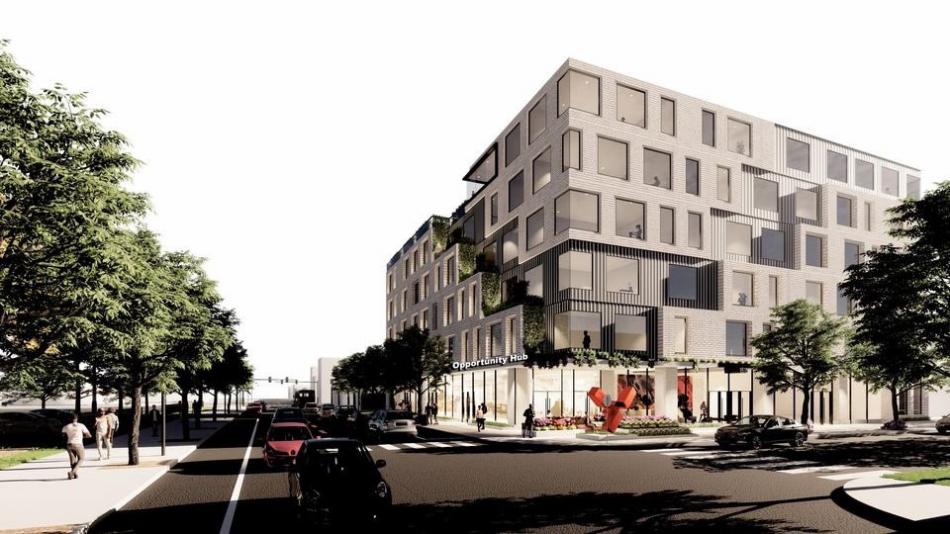 The Legacy District was one of three proposals pitched for the 0.6 acres of vacant, city-owned land on the southwest corner of 47th Street and Vincennes Avenue. The $19.2 million joint venture is led by KMW Communities and LG Development in partnership with Bronzeville Community Partners. The proposed project will create a six-story building containing 12,000 square feet of commercial space and 25 mixed-income residential units. The plan also includes an event space, an outdoor plaza that's open to the community, and a staircase that leads to landscaped rooftop gardens and an elevated urban farm. The project is expected to create 174 permanent jobs and 140 construction jobs. 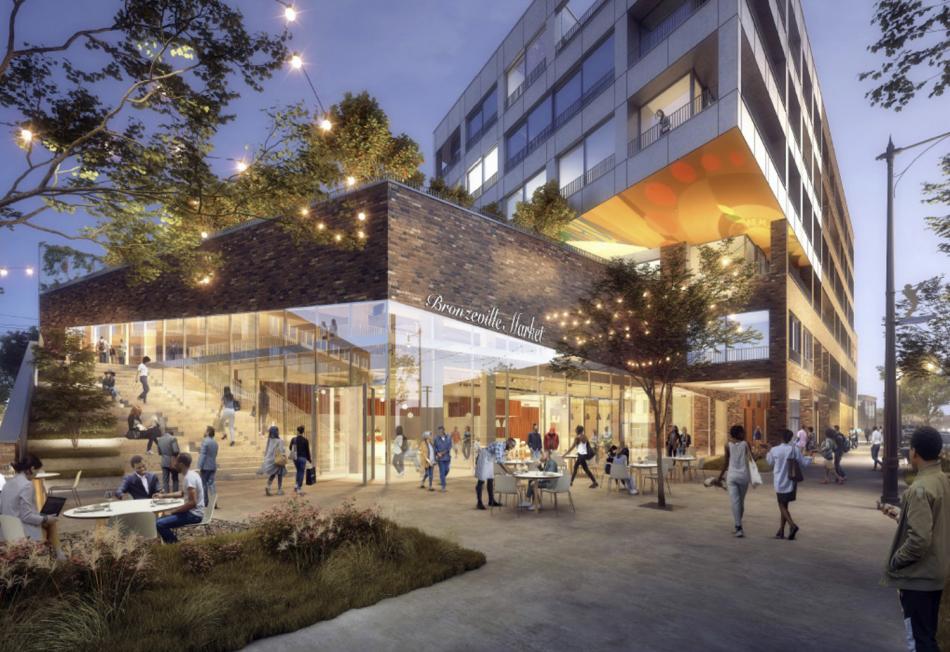 The Legacy DistrictCity of Chicago

One of six proposals pitched for the 41,500-square-foot, transit-served vacant lot at 3400 W. Ogden Avenue,  Lawndale Redefined is a $31.4 million joint venture from GRE Ventures, Imagine Group, and 548 Development. The project consists of 60 mixed-income apartments, three market-rate townhomes, retail and restaurant space, and a stand-alone community center—dubbed "The Cube"–that will offer technology and arts programming. Outdoor amenities include a plaza with public art and other cultural amenities. The project will create 30 permanent jobs and up to 120 construction jobs. 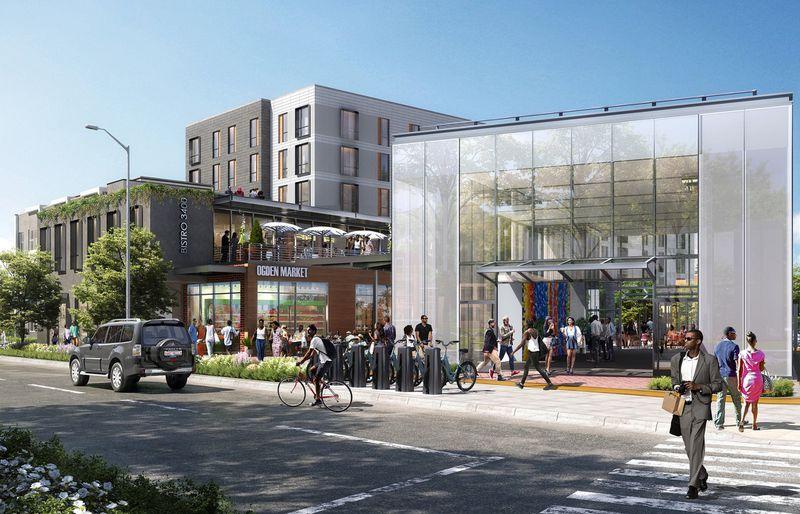 Galleria 89 is a $23.5 million project from 548 Development planned for an approximately 0.6-acre site on the 8800 block of South Commercial Avenue. The project will create a four-story building with 35 mixed-income apartments and rehab an existing, three-story building with 10 mixed-income apartments. Approximately 12,000-square-feet of commercial space on the ground floors of both buildings will include a cafe anchored by Dollop Coffee, a business center, and a bike shop. The development will create more than 60 permanent jobs and more than 100 construction jobs. 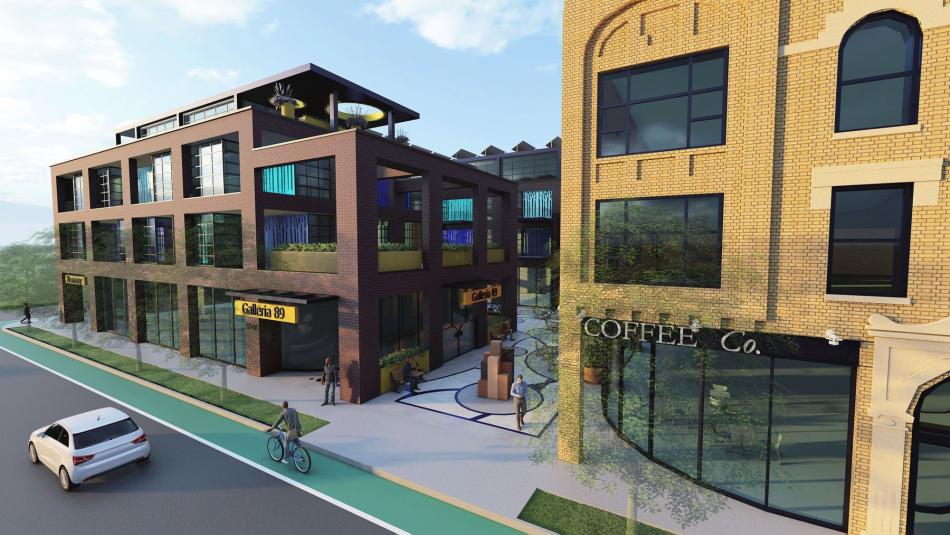