Led by local developer The Community Builders, the Assemble Chicago proposal will bring 207 affordable rental units to the heart of the Loop. Ranging from studios to two-bedrooms, the apartments will be priced for tenants earning 30 to 80 percent of the area median income (AMI). In this case, 30 percent AMI works out to $28,000 for a household of four.

Chicago architecture firm Studio Gang designed the warm, brick-colored tower in collaboration with DesignBridge and JAQ Corp. The structure will utilize low-carbon concrete that is cheaper than steel or timber construction and will be topped by solar panels, a green roof, and a rainwater capture system. 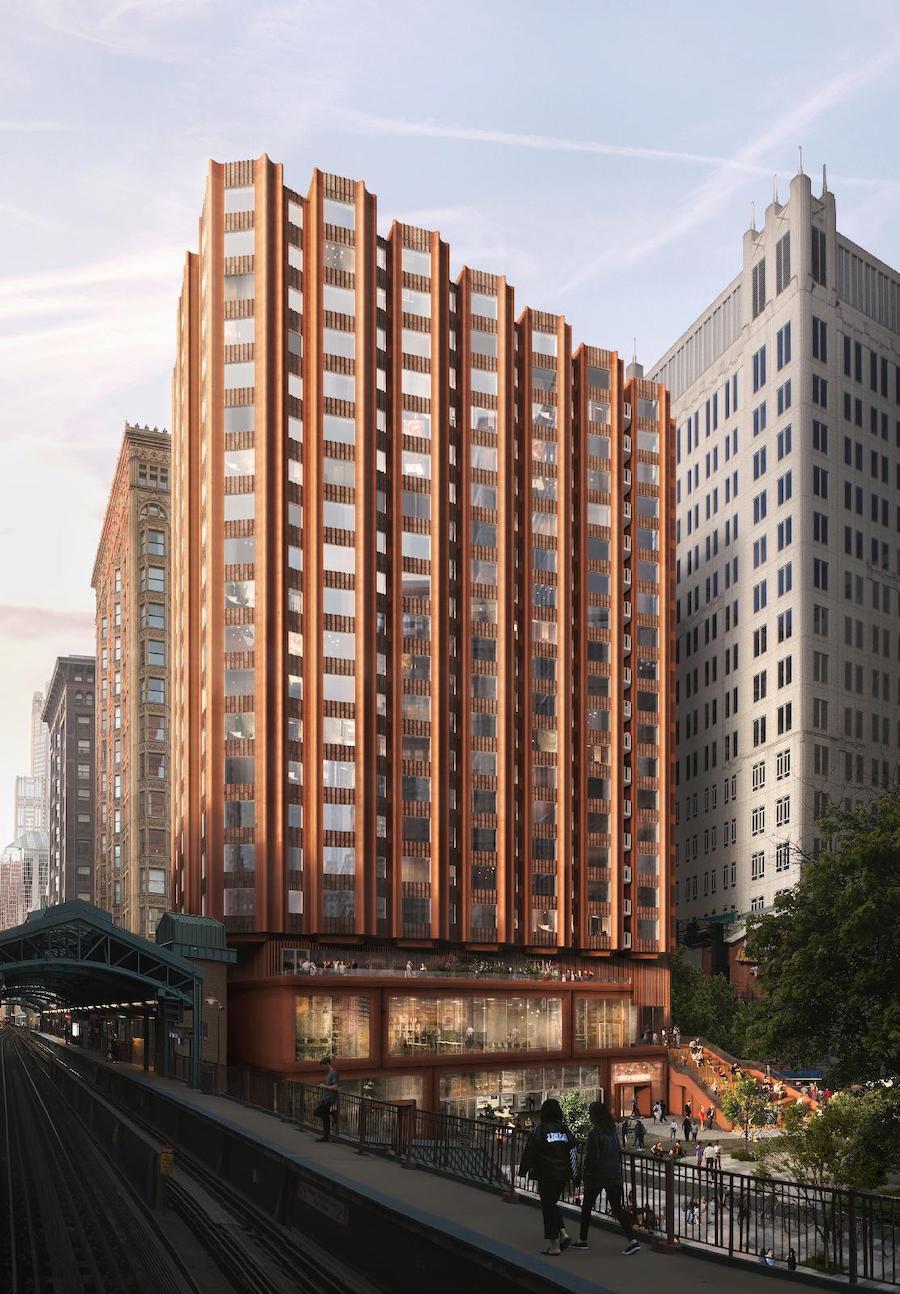 At the building's base, a grand public staircase connects to a two-level podium containing a food hall for minority-owned restaurants, a nonprofit office and meeting space, a produce grocer, and a wellness clinic. The transit-oriented development takes advantage of the adjacent L stop and has no on-site parking.

The project will also pledge roughly $2 million to the rehabilitation of neighboring Pritzker Park. Led by Site Design Group, the improvements are subject to further community engagement and review but could include new landscaping, a spray fountain, a community stage, a rain garden, and public restrooms.

Assemble Chicago beat out three other finalist designs from competing development teams. The proposal was selected for its "superior design, commitment to affordability, family-sized units, development team experience, proposed purchase price, and community feedback, among other factors," according to a city press release. 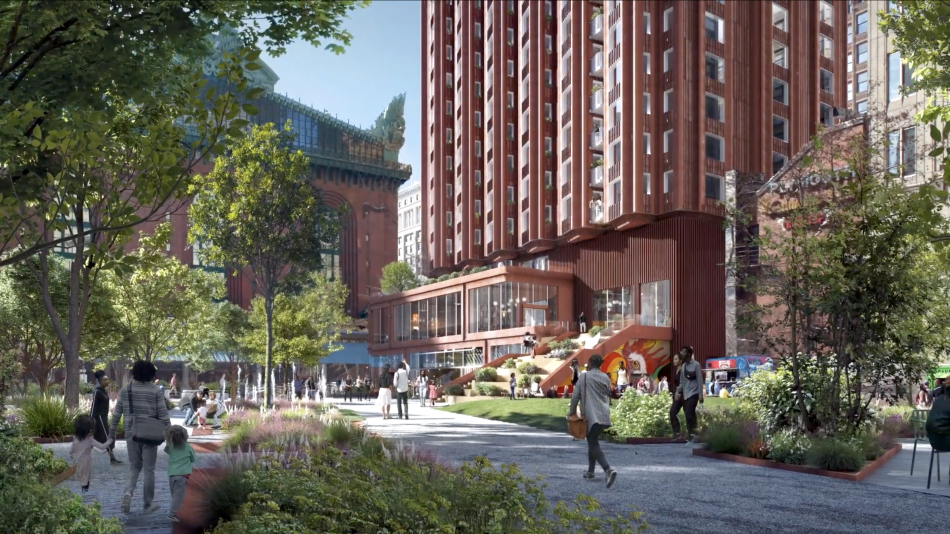 "This project is emblematic of the deeply positive impacts that community-driven neighborhood development can have on our entire city," said Mayor Lightfoot in a statement. "Not only will 'Assemble Chicago' help to address our city's need for more sustainable and affordable housing units, but it will also help to reinvigorate the surrounding Pritzker Park through infrastructure improvements."

Appraised at $7.95 million, the downtown parcel across the street from the Harold Washington Library will be sold by the city to the development team for $1, pending City Council approval. Although the city will also have to sign off on the project's zoning and other entitlements, groundbreaking could take place before the end of 2021. 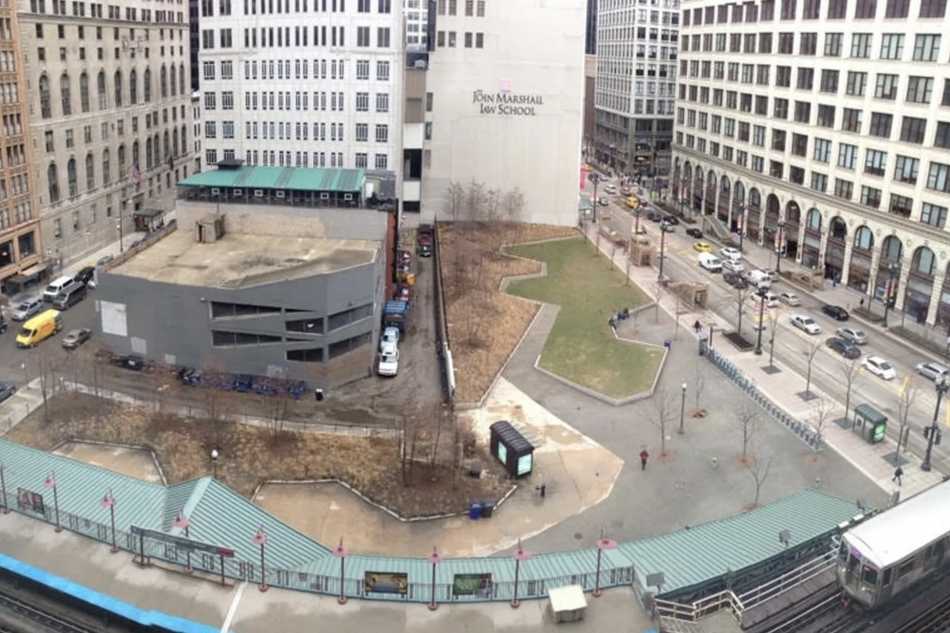 The current site is occupied by vacant land and a parking garage.. C40 Cities