The Committee on Design has reviewed the proposed Roseland Community Medical District. Planned for the Roseland neighborhood, the scope of the master plan is bounded by S. Eggleston Ave to the west, W. 110th St to the north, S. Edbrooke Ave to the east, and W. 112th St to the south. 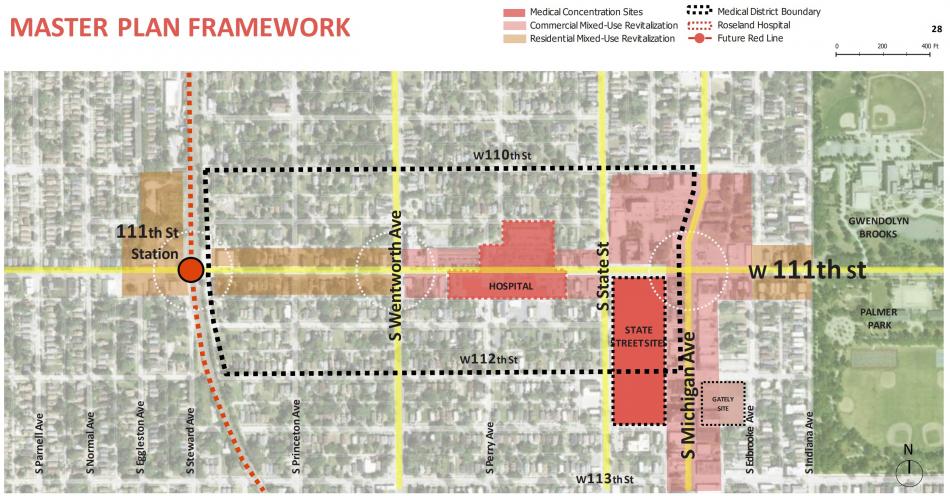 Planned for a 95-acre region, the plan looks to create a catalytic investment and drive foot traffic to the historic Michigan Ave commercial corridor. Situated within an existing urban neighborhood, the district will reinvest in the community and improve access to healthcare for the community. Working with the CTA, the plan will consider and incorporate the future Red Line extension.

With the current trend in healthcare focusing away from large, new hospitals, the district envisions new outpatient care for the neighborhood. The need for mixed-use programming is heavily weighted on outpatient goods and services for the support of healthy lifestyles. The plan looks to drive residential infill based on revitalization via the medical investments. 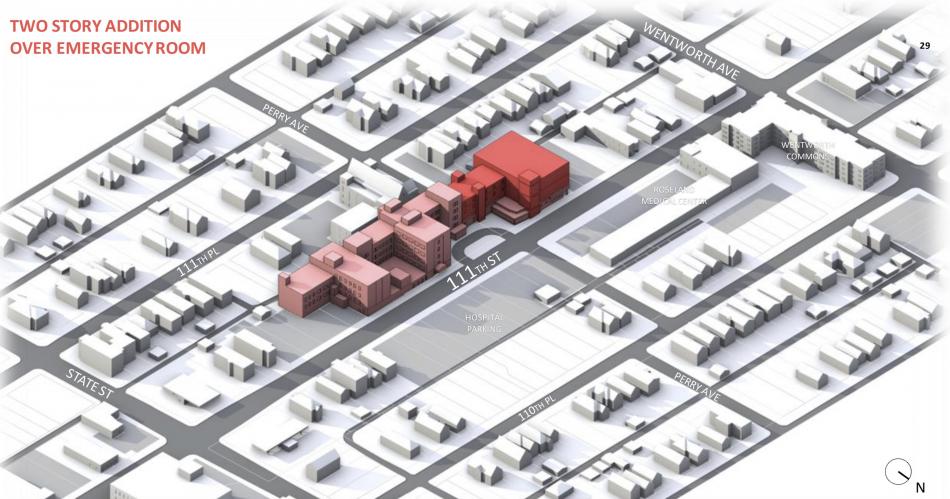 The current plan has identified the intention of the Roseland Community Hospital to build a new surgery center and child birthing space above the existing emergency room. The concept also looks to develop an outpatient campus on three large sites at the intersection of W. 111th St and S. State St.

Planned to move forward through an RFP process, the phased development would include multiple buildings that step up in height to the corner. Medical buildings will line the main street frontages, while the interior of each parcel would be used for community programming including potential supportive housing or community center space. The two programs will be split by an interior spine of green space outdoors. 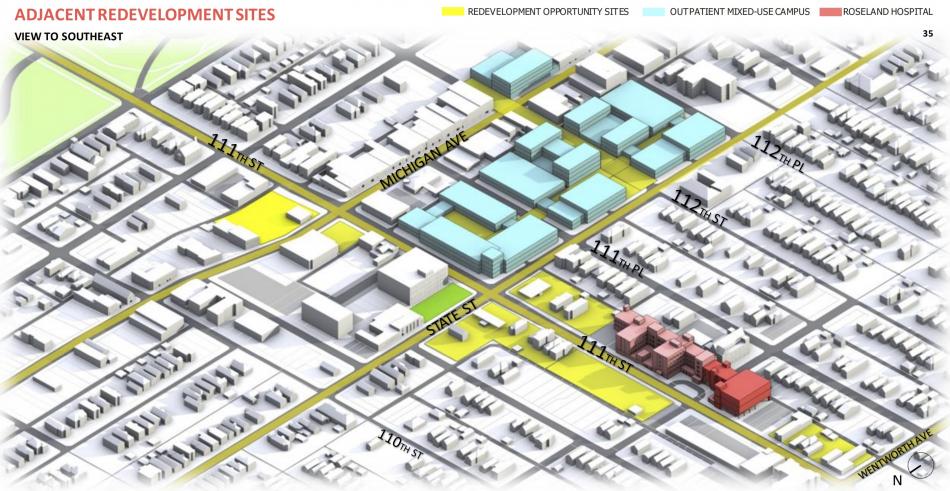 The project also identified the Gately People’s Gas site at 112th and Michigan for redevelopment. As part of the larger plan, this redevelopment could aid in triggering infill development across the entire district.

The discussion opened with comments from Lesley Roth. Roth noticed the housing component and noted that there are many community organizations that are working to infill vacant sites with housing currently and the character of the streets are diverse, and the opportunity can carry more than single-family homes. Roth asked why housing is needed in the medical master plan rather than allowing community organizations to work in tandem to have a broader impact on the neighborhood. 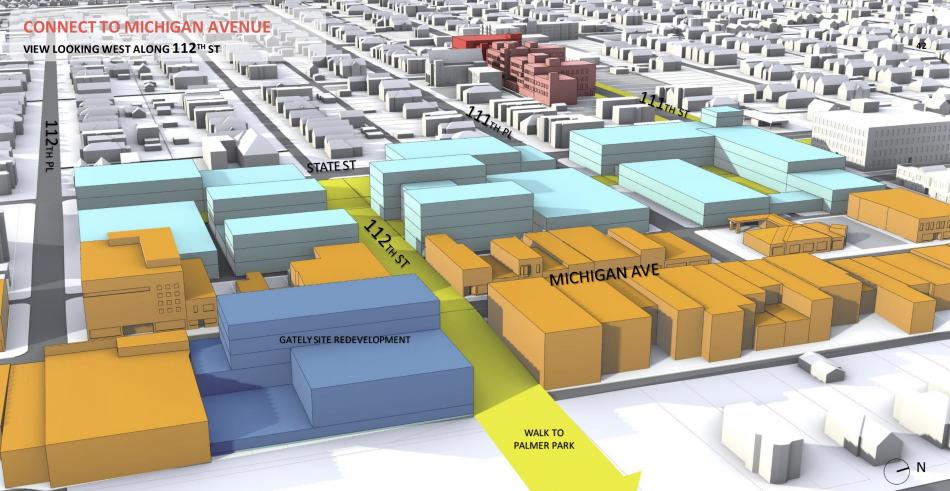 The project team responded that the housing component came out of service providers needing housing within a certain distance of their facility and will focus on adult and youth behavioral supportive housing. With so much opportunity for housing infill, the district goes far beyond just medical space and will partner with those service providers to help fund and deliver housing infill.

Renauld Mitchell jumped in to say that there is a tremendous synergy between housing services and behavioral/mental health services. Mitchell said that they are sold and convinced of that connection.

Hana Ishikawa encouraged the design team to look at how the green sponges can feel more like campus connectors and whether they could be brought out to the public way. Ishikawa mentioned how interior courtyards can tend to not be as occupied as we would like them to and figuring a way to make sure it feels more like their space could improve the outdoor space on site. The project team responded that the design of the interior connector was based on the community concerns around safety and while the main investment is along the exterior, they also want to retain a safe passageway through the project.

The team is looking to wrap up the plan by this June to begin the implementation later this year.