Designed by Lamar Johnson Collaborative, the mixed-use project will rise four floors, holding 60 apartments, approximately 7,300 square feet of retail space planned for a grocery store, a cafe, and a community room. The residential portion will offer a mix of studios, one-beds, two-beds, and three-beds. The units will be a mix of 80% affordable units from LIHTC funding and 20% market-rate. 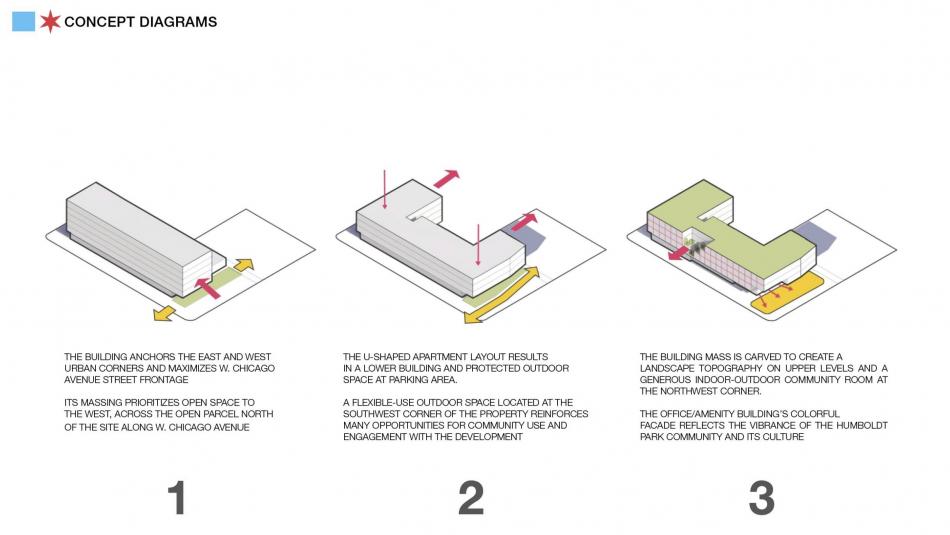 The facade was designed with a mosaic language considering the fabric of the neighborhood. With the idea of lenses and a patchwork expression, the facade is broken into this framed grid of window units distinguished with varying patterns of angled frames. Varying modules protrude and are expressed with colored metal accents to relieve the potential static nature that could be felt in a gridded building.

The building has been pushed to the east to create a large open space along the west end for the community. Landscaping will incorporate dedicated seating and open areas, including playground and shaded areas. The southern parcel that is separate by the alley will be used as a flexible outdoor space that can be programmed for farmers markets, food trucks, or as extra parking space. 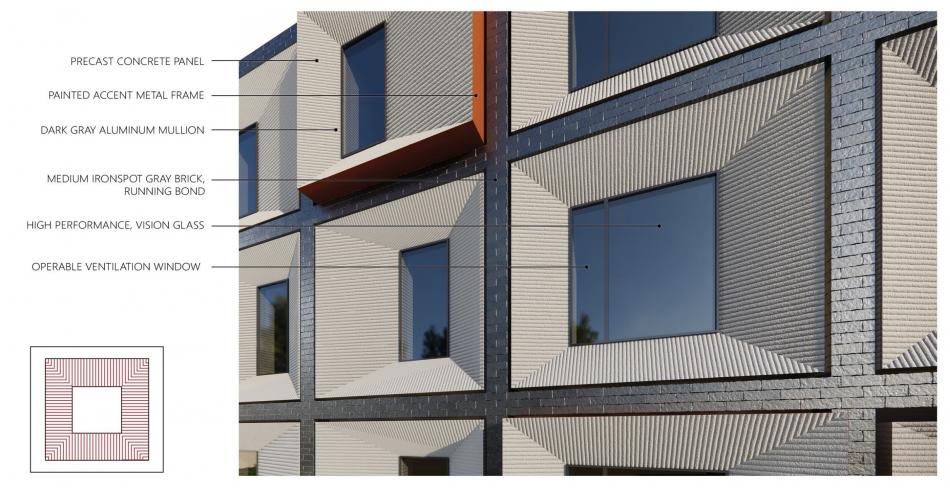 The community-oriented project aims to create a transformative project that will spur further investment. The building itself is targeted for Enterprise Green Communities criteria and is striving for Passive House designation. The development team will go beyond minimum sustainability requirements.

The discussion opened with comments from Philip Enquist who expressed that the proposed open space is incredible but would push the team to go further to turn the flexible space into a permanently activated space. Enquist also questioned the activity within a community room and asked whether it could be integrated into the cafe and closed off when used for community functions. Enquist’s final comment was to express that the hallways seemed overly long and should be reconsidered as the design is refined. 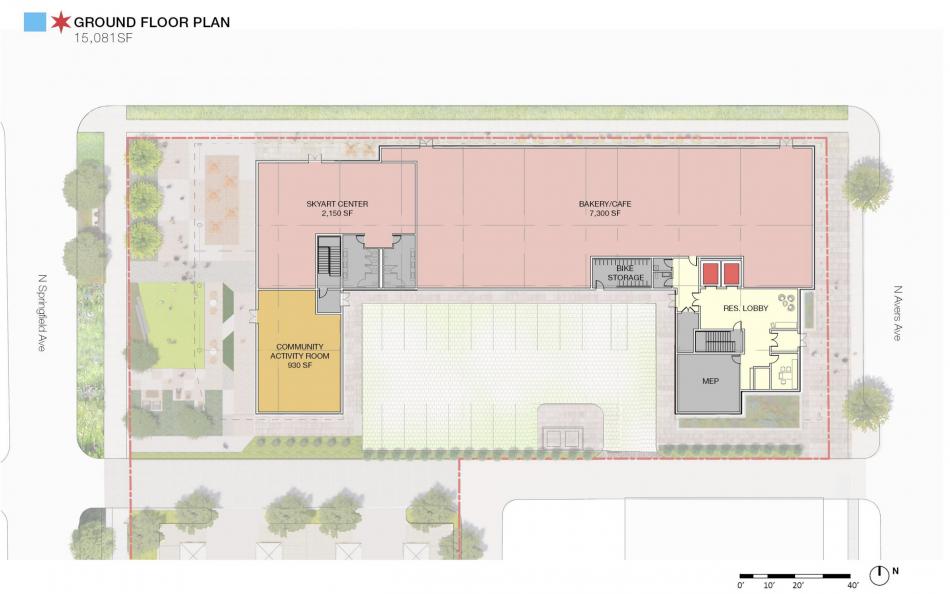 Casey Jones followed up Enquist’s comments by suggesting that the residential entry, currently off N. Avers Ave, could benefit from being adjacent to the cafe and outdoor space, allowing the different uses to activate each other. Pragmatically, Jones suggested that the reconfiguration could allow the grocery tenant to have alley access for loading and service uses. Jones’ final comment expressed that the outdoor space on upper levels is great, but the design team should be aware of the necessary depths needed for viable planting and how that might be a challenge with the purity of the gridded facade.

Catherine Baker jumped in next with a pragmatic discussion of the facade materials. In the presentation, the design team discussed potential precast panels as infill between the brick frames. Baker pointed out that the precast may become cumbersome due to its weight and walls may become very thick to accommodate the combination of different systems on the exterior. The design team responded that they are leaning away from precast in favor of lighter materials such as GFRC or other options with opportunities for more insulation. 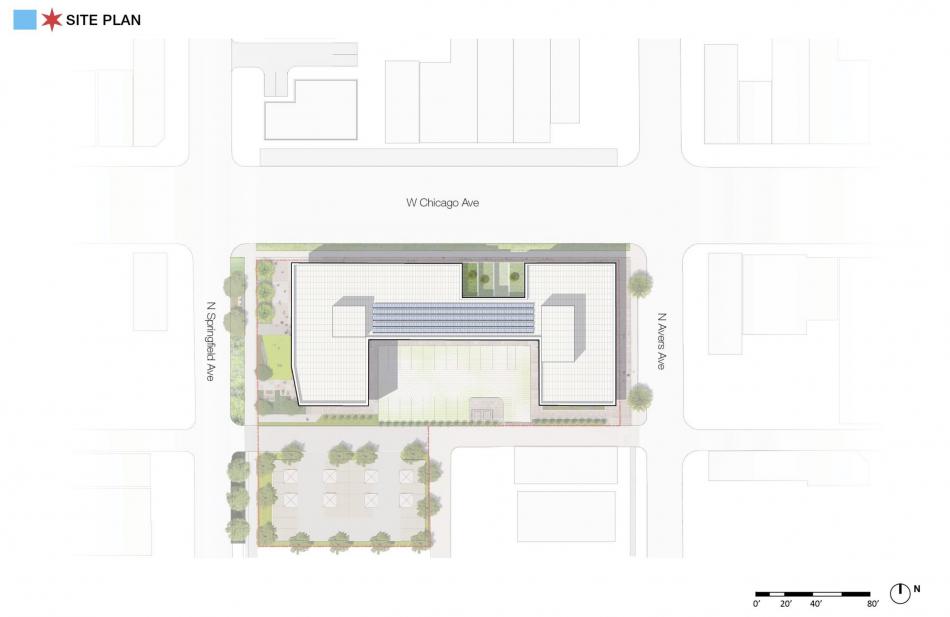 Finally, Maria Villalobos asked about the streetscape and expressed that hopefully they would plant as many trees as possible. Villalobos also hoped that the outdoor terraces on the upper levels could get bigger to give residents access to more outdoor space. A member from the design team responded that they have started their meetings with city departments and CDOT is planning a redesign of the streetscape, so they have kept their plan essentially blank as they wait for the redefinition and replanting by CDOT.

The project will now move forward in the planning and approval process taking the commentary into account. The developer will need city approval to acquire the city-owned land on the site and the team is reportedly planning to request TIF funding for the project. Any other potential city approvals needed for a rezoning would require hearings by the Chicago Plan Commission, Committee on Zoning and full City Council. Groundbreaking is projected for Fall 2022, with completion set for mid-2024.