The Committee on Design has reviewed the plans for 43 Green Phase 2. Located at 301 E. 43rd St, the project will rise to the west of the 43rd Green Line CTA stop at the corner of E. 43rd St and S. Prairie Ave. The project will bookend the tracks with 43 Green phase one which is currently under construction at 4308 S. Calumet Ave.

Planned by The Habitat Company and P3 Markets, the new mixed-use and commercial project is set to deliver a 10-story building holding 78 residential units and ground floor retail space. As part of the overall 43 Green plan, the development seeks to create mixed-income affordable development that activates the 43rd St retail corridor while respecting the character of the neighborhood.

With a design from Landon Bone Baker Architects and Moody Nolan, the building has gone through multiple design iterations before landing on its current form. The massing of the project will define the urban edge at the corner of the property, while using setbacks to reduce the massing of the building adjacent to the neighborhood to the south and CTA L tracks to the east. The massing aims to reference the volume of the first phase, creating two bookends flanking the CTA tracks.

Rising 106 feet, the roofline will match phase one, with the building massing broken up into different sections that exhibit a modulation in facade treatment, creating interest and differentiation along both street frontages. Balconies are used as a massing strategy to erode corners and provide residents with views of the surrounding city. The exterior will be clad in brick, GFRC concrete panels, and metal fascia accents.

At the ground floor, retail spaces are setback from the sidewalk to create a larger outdoor streetscape with opportunities for outdoor dining. The residential entry will front S. Prairie Ave, with parking located at the back of the building in a small surface lot.

The development will deliver 78 units, consisting of 23 studios, 47 one-beds, and 8 two-beds. The apartments will be split with 48% designated as affordable, targeting up to 60% AMI, with the remaining 52% being rented at market-rate.

As the conversation from committee members began, John Ronan questioned the decision to pull back retail from the corner, seemingly going against precedent in Chicago architecture of building up to the lot line. While others supported the setback on the ground floor, the architects reiterated their commitment to giving more space at the public streetscape for enlivening the retail corridor.

Committee members also expressed comments surrounding the proposed massing and facade treatments. Reed Kroloff asked why the architects articulated the building as several smaller buildings with different cladding systems. The architects responded that the design works to modulate between scales of the area, using the modulated facade and distinct window pattern to create the idea of a corner presence paired with a more scaled down building.  The articulated massing gives a personality to the different parts of the massing, avoiding a monolithic form. 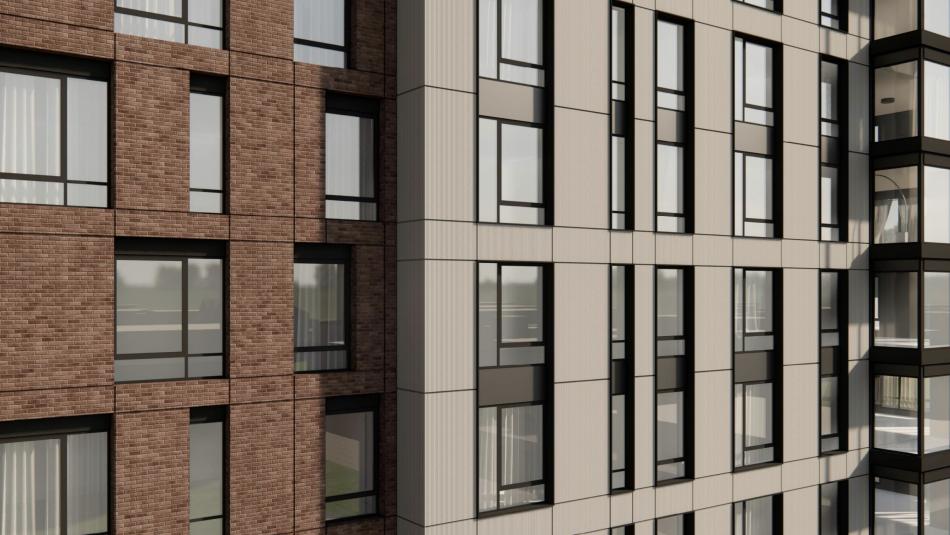 Juan Moreno furthered the discussion of the exterior by commenting that the exterior gets busy as a third material is added, where it starts to look like the examination of moments of ideas rather than a cohesive idea. He suggested they reconsider the notion of the facade and dial it back to two materials.

Discussion continued with comments about the ground floor and residential entry. Juan Moreno commented that the residential entry wasn’t clearly delineated and there wasn’t a sense of celebration of the entry. He suggested rethinking the design of the residential entry. Further he thought about the programming of space along the L tracks and questioned whether there was a way to celebrate being next to the L tracks, potentially using a double height retail space so that people on the platform are looking into retail space rather than units. The architects responded positively, indicating that they have been considering what happens under the L tracks and how to connect the spaces.

Lastly, Hana Ishikawa echoed comments about how the residential entry felt hidden and designed like part of the retail space in lieu of something special. She discussed the viability of the retail space, mentioning how she appreciates the setback in terms of widening the streetscape and allowing retail to pour out. She said that the activation of that corner is of the utmost importance, and it would be detrimental if the retail space was left empty.

The project now will continue through the city review process with a few approvals needed. While not explicitly described in the presentation, the plan may likely need review from the Chicago Plan Commission, with approvals from the City Council and Committee on Zoning. The project has been selected by the Chicago Department of Housing for LIHTC funding as well. 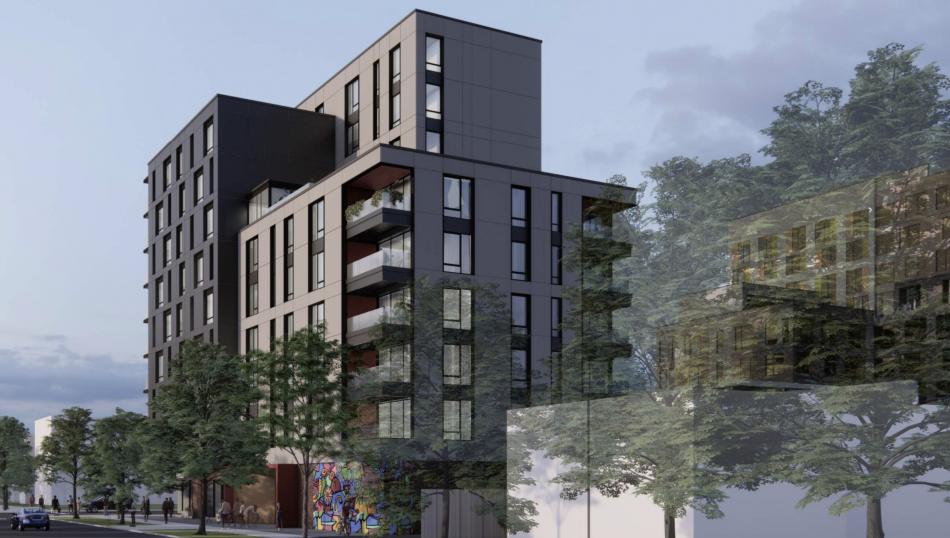