The Committee on Design has reviewed the mixed-use United Yards proposal. Located along the W. 47th St corridor, United Yards encompasses a total of four sites engaged in a single redevelopment scheme for the area. The $60 million endeavor is a product of a joint venture between Celadon Partners and the Blackwood Group.

The winner of the New City/Back of the Yards Invest South/West RFP, the proposal expanded the scope from the individual original site, reaching the aforementioned $60 million price tag. The development looks to construct a new anchoring building on the main parcel and fuel activation along the 47th St corridor around S. Ashland Ave. With a design from DesignBridge, the new construction will mimic the neutral and earth tones of the original buildings in the scheme. 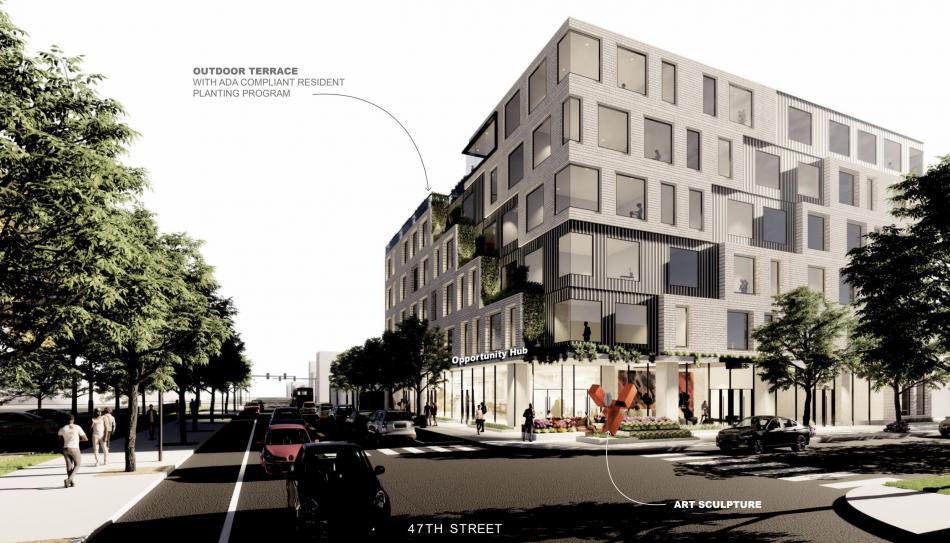 Starting at the eastern edge of the development strip, the city-owned lot at 1515 W. 47th St is currently a vacant parcel. The original site of the RFP, the project will deliver a 50-unit affordable rental building with ground floor commercial space. The ground floor space within the six-story building will house a business opportunity fund. The developers will be working with the project team from the Back of the Yards RFP submission for the opportunity hub.

Next, at the corner of S. Ashland Ave and W. 47th St, the Rainbow Building is an existing largely vacant building. The four-story commercial structure will be adaptively reused into a mixed-use project. It will hold 30 senior rental apartments with ground floor uses including a coffee shop and improved existing retail establishment. 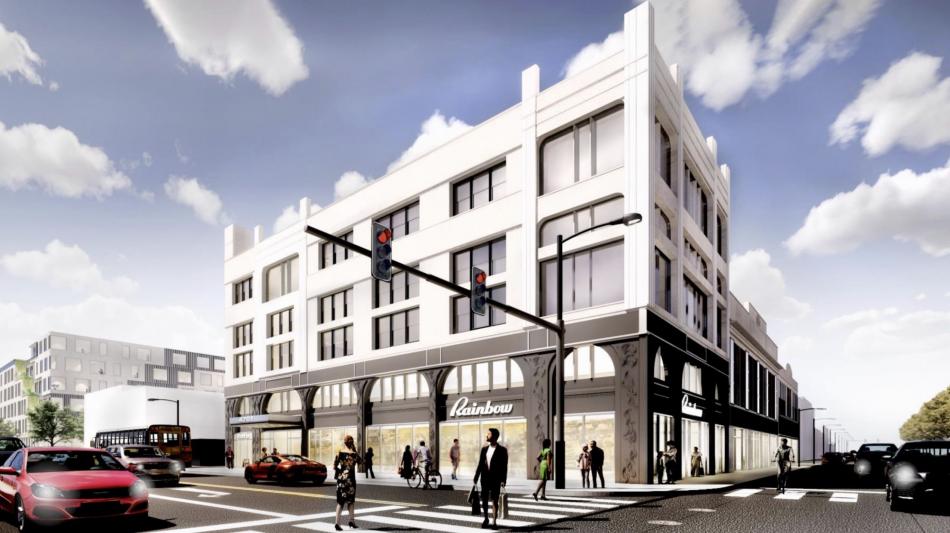 On the west side of S. Ashland Ave, the New City Supportive Living development is a previous project by Celadon Partners. The United Yards project will see a new senior medical clinic and dialysis facility added to the ground floor commercial space. An existing blade sign will be repurposed as a New City gateway and identity signage. 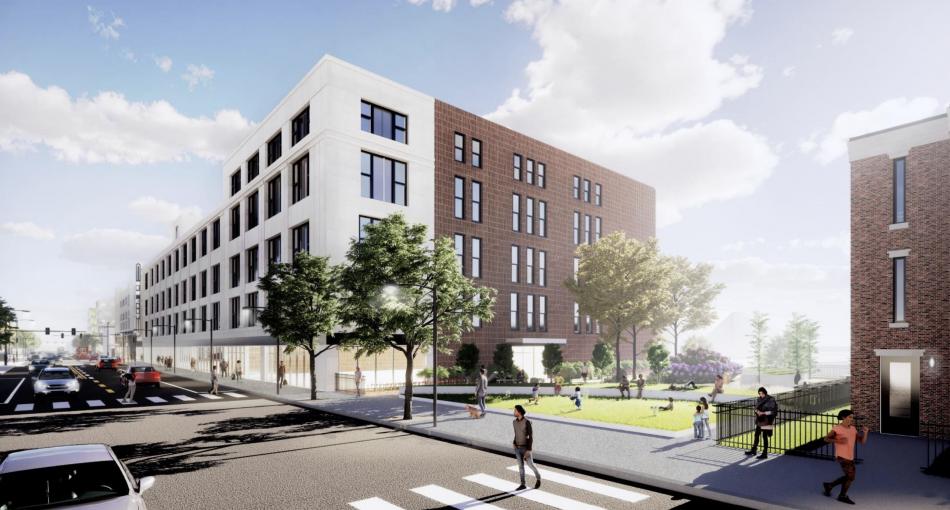 The final portion of redevelopment will be located at 1641 W. 47th St. Currently vacant land, the plan proposes to develop two affordable three flats to produce 6 two-bedroom apartments. The modular structures have already been fabricated according to the developer. As part of this phase, the plan looks to vacate S. Marshfield Ave to create an open green space for the new residents.

The project will take in comments from the Committee on Design as the development goes through city review. The plan will need approval for the sale of city-owned land from the Community Development Commission and City Council. Whether any further approvals will be needed is unclear. A timeline for construction hasn’t been determined.