Update: On Thursday morning, Ald. Brian Hopkins announced in an email that the project at 125 W. Maple has been removed from the Chicago Plan Commission agenda as a result of Fifield Companies "voluntarily deferring consideration until August."

After 16 months of meetings and negotiations with residents of a neighboring condo building, a 39-story rental tower slated for the southeast corner of LaSalle and Maple may be ready to move forward—albeit with some changes.

Chicago developer Fifield Cos. presented its revised plan at a virtual community meeting Monday evening co-hosted by the Gold Coast Neighbors Association and Ald. Brian Hopkins (2nd). The elected official still hasn't officially made a decision on the Near North project despite the fact that it will go before the Chicago Plan Commission for preliminary zoning approval on Thursday morning. 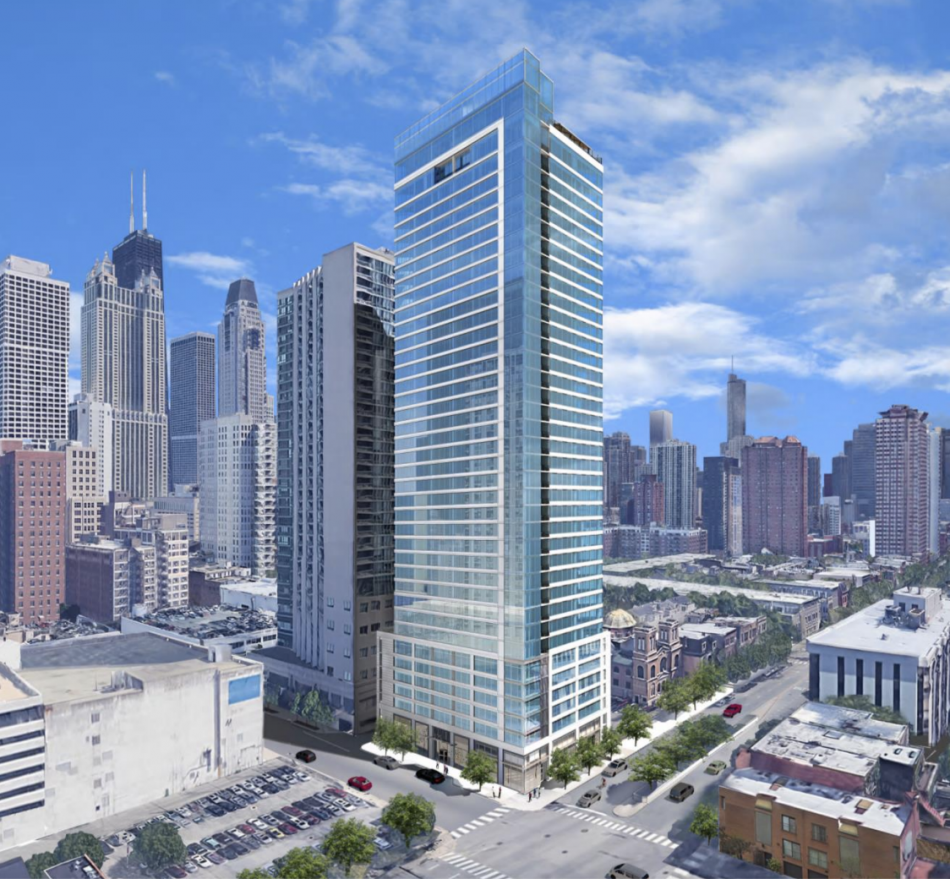 "There were some last-minute changes that were submitted to the Department of Planning that will be part of the Plan Commission presentation later this week," said Hopkins. "...No decision has been made. No deal has been reached. Approval has not been granted. That is all pending the conclusion of this community review process."

The proposal for 125 W. Maple Street debuted last year as a 43-story high-rise with 406 apartments. That plan drew immediate fire from the residents of the 32-story Gold Coast Galleria condo building at neighboring 111 W. Maple Street, who saw the project as a threat to views and sunlight. In October, the Chicago Tribune reported that the proposal had been scaled back to 29-stories, but the Galleria neighbors were still unhappy that the tower was located just across the 20-foot alleyway from their property.

The latest design for 125 W. Maple boosts the height back up to 39 stories (419 feet) while increasing the setback between the two towers to 40 feet above the 10th floor. The height was increased to offset the loss in floor area caused by the increased setback, said Fifield's Lindsay Senn. The revised plan will include 303 rental units, parking for 124 cars, more than 3,000 square feet of ground-floor retail fronting LaSalle, and an amenity deck and pool on the 39th floor. 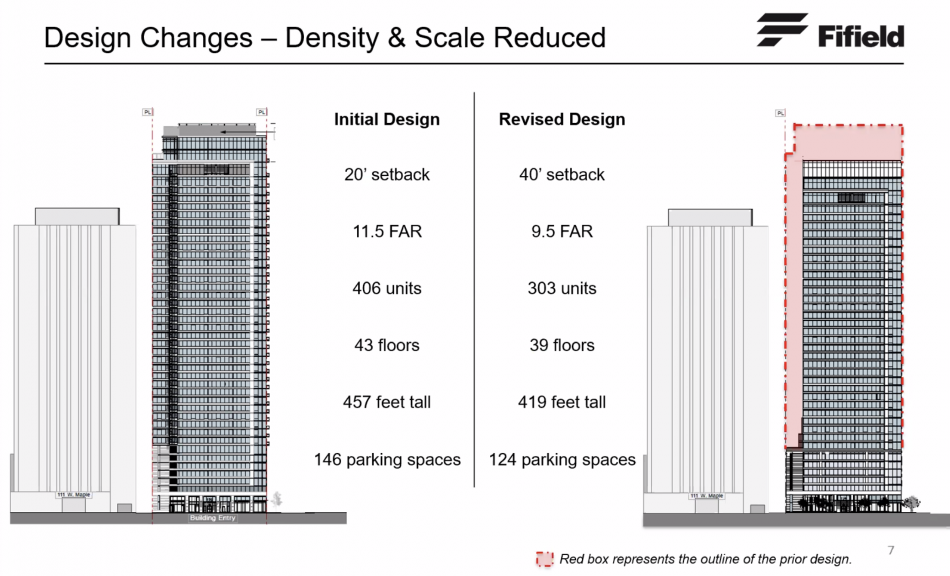 The project is shorter than the original proposal but taller than the 29-story version presented last fall. Pappageorge Haymes Partners

Designed by Pappageorge Haymes Partners, the proposed high-rise replaces a historic six-story brick building at the corner. The project will utilize unused air rights from the adjacent Annunciation Greek Orthodox Cathedral, which plans to use the proceeds from the sale to build a new community center to the north.

The tower will include a mix of studio, one-, two-, and three-bedroom apartments with monthly rents starting from the mid to high teens. The rental rates will be consistent with the nearby Sinclair apartments and other newer buildings in the area, according to developer Steve Fifield. The project will include eight affordable units on-site and the developers will make a $4.1 million payment into the city's affordable housing fund and contribute $1.9 million to the Neighborhood Opportunity Fund.

Hopkins still hasn't indicated if he will support the revised development. "It's a question of balancing the needs of the immediate neighborhood—the appropriateness of the proposed building—versus the needs of the city of Chicago to continue to have economic development and seek new residents, and for downtown to continue to be a destination where people want to live, work, and play," explained the alderman. "All of those factors are at play, and occasionally they are at conflict."

If Hopkins does decide to throw his support behind the proposal and it passes the Chicago Plan Commission, Zoning Committee, and City Council, the developers aim to break ground at the end of the first quarter of 2022. The team anticipates a 20-month construction period. 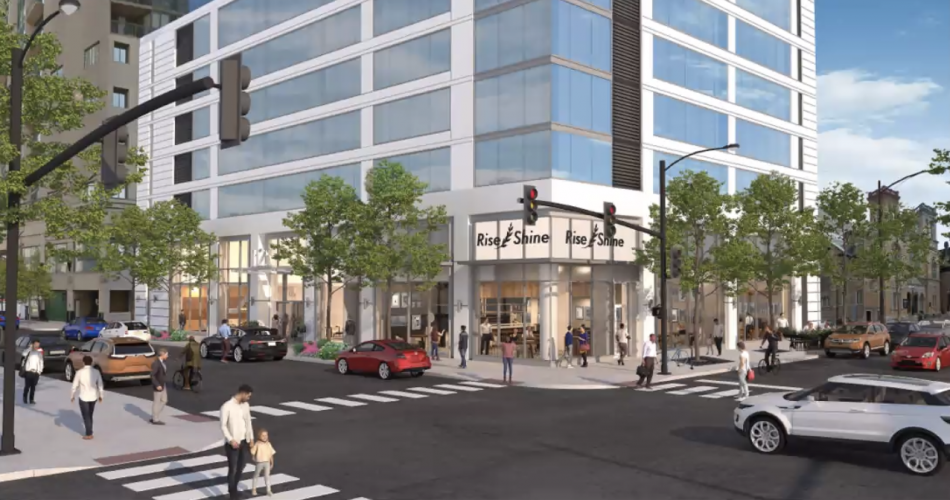 The project features active ground-floor use including retail space, a lobby, and a leasing center. Pappageorge Haymes Partners