Demolition crews have knocked down a dilapidated single-story industrial building to make space for a 43-story tower in the heart of the Fulton Market District. Known as 900 W. Randolph (though the building actually fronts Peoria), the skyscraper will rise an impressive 495 feet—making it one of the neighborhood's tallest projects to date.

The transit-oriented development will deliver 300 luxury rental units (60 on-site apartments will be affordable rate), new retail space along Peoria, and garage parking for just 75 vehicles. The project comes from Related Midwest and co-developer Tucker Development, which rehabbed the historic low-rise buildings on the north and west sides of the block. 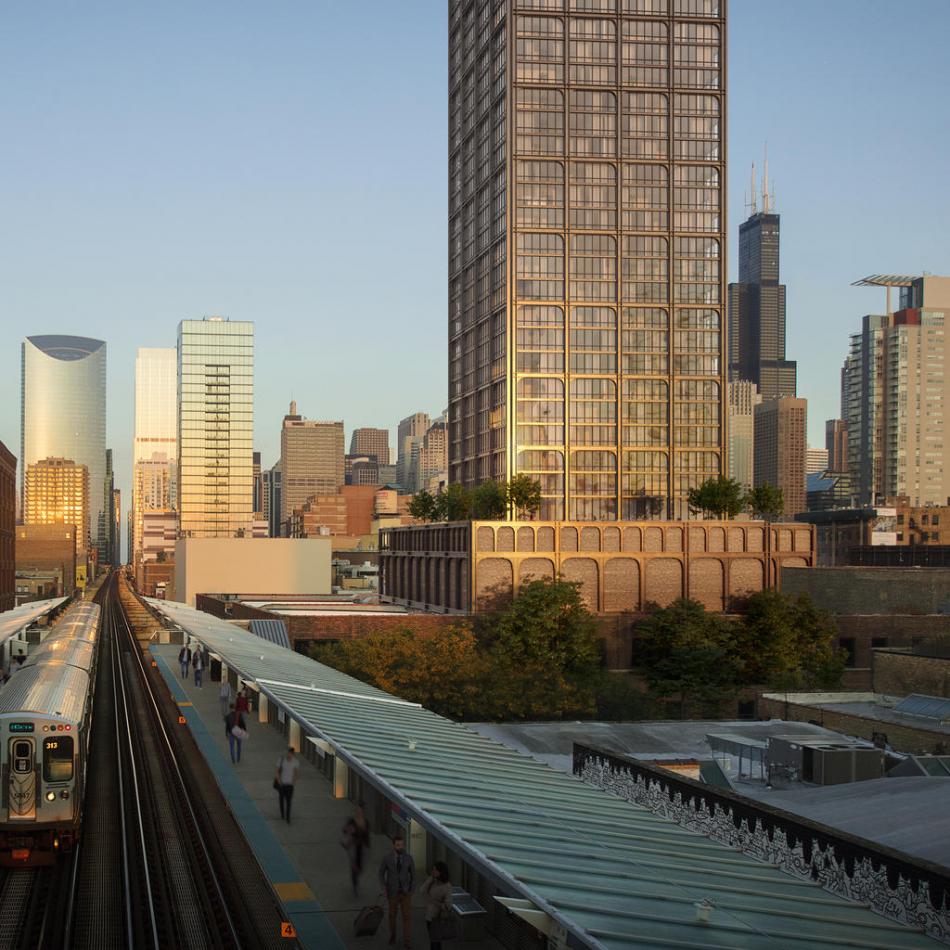 New York's Morris Adjmi Architects designed the high-rise with a metal and glass exterior that features deep beams and channels as well as arch-shaped detailing on every third floor. The design "references the work of Mies van der Rohe" as well as evokes the supports found beneath the nearby L tracks and bridges over the river, according to the architects.

Crain's reported in June that Related Midwest was "pushing to break ground this summer." Knocking down the site's existing vacant building certainly puts the developers one step closer to achieving that goal. 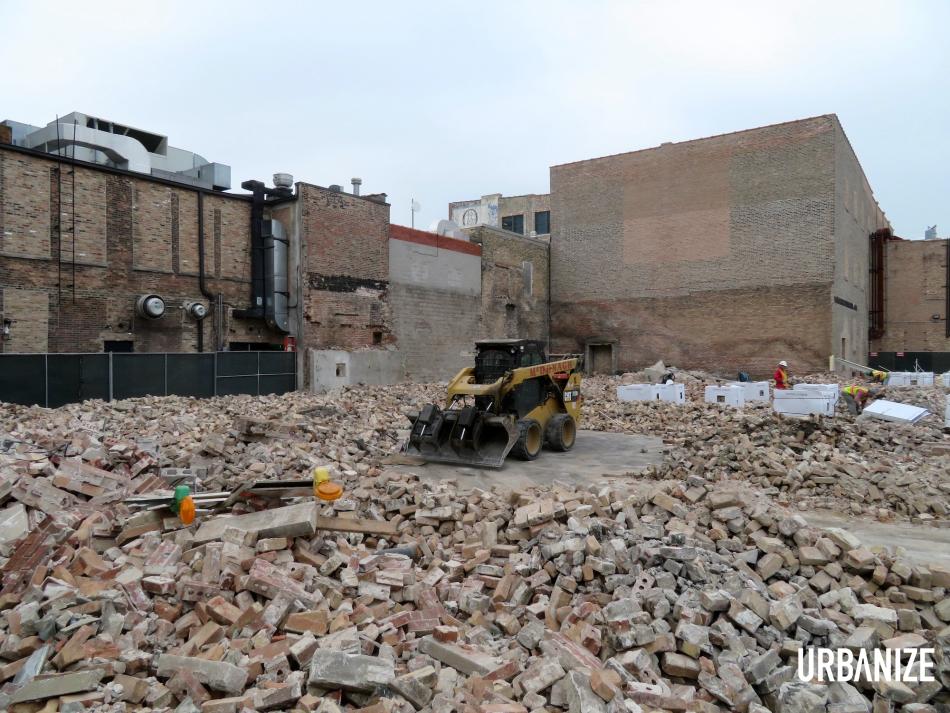