Demolition permits have been issued for a vacant restaurant building at 151 N. Michigan. Located on a small site overlooking Millennium Park, the parcel sits at the intersection of W. Randolph St and N. Michigan Ave. Planned by BJB Partners, the existing vacant space that used to house the former La Strada restaurant will be replaced by a new low rise building. 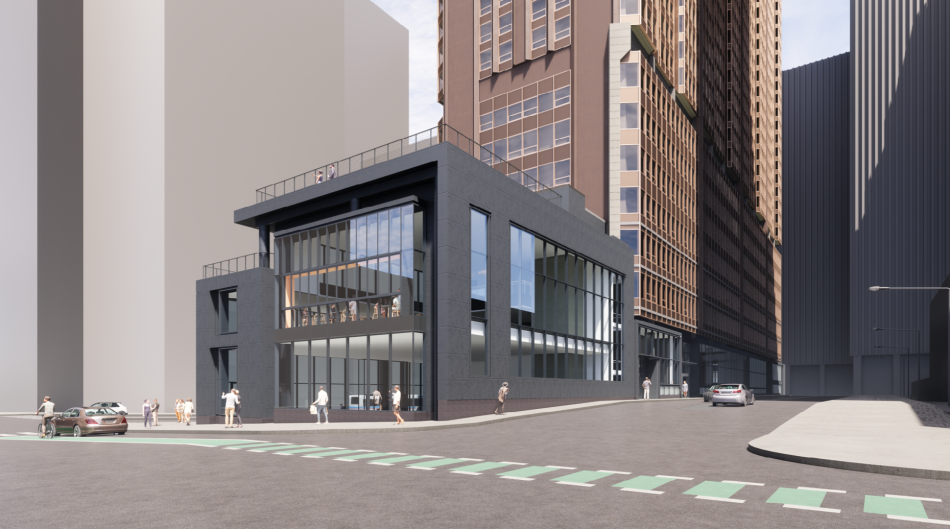 With a design from Lamar Johnson Collaborative, the new 3-story building will be constructed as an addition to Millennium Park Plaza directly adjacent to the north of this site. Totaling 15,000 square feet, the structure will hold approximately 5,300 square feet of retail space on the ground floor. The second and third levels will be offered to restaurant or commercial tenants, with its main entrance coming from N. Beaubien Ct on the east side of the building. The existing two levels of basement parking will remain. 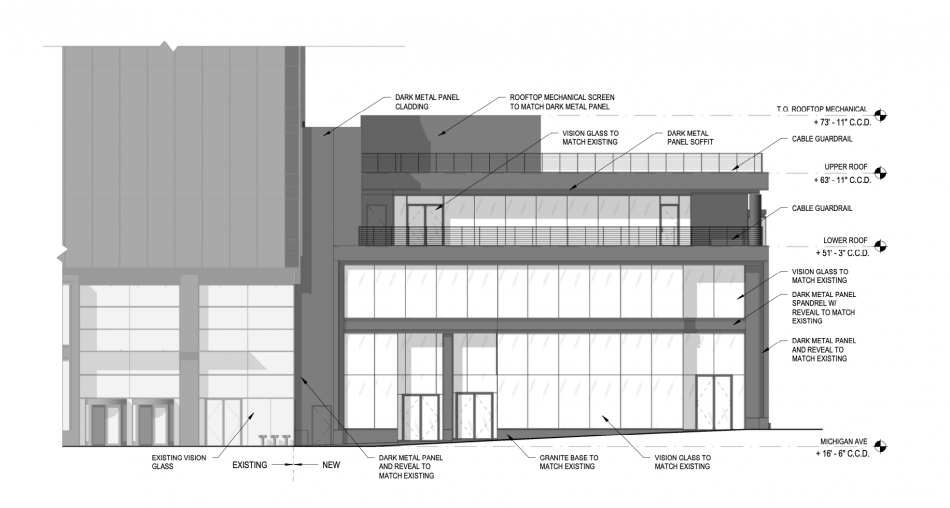 The second level will be accessed through a connection into the existing tower as its entrance, which will require a 5,500-square foot renovation at the base of the existing building. As proposed, the third floor will offer 1,000 square feet of outdoor space on a terrace that overlooks N. Michigan Ave. Above the third floor, the roof is planned to support a future occupied roof deck that may serve as an amenity deck for the existing residential units in the adjacent tower. 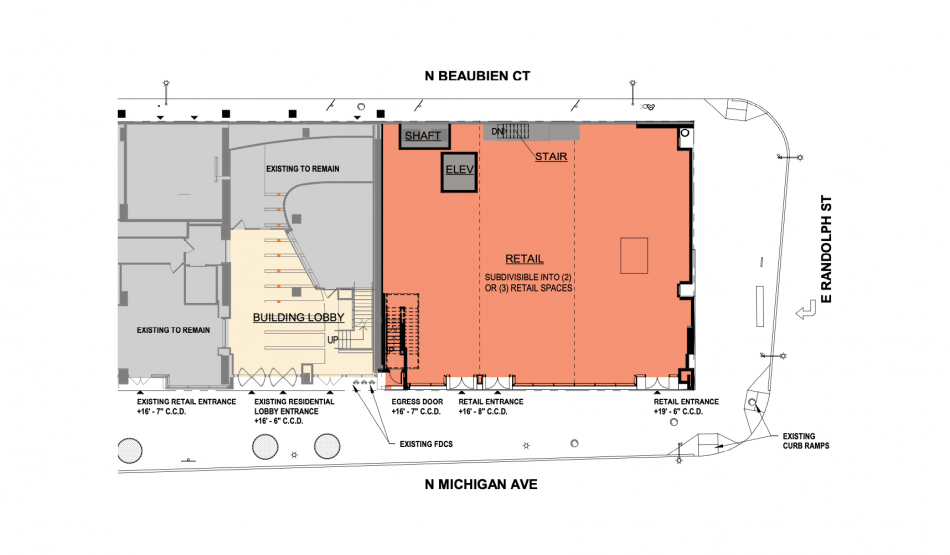 The proposed ground floor retail/commercial space entrances are located along N. Michigan Avenue, while there will be no entries along E. Randolph St. The second and third level of restaurant/commercial space will have its entrance along N. Beaubien St. in order to have the least impact on traffic.

With recent City Council approval, the site was rezoned from its Planned Development to DX-16. While no construction timeline has been released for the new building, demolition is imminent with McDonagh Demolition in charge of the work.