Demolition permits have been issued for a century-old bank building at the corner of Clark, Belmont, and Halsted in Lakeview. The historic structure and an adjacent parking lot will bite the dust for a new two-story commercial development from Chicago-based Hubbard Street Group.

The site's existing limestone-clad building was designed in the neoclassical style by architect Ivar Viehe-Naess in 1921. It originally opened as Lakeview State Bank and most recently housed a Fifth Third branch. An online petition to save the building collected more than 2,000 signatures, but the property is not a protected Chicago landmark. 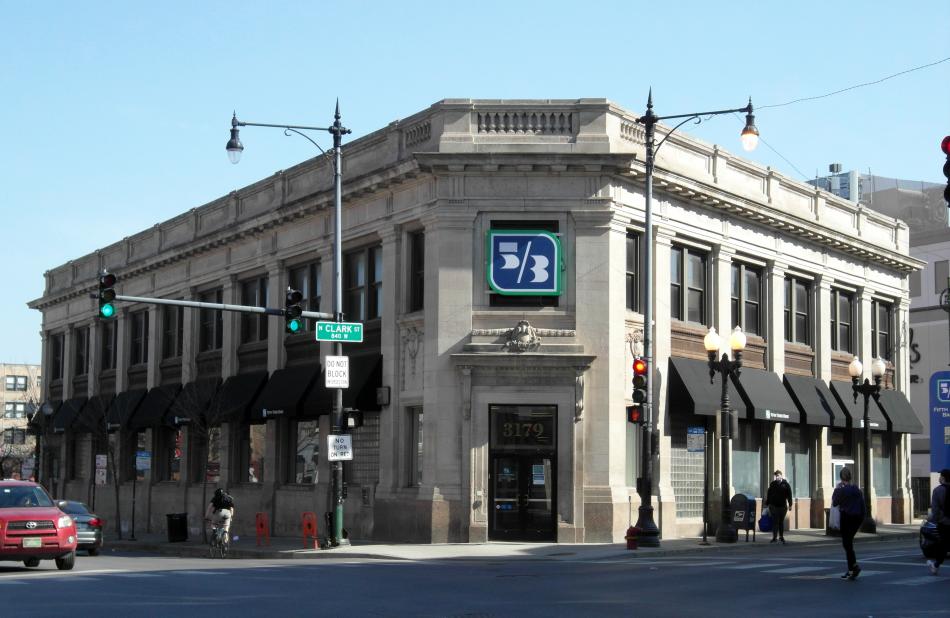 The old bank's estimated $35 million replacement will include approximately 59,000 square feet of rentable commercial space and a single level of underground parking accessed from Clark Street. The new structure is being developed "as-of-right," which means it complies with the site's existing zoning.

Renderings by architecture firm Hirsch MPG show the new development occupied by an unnamed "grocery store" and a new Fifth Third branch. Hubbard Street Group reportedly won't reveal its tenant(s) to the public or Ald. Tom Tunney (44th) until this fall—after the development is already under construction—according to Block Club Chicago. 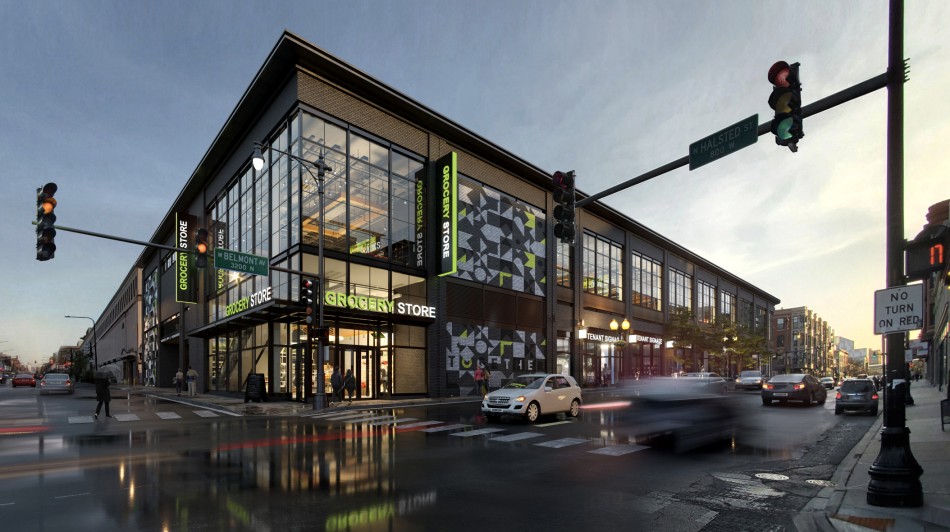