Demolition permits have been issued for the bank building at 160 N. Morgan Street. Located just steps away from the Morgan CTA L station, the midblock parcel will be cleared to make way for Sterling Bay’s 29-story residential tower. 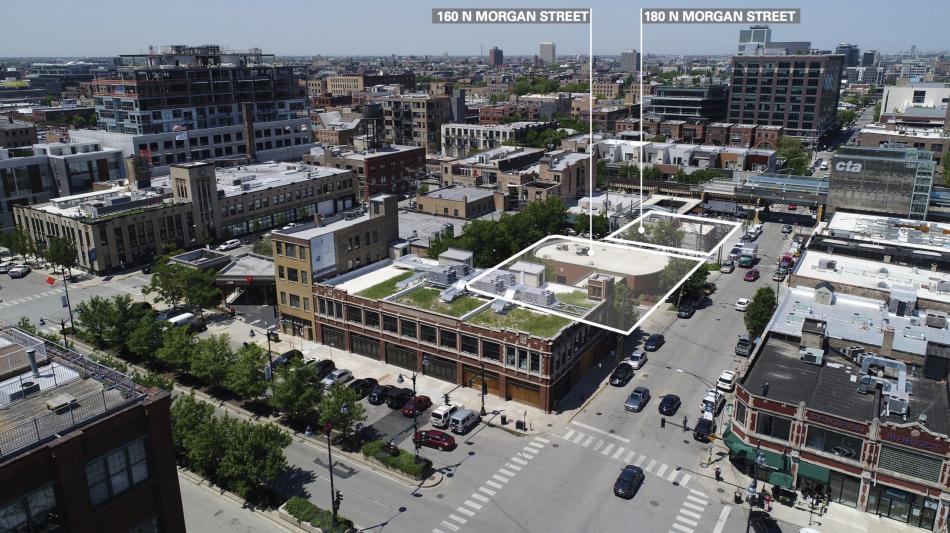 Designed by bKL Architecture, the approved design came after revisions that include a four-story haircut. Originally planned to rise 33 floors and 380 feet, the approved tower will stand 29-stories and 350 feet tall. Other changes include a new mural on the north side of the building’s podium and Y-shaped metal beams that cantilever the tower over the residential entrance. The plan got Chicago Plan Commission approval in September, with the Committee on Zoning and City Council signing off in October. 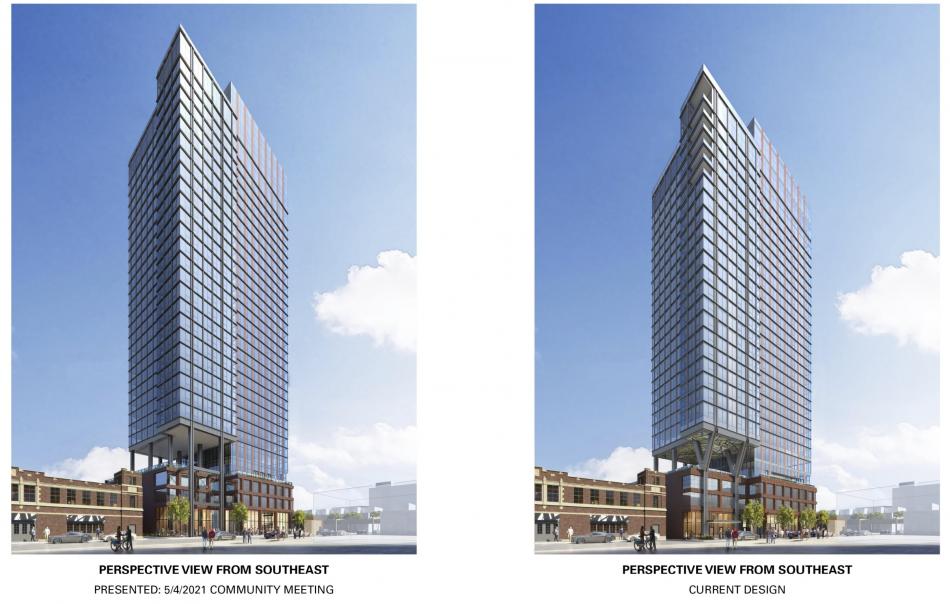 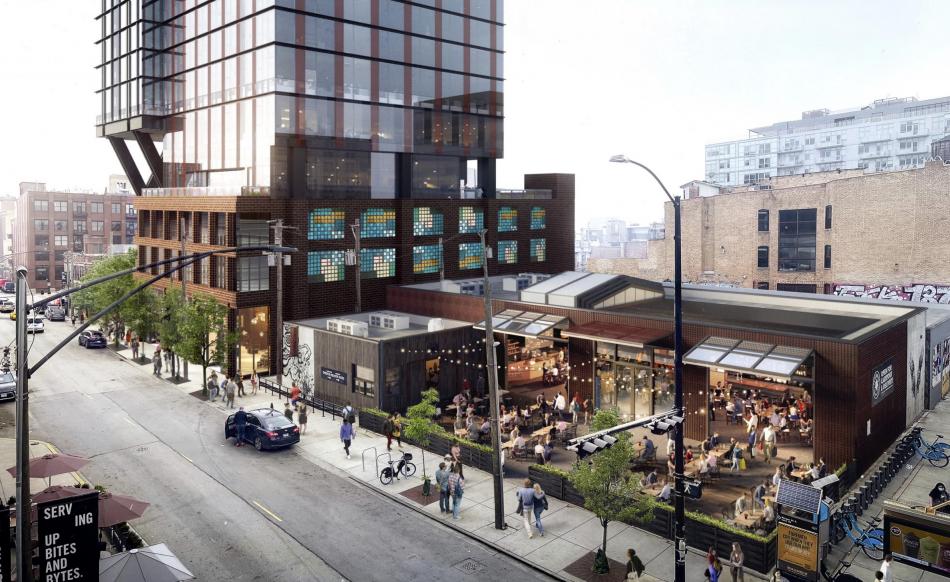 To meet the ARO requirement of 20% affordable units, Sterling Bay will provide 28 units (10%) on-site with a unit mix of 9 convertibles, 6 studios, 8 one-beds, 4 two-beds, and 1 three-bedroom unit. A fee paid in lieu of the remaining units will total $5.26 million and will be directed to the SL Solar Lofts at 2548 S Federal Street in the South Loop. That building will be sustainable and energy efficient and provide 28 affordable units and 16 market-rate.

With demolition permits issued, work on site is imminent. An official timeline for the project is unclear, but the original plan called for a 24-month timeline to completion. 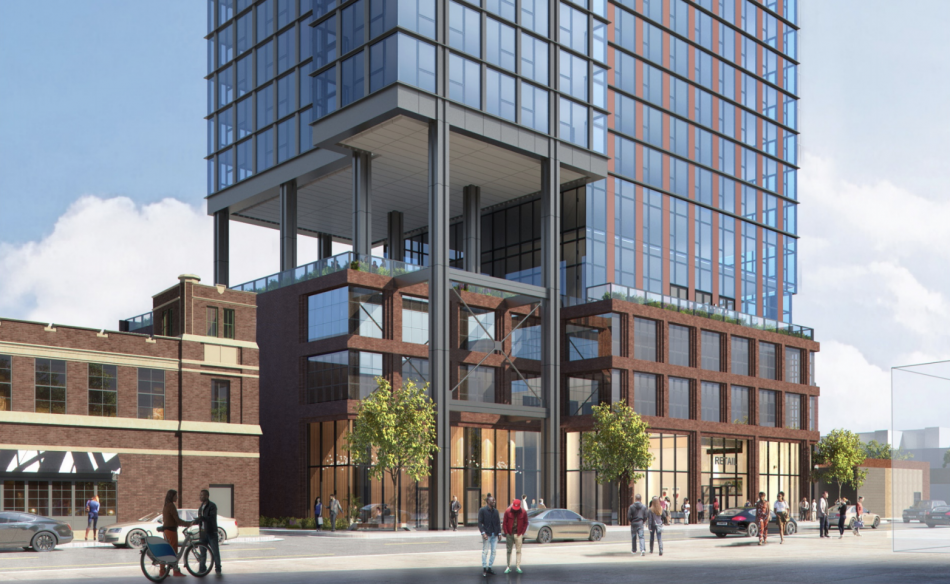 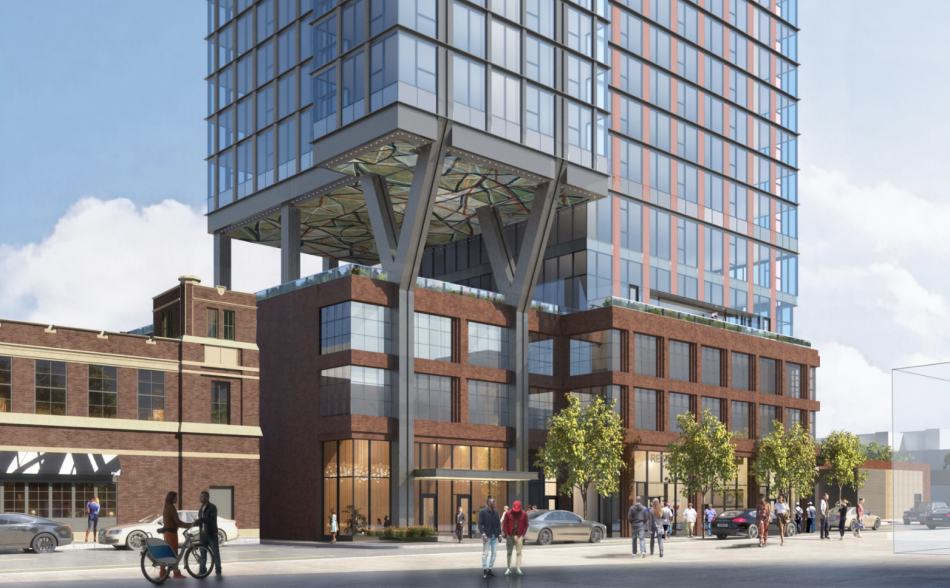