For the second time in as many months, Chicago developer Fifield Cos. has withdrawn its Planned Development application for a 39-story, 303-apartment tower slated for 125 W. Maple Street from the Chicago Plan Commission agenda. Ald. Brian Hopkins (2nd) announced Fifield's decision Thursday in an email saying the following:

After over a year of dialogue with my constituents and area stakeholders, negotiations with the developer and careful review of their plans by my office, Fifield Companies has agreed to withdraw their proposal for 125 W. Maple from the August 26th Chicago Plan Commission agenda.

...I want to thank all of you who provided feedback to my office. Your concerns related to the existing congestion on Maple Street, the current context of predominantly lower-rise structures in the surrounding blocks and overall compatibility of this proposal at this location were carefully considered by both the developer and my office.

Transparency is key and I am grateful to Fifield Companies for their candor and negotiations in earnest. Understanding many of the challenges to a development proposal in our COVID-19 economy, I want to applaud Fifield on their project management and external communications. 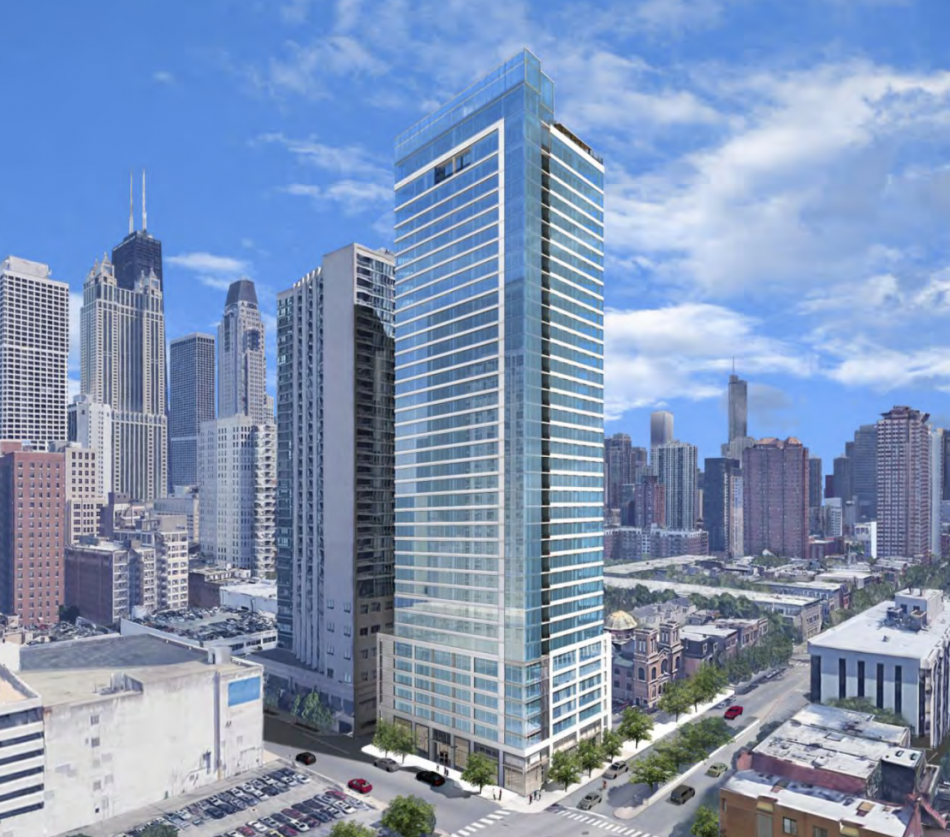 Designed by Pappageorge Haymes Partners, the proposed development would have replaced a vintage four-story residential building at the corner of Maple and LaSalle. The high-rise debuted last year at 43 stories and 406 apartments but it drew fire from the residents of the 32-story Gold Coast Galleria condos at neighboring 111 W. Maple Street. The proposal was later chopped down to 29-stories, but neighbors at the Galleria were still unhappy about blocked views, compromised sunlight, and traffic.

The most recent design for 125 W. Maple boosted the height back up to 39 stories (419 feet) but increased the setback between the two towers from 20 to 40 feet. The revised layout also included eight affordable units plus parking for 124 cars, 3,400 square feet of retail space fronting LaSalle, and an amenity deck and pool on the 39th floor. 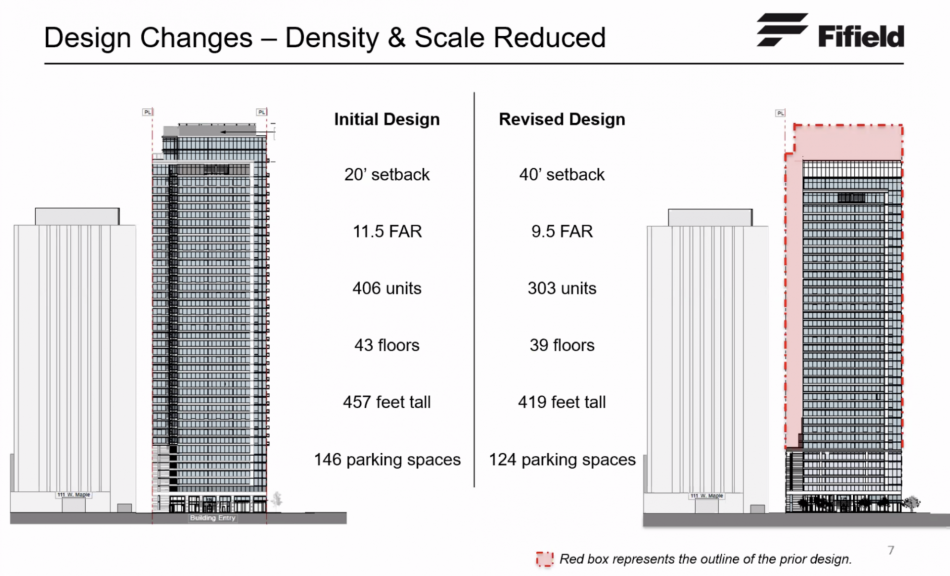 Earlier this month, Block Club Chicago reported that unit owners in the Gold Coast Galleria building rejected a cash offer from Fifield for an undisclosed amount. "The cash payment was unacceptable because they haven’t addressed the primary issues," Galleria board member Rick Miller told Block Club. "Our primary issues are the effects this development will have on the community and on the quality of life of this community."

It's unclear if the development team intends to come back to the alderman and the community with yet another revised proposal. If all else fails, perhaps they should try cutting even fatter checks to their oppositional neighbors?