Chicago's INVEST South/West program, which aims to revitalize commercial corridors in historically underserved neighborhoods on the city's South and West sides, has set its sights on Bronzeville's 47th Street corridor.

Three groups of developers, architects, and community partners responded to the city's request for proposal (RFP) to reimagine an underutilized city-owned parcel at the southwest corner of 47th and Vincennes streets. Last month, the teams presented their visions at a public meeting hosted by Ald. Pat Dowell (3rd) and the Chicago Department of Planning and Development.

Officials are still collecting feedback regarding the proposals and are expected to select a winner in the coming weeks. The city is also evaluating INVEST South/West proposals for other communities including North Lawndale and Back of the Yards. Here's a brief overview of the three responses for the vacant Bronzeville site: 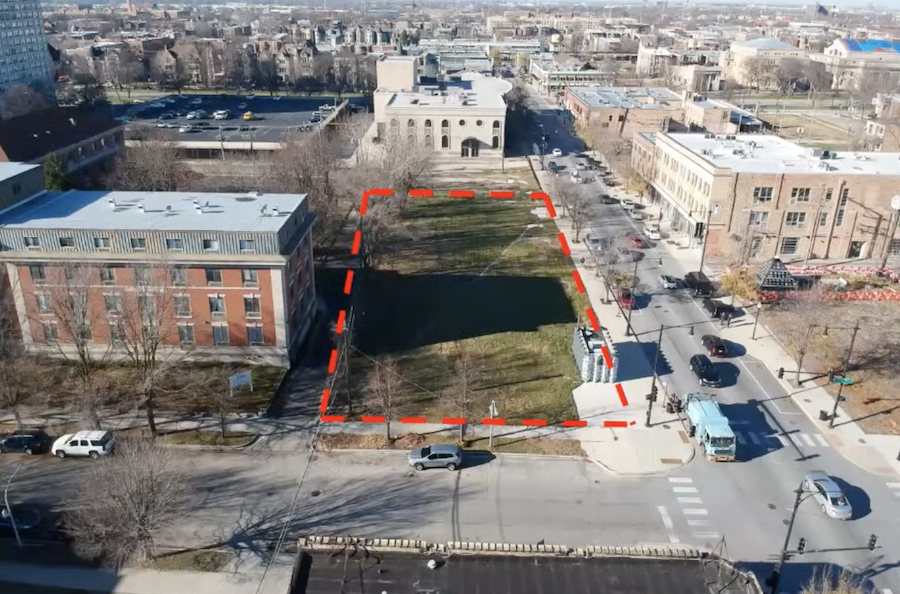 Legacy District
Developers KMW Communities, Bronzeville Community Partners, and LG Development are behind this six-story, mixed-use proposal. The building's lower levels will house 13,000 square feet of commercial space and community entrepreneurship centers with a focus on promoting culinary arts and women-owned businesses. Above, there will be 25 residential units (five of which will be affordable) with the majority of the residences offered in larger, family-oriented floorplans with three bedrooms. The estimated $19.4 million plan also includes an event space, an outdoor plaza that's open to the community, and a staircase that lead to landscaped rooftop gardens and an elevated urban farm. 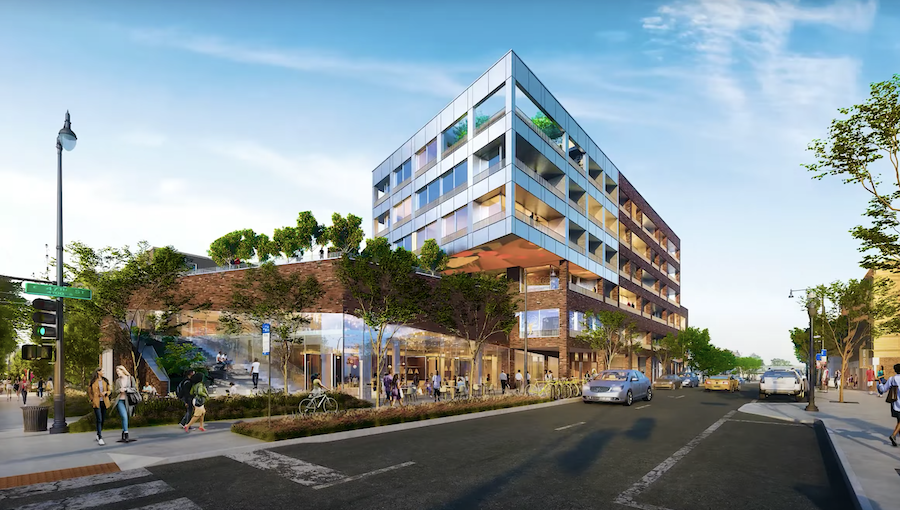 The Village
Codevelopers Milhouse LLC and Imagine Group envision a 10-story mixed-use complex dubbed The Village. The distinctive angular design, led by architecture firm JMGA, features a space carved out from the center of the building which creates an outdoor amphitheater. The building's 35,000 square feet of commercial space will be occupied by a mix of national chains, local small businesses, and an incubator for up-and-coming Bronzeville entrepreneurs. On the floors above, there will be 82 for-sale condos (20 percent will be affordable), rooftop solar panels, and outdoor terraces. The total project cost is estimated to be $57.8 million and the team could expand the scope of the project to include the two vacant parcels across the street. 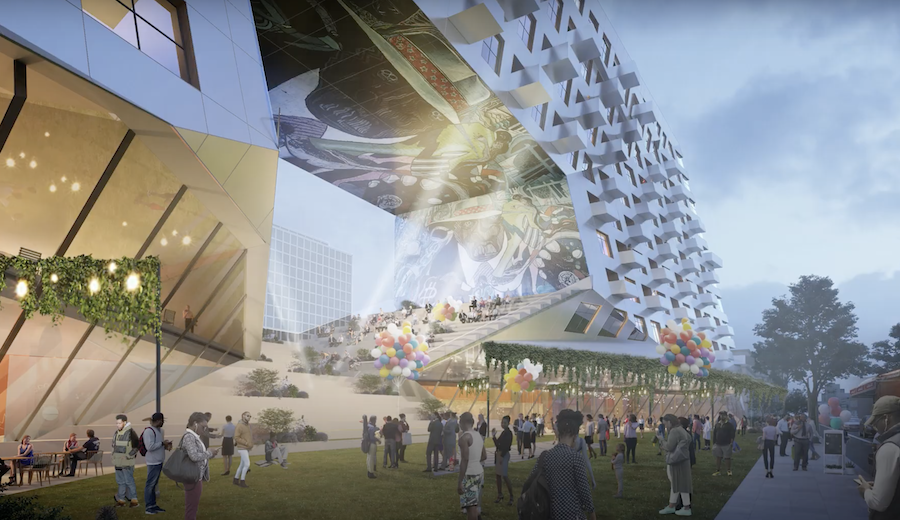 47th/Vincennes Partnership LLC
A joint venture comprising Revere Properties, Chicago Neighborhood Initiatives, Loop Capital Markets, and the Guichard Project plans to redevelop not only the primary RFP site, but two vacant parcels on the opposite side of 47th Street. Combined, the sites will deliver 41,000 square feet of retail space and 46 housing units offered as both apartments and condominiums (30 percent will be affordable). The five-story building at the RFP site features 30 apartments and a small-format grocer. A four-story building slated for 416-28 E. 47th contains retail, office, and eight condominiums. A four-story mass timber building at 448-58 E. 47th Street includes a restaurant and live-work loft condominiums. The three-building plan is expected to cost $41.7 million. 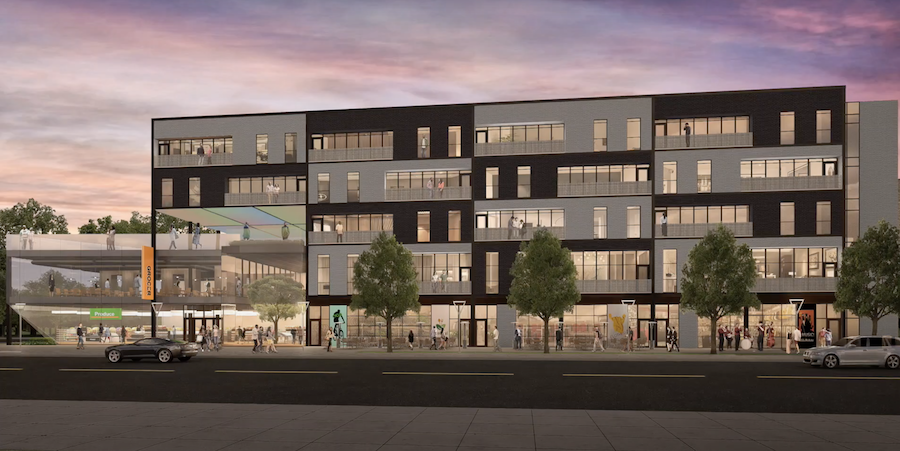 A rendering of the building at the RFP site. 47th/Vincennes Partnership LLC 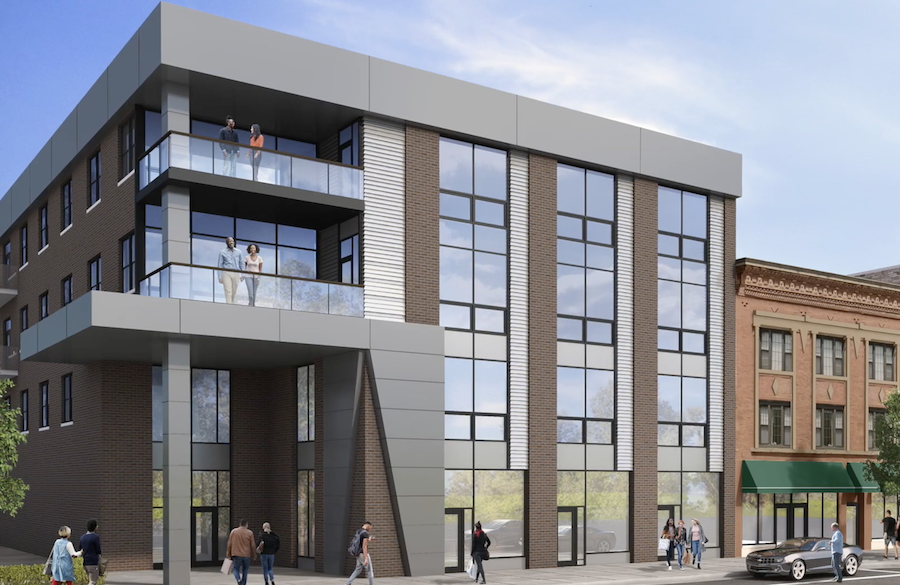 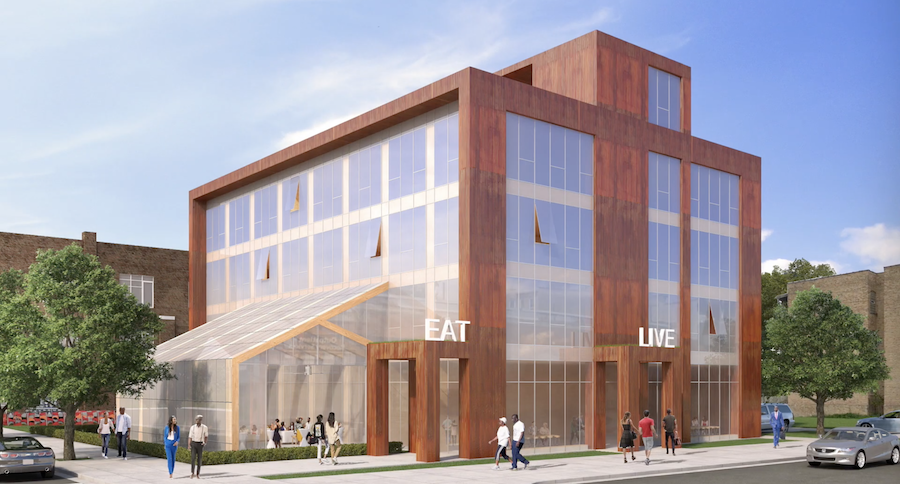