The long-discussed redevelopment of Edgewater's former Wing Hoe restaurant site at 5356 N. Sheridan Road is preparing to move forward with a revised design and a new developer at the helm.

In 2018, MCZ Development first presented plans calling for a four-story, 50-unit rental complex at the southwest corner of Sheridan and Balmoral. Although MCZ's project passed the city's Committee on Zoning in late 2019, the Zoning Board of Appeals denied a rear yard setback variance, and the project never got off the ground, according to Dan Luna, chief of staff for Ald. Harry Osterman (48th).

The latest plan comes from Tempus Real Estate Group and 2R/Z Architecture. While the revised proposal still includes 50 apartments, the building now stands five stories—topping out at roughly 74 feet. The transit-oriented development will provide on-site parking for 25 cars and no commercial space. The project falls under the city's previous affordable housing rules, and five below-market-rate units will be provided on-site, Luna told Urbanize. 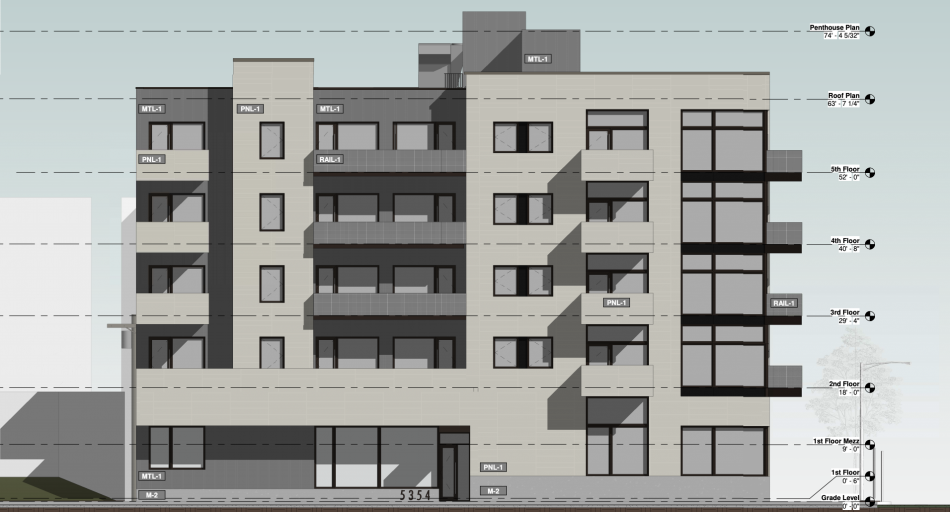 The new apartment complex would replace the historic 108-year-old mansion that housed Wing Hoe restaurant since 1971. The Szechwan and Mandarin eatery closed its doors for good at the end of 2020, Block Club Chicago reported at the time. Wing Hoe's owners retired after the closure and did not seek a new location for the restaurant.

Representatives from the development team will host a public open house at 5356 N. Sheridan on Sunday, August 14, between 11 a.m. to 2 p.m. Members of the surrounding community will have an opportunity to review the latest plans and share any questions or concerns they may have with the developers. 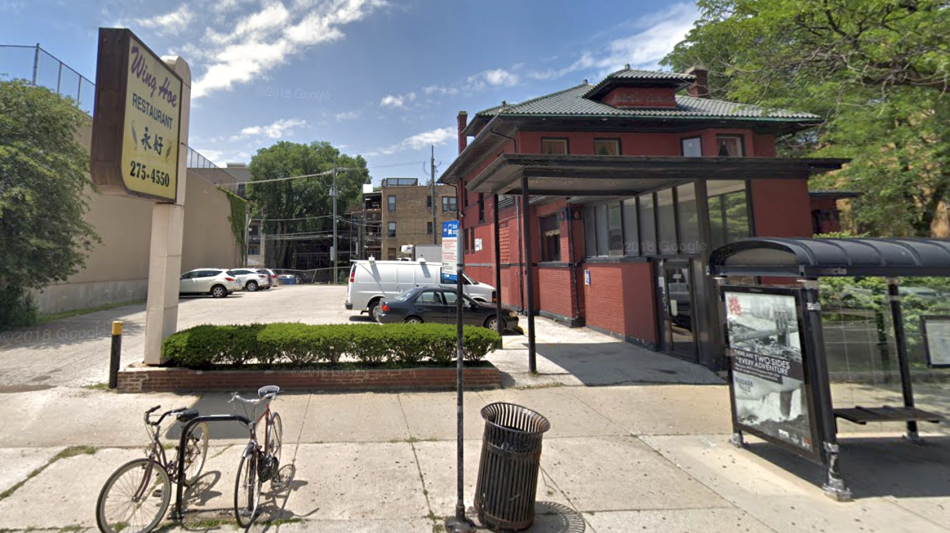