A project led by Moceri + Roszak, two separate permits were approved for foundation work. The first is for auger cast piles and a mat foundation for the elevator core only. The second permit allows for foundation work through the third-floor superstructure and underground plumbing and electrical. 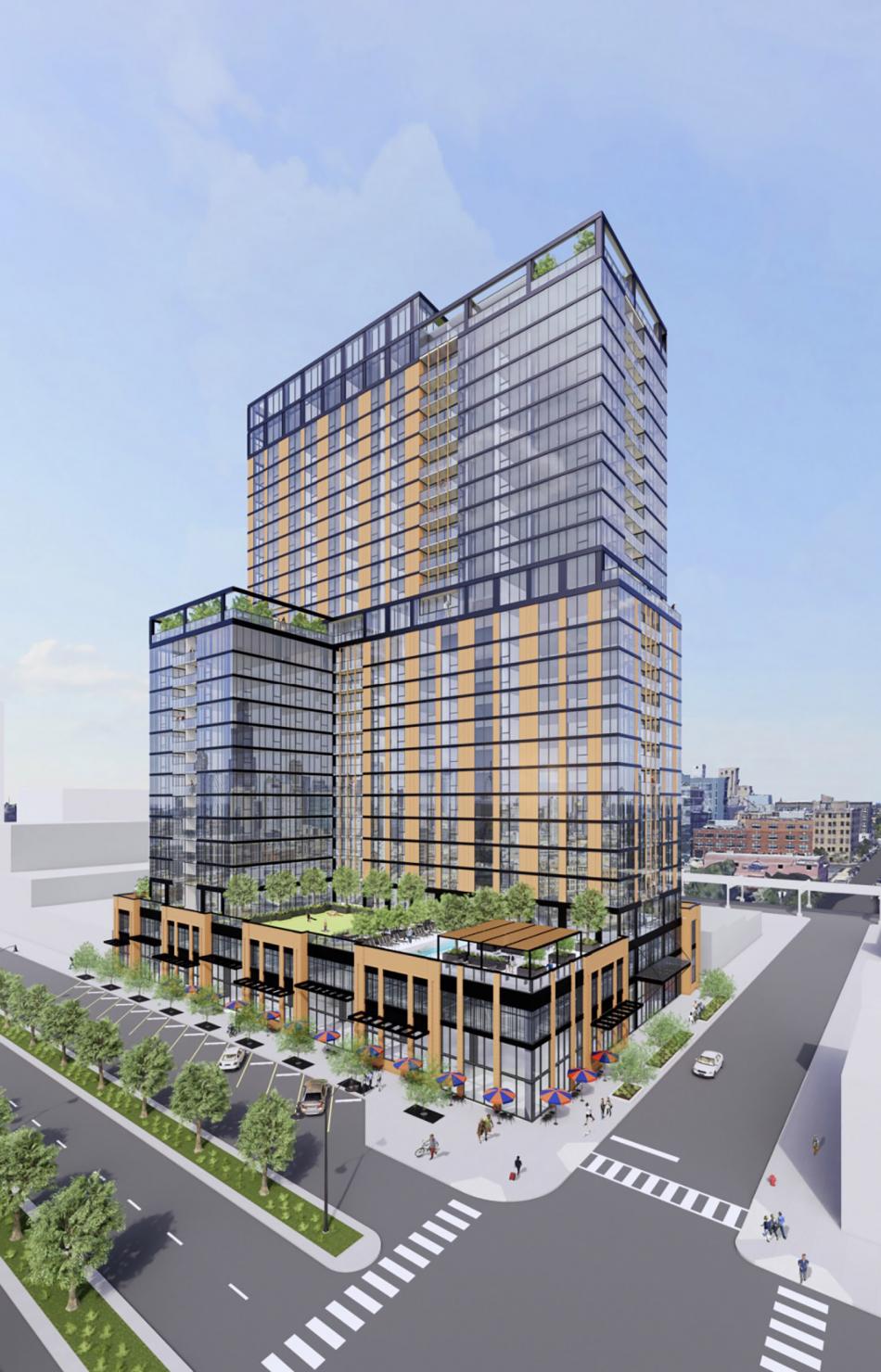 Designed by Thomas Roszak Architecture, the 27-story tower will rise 293 feet and hold 375 residential units with 9,000 square feet of retail space on the ground floor. The L-shaped tower design consists of a four-story podium that fills the entire site, a middle tower portion in the shape of an L, and an upper tower portion that spans the long section of the lower L-shape, spanning east/west in the long direction.

The residential lobby will front N. Elizabeth Street with retail spaces wrapping around the corner to face W. Randolph Street. Parking for 144 cars will be accessible from the alley, while a bike room for 160 bikes will be included in the podium.

The unit mix will consist of studios, convertibles, one-, two-, and three-bedroom units, with these apartments ranging in size from 540 square feet up to 1,450 square feet. The plan includes a provision of 20% affordable units on site, totaling 75 dwellings.

The development team received approvals from the Chicago Plan Commission, Committee on Zoning, and the full Chicago City Council over the beginning of the year into the summer. Clark Construction is the general contractor leading construction.