A Chicago developer was awarded an estimated $7 million building permit to break ground on a four-story luxury condo building in Ravenswood Manor just ten months after plans for a taller, denser rental project were smacked down by the local alderperson.

2910 W Montrose LLC received the go-ahead to replace Paradise Spa & Sauna and an adjacent parking lot at the northeast corner of Montrose Avenue and Richmond Street with 18 for-sale residences and parking for 31 cars. The masonry building includes up to 6,700 square feet of ground-floor retail space, according to a recent marketing flyer for the property. SGW Architecture and Design is listed as the architect.

The team had previously pitched a five-story rental building containing 59 apartments and 31 parking spaces at the site. That proposal died last October when Ald. Rossana Rodriguez (33rd) denied the project's requested zoning change from B3-2 to B2-3, citing overwhelming negative feedback from neighbors. 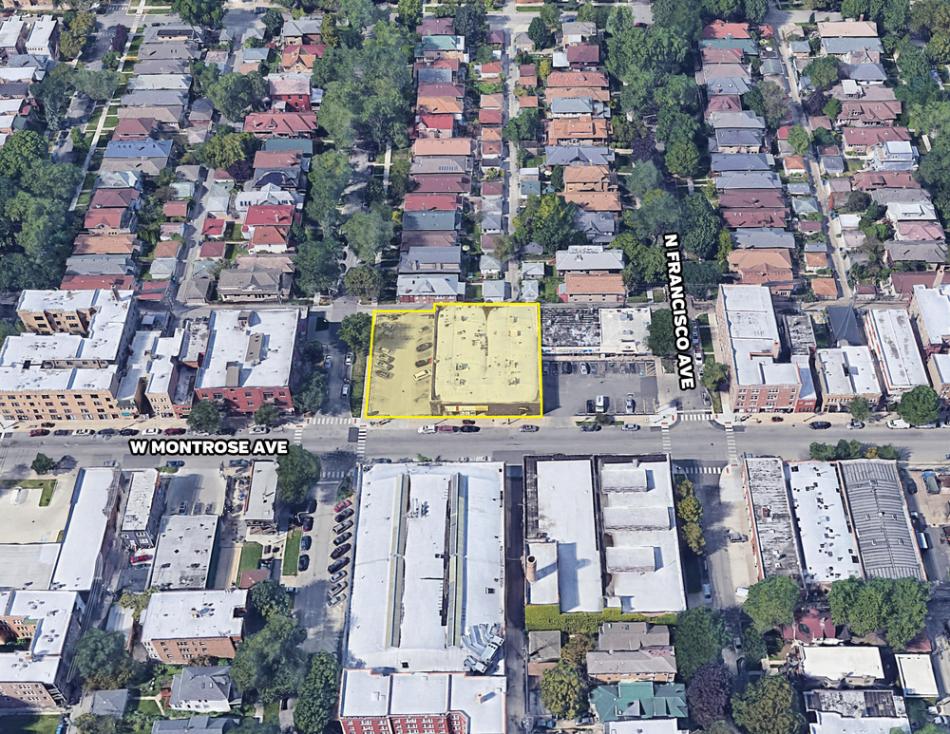 The developer behind the 2910 W. Montrose project, Alan Candea, came under further public scrutiny after his brother Armand Candea—also a real estate developer—published controversial Facebook posts including calls for Chicago to "recruit snipers" during last summer's episodes of looting and social unrest. Ald. Rodriguez called the post "really concerning" and factored it into her zoning decision, according to Block Club Chicago.

The current redevelopment plan for the Ravenswood Manor property is scaled back to conform with existing zoning and therefore did not need the support of the local alderperson. The previous proposal called for six affordable-rate units, but the revised project isn't required to include any affordable housing because it did not seek a zoning change or other assistance from the city.