Construction is imminent on a 13-unit residential development at 1765 W. Rosehill Drive in the Andersonville neighborhood, according to a recent building permit issued to Chicago-based Candea Development. The four-story-plus-basement structure would rise just west of Candea's four-story, 39-unit condo development at 1743 W. Rosehill (also known as 5748 N. Hermitage).

The development replaces a low-rise commercial site that previously housed Jeron Electronic Systems and a parking lot. Candea purchased the property for $2.6 million in 2017, RE Journals reported. Designed by Compass Architecture LLC , the upcoming 13-unit building features a masonry facade, an elevator, several large balconies, and a rooftop deck based on a rendering posted by Compass.

It's unclear if the project at 1765 W. Rosehill Drive will be offered as rentals or condos. A for-sale product seems more likely given Candea's track record in the area and the fact that the development will include an attached 13-car garage. The permit lists Rainmaker Real Estate Holdings as the project's general contractor. 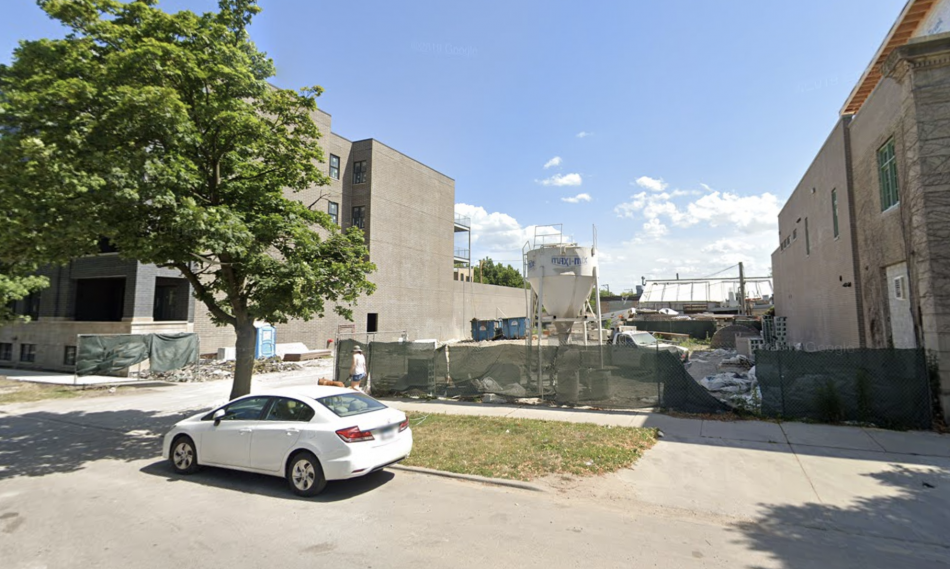