Crews recently framed the base of the concrete structure's core and installed the stub for the soon-to-arrive tower crane. The downtown project also recently received a full building permit (it got its foundation permit back in March 2020). The latest permit estimates the scope of the work at $99.6 million and lists Onni Contracting as the general contractor. 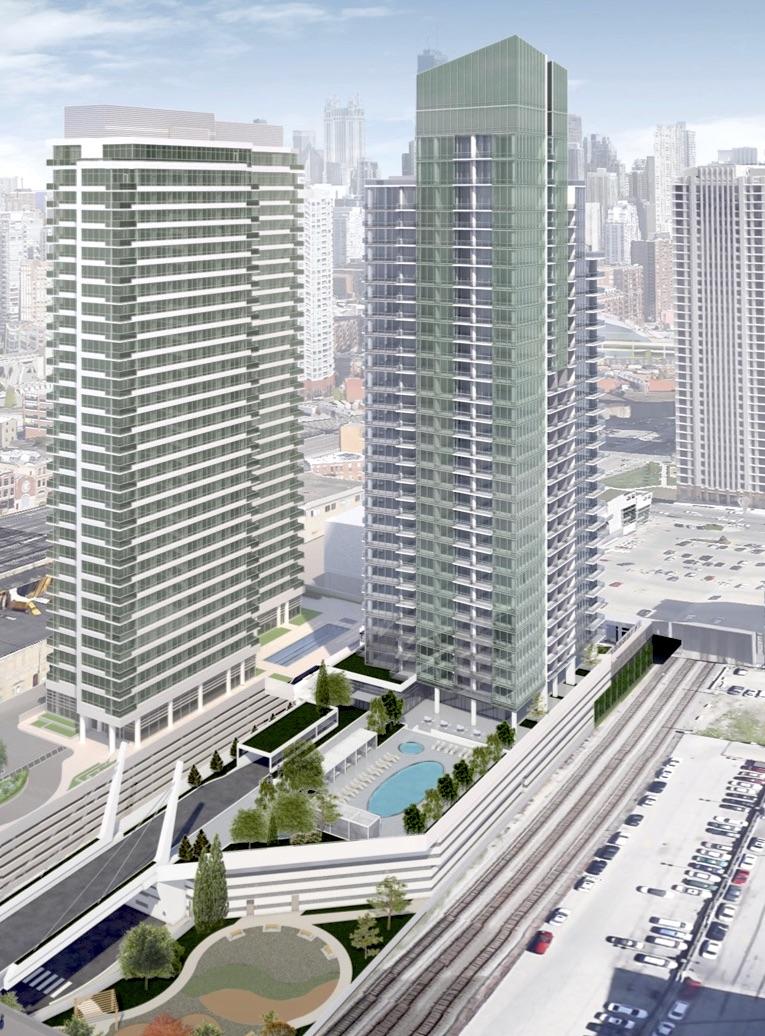 Designed by Pappageorge Haymes Partners, the tower at 354 N. Union replaces a longtime vacant lot between two rail right-of-ways. The completed building will deliver 373 luxury rentals offered in studio, one-, two-, and three-bedroom layouts ranging in size from 400 to 1,600 square feet. The project also includes a 143-car parking podium, a pool deck for residents, and a dog park that will be open to the public during the day.

Onni Group is also behind the three-tower Old Town Park rental development as well as the recently completed apartment tower at 369 W. Grand. The developer is currently seeking city approval for its largest Chicago project yet: a five-tower, 2,650-unit development on the southern tip of Goose Island known as Halsted Point.