Onni Group's five-tower "Halsted Pointe" megadevelopment on Goose Island is headed to the Chicago Plan Commission this week with some noteworthy changes. In addition to now spelling Pointe with an "e" at the end, the massive multiphase proposal has grown in height from 584 to 691 feet. 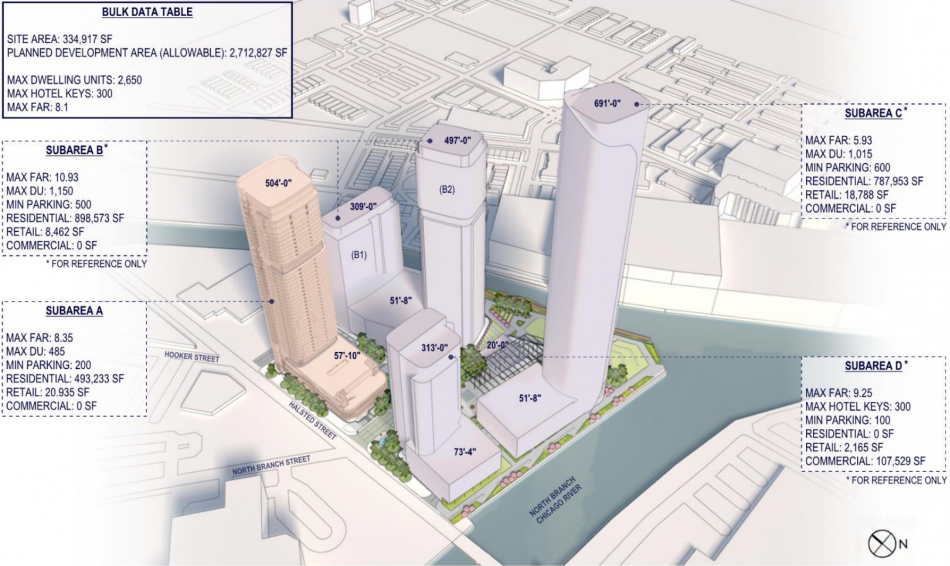 A revised massing diagram shows the tallest tower now topping out at 691 feet.Chicago Department of Planning and Development

The increase mainly affects the development's third phase tower located at the site's southern tip, where the north branch of the Chicago River and the North Branch Canal split. While earlier plans for the residential high-rise called for roughly 640 rental units, that tower is now shown containing 1,015 apartments.

Despite these changes, the development's total number of dwelling units remains unchanged at 2,650. The second phase, located just north of the taller third phase tower, received a reduction in both height and density. The overall amount of parking has come down slightly from 1,470 to 1,400 spaces.

One notable absence from the revised plans is an updated rendering of the redesigned towers from project designer Hartshorne Plunkard Architecture. The Plan Commission presentation posted by the city's Department of Planning and Development includes several slides that simply read "rendering in progress." Hopefully those images will be ready in time for the upcoming Plan Commission vote, which is scheduled for Thursday, August 19, at 10 a.m. 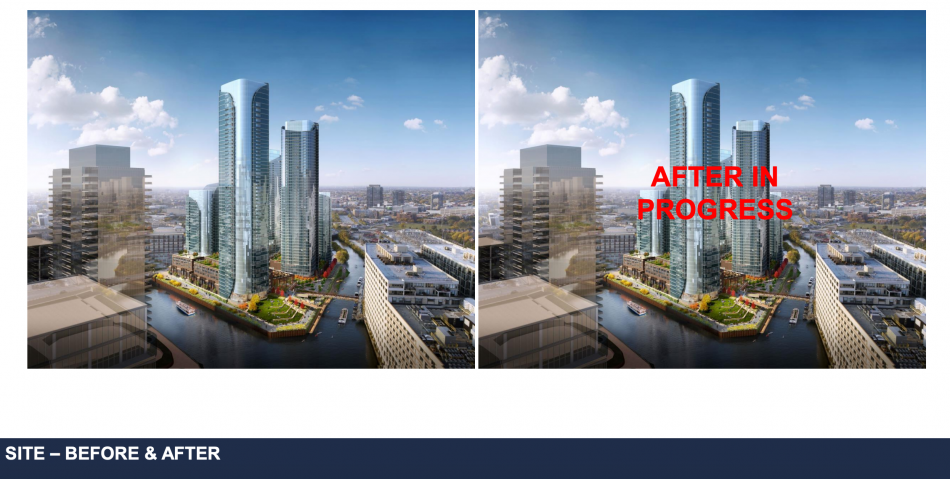 The presentation includes before renderings (left) but the updated "in progress" images are still missing (right).Chicago Department of Planning and Development

If the project's zoning is approved by the Plan Commission and City Council, Onni aims to break ground on Halsted Pointe's first phase—a 46-story, 485-unit residential tower at the site's northwest corner—sometime next year.  Construction on phase one is expected to take 24 to 30 months, a representative from the developer said in April.

Five towers will eventually occupy the 8-acre site at 901 N. Halsted Street, which was previously home to a Greyhound bus maintenance facility. The Halsted Pointe masterplan also includes up to 300 hotel rooms, a grocery store, an outdoor market and "social lawn," and a new pedestrian bridge connecting to the riverfront promenade at 600 W. Chicago. 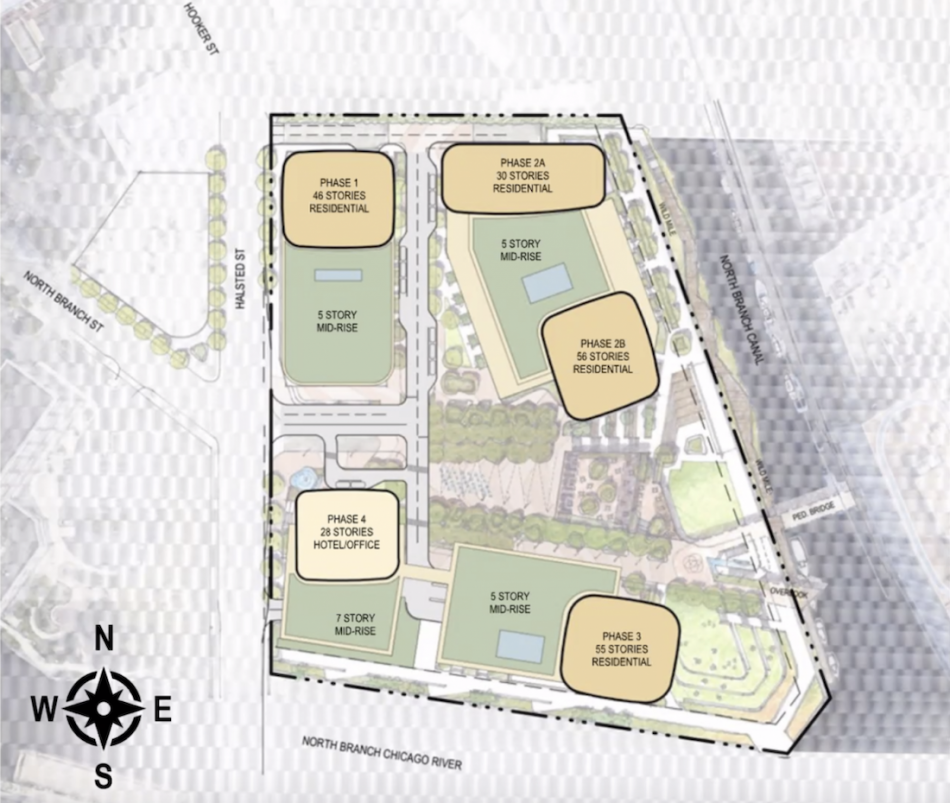 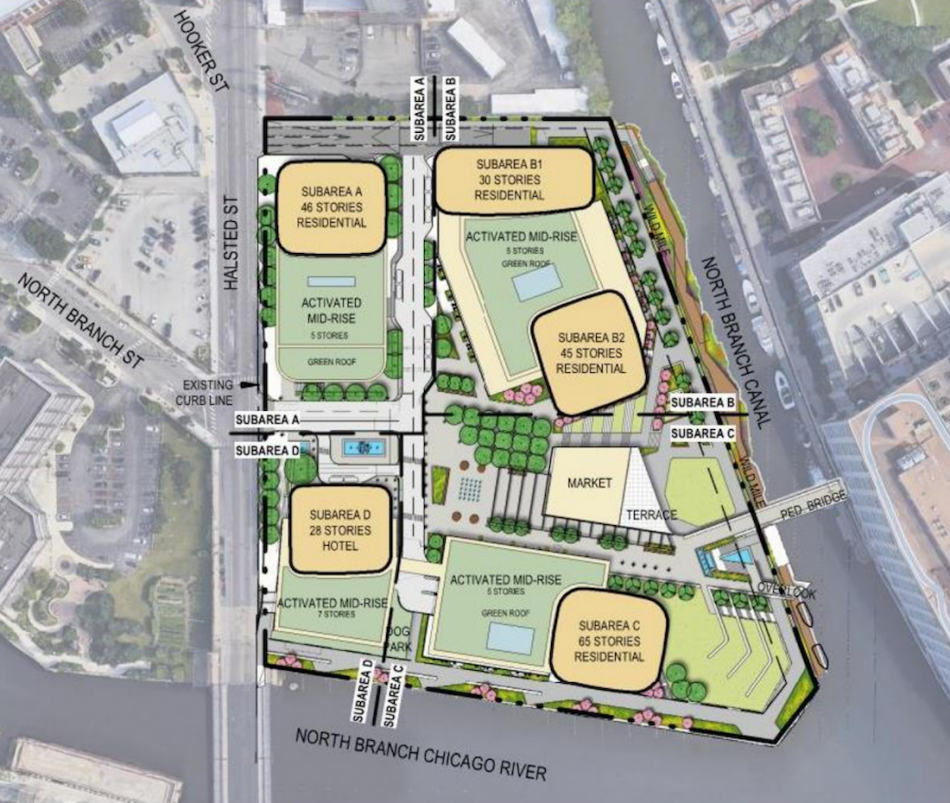