Structured Development has announced the launch of the second phase of Harrison Row Townhomes, an affordable for-sale townhome community at W. Harrison St and S. Francisco Ave in East Garfield Park. A total of 33 new three-bedroom townhomes will be added, including 14 duplex townhomes, or 28 units, built using modular construction.

Priced from $245,000 and created under Chicago’s Affordable Requirements Ordinance (ARO), the homes will be built in phases over the course of the year and reserved for households earning up to 120% of the Area Median Income. Buyers will be sourced through the Chicago Community Land Trust (CCLT), a nonprofit corporation administered and staffed by the Chicago Department of Housing that seeks to preserve the long-term affordability of homes created through city of Chicago programs, including the ARO. 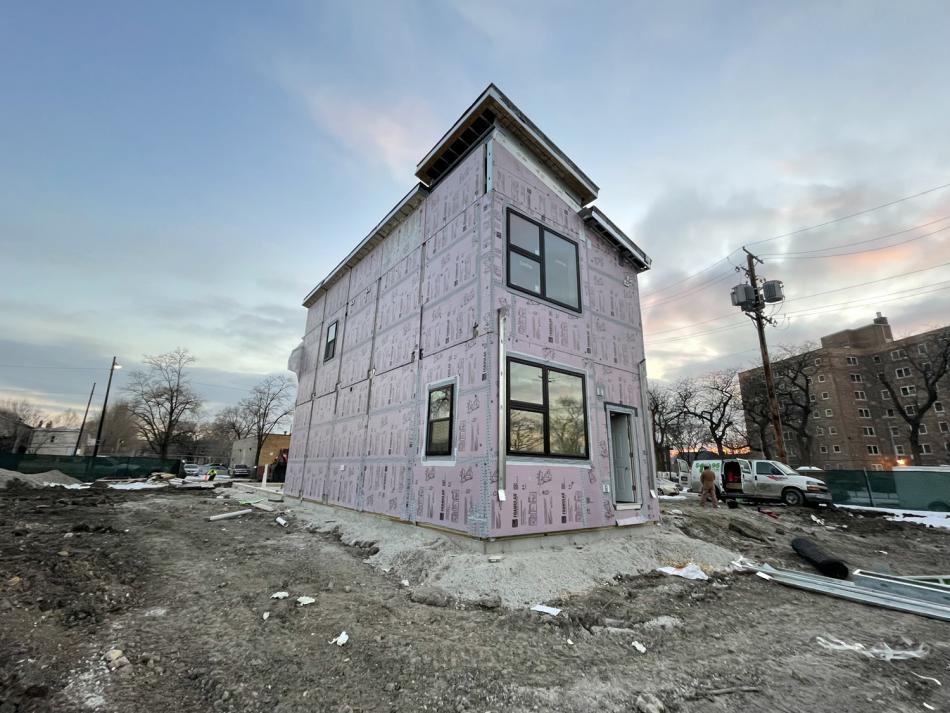 Chicago-based Kinexx Modular Construction will assemble the modular townhomes off-site in its Southwest Side factory, significantly reducing the construction timeline for each home to approximately 90 days, including on-site installation. Kinexx is the first company to design, build and install a modular home in Chicago, with plans customized to the city’s typical lot size. Harrison Row is the first townhome application of the company’s modular designs.

The idea to explore modular for Harrison Row’s second phase originated from Fain’s LLC, a Black-owned development firm based in East Garfield Park. Led by Kevin Brinson and Quentin “Q” Addison, who both grew up in the neighborhood, Fain’s originally specialized in renovations and other contracting work before shifting its focus to development. Following an introduction by 27th Ward Ald. Walter Burnett Jr., Fain’s began receiving mentorship from Structured Development on the first phase of Harrison Row and is now a partner on two of the units in phase two. As part of the ownership group, Fain’s will share in the fee revenues and profit and losses while gaining the foundation to develop projects independently in the future.

Structured Development is fulfilling part of its ARO obligations for The Shops at Big Deahl, a mixed-use, mixed-income community the firm is developing at the southeast corner of Blackhawk and Kingsbury streets in Lincoln Park.