As Chicago's recovering hospitality industry bounces back, construction is nearly complete on a project to transform a historic former office building at 226 W. Jackson Boulevard into a pair of Hilton-affiliated hotels with a combined 350 guest rooms.

The 135-room Hilton Garden Inn Central Loop is on track to open September 7. The more upscale 215-room Canopy by Hilton Chicago Central Loop will open within the building's upper floors on September 20. The hotel openings will be followed by the launch of a new rooftop lounge and bar, set for early 2022.

A rendering of the upcoming green roof and terrace.Provided

Located across the street from Willis Tower in the heart of the Loop, the 15-story landmark structure dates back to 1904 and was designed in the Classical Revival style by architects Frost and Granger. It served as the headquarters to the Chicago & North Western Railways and later the City Colleges of Chicago.

A venture led by Chicago-based Phoenix Development Partners acquired the property for $32.7 million and began work on its $100 million-plus gut renovation in late 2019. Chicago's Hartshorne Plunkard Architecture (HPA) oversaw the redesign of the 117-year-old building, and Leopardo Companies served as general contractor on the project.

The two hotels will have distinct personalities and price points, but both will play off the history of the building and its downtown location. Each hotel will offer dedicated fitness facilities, their own food and beverage outlets, and meeting rooms that can accommodate between 20 and 40 people. 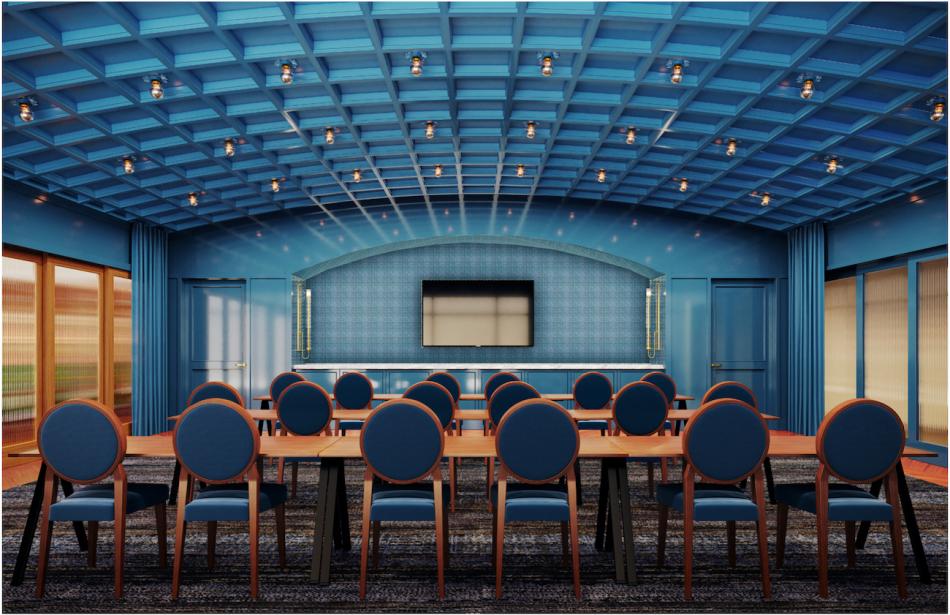 A rendering of a meeting room. Provided

"Our building is the old Chicago & North Western Railway offices, so we're taking the train theme and paying homage to its history and bringing in an old-time Chicago feel and vibe," explained Neil DeGuia, general manager for the two-hotel complex.

Although the pandemic hit Chicago's hospitality sector hard and caused minor construction delays at 226 W. Jackson, DeGuia says he is optimistic about the future. "I think it's clear that our industry has seen some challenging times," DeGuia told Urbanize. "But we're resilient and in a better position than we were last year, and better is good." 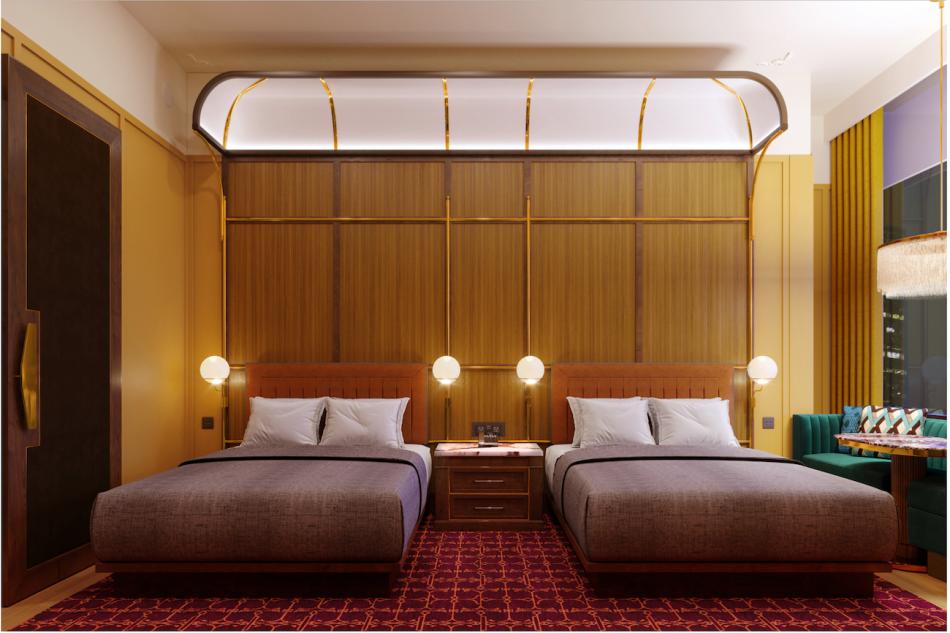 DeGuia said that business travel has not bounced back in the same way as leisure, but he's seeing encouraging upticks in both occupancy and average daily rates. "There's a lot of pent-up demand for travel, especially here in Chicago with all that we have to offer.

"We're also seeing conventions return, which builds momentum and confidence in group and business travel... I am confident that Chicago's hospitality industry will come back, and when it does, we will all be ready." 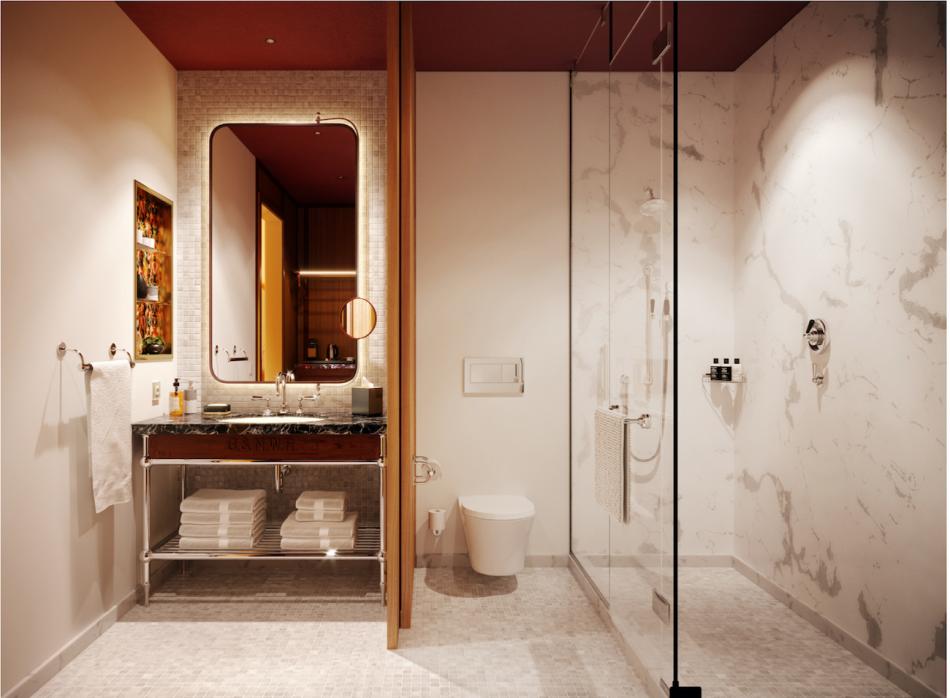