Governor J.B Pritzker has announced plans to sell the James R. Thompson Center. To be sold for $70 million, Chicago-based developer Prime Group has been selected by the state.  According to Pritzker, the move will save taxpayers $800 million.

Prime Group will pay $70 million upfront. Once the building is renovated, the state will pay $148 million to buy back 427,000 square feet of office space on floors 2-7. Prime Group will control about two-thirds of the property after the sale.

With a redesign led by JAHN, the project will convert the building into office, retail, and hotel space. Michael Reschke, Chairman of Prime Group, stated that demolishing the building would have been a travesty. Instead, the work will strip the building down to the structure and rebuild it as a high-tech building with the unique atrium and form that is the Thompson Center. The redevelopment will install a new curtain wall to reduce the building’s high mechanical costs and reduce noise in the atrium. Landscaping will be added to stepped terraces within the curved edifice. 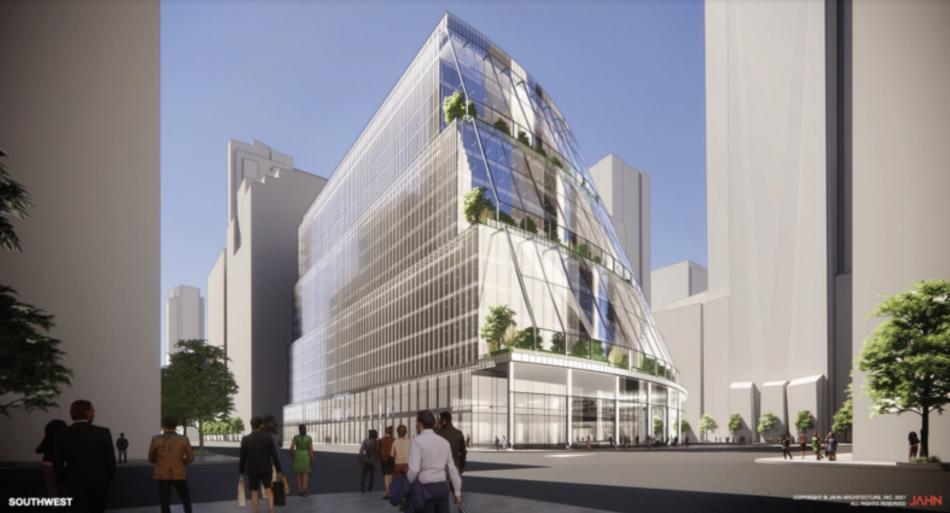 Reschke argues that, despite Loop office vacancies, the structure will be attractive to office tenants once it is modernized with high-tech features. The building will offer 70,000 square-foot floor plates with views into the atrium, and upper floors could also be converted into hotel rooms.

The developer hopes to close the sale with the state by mid-2022 and break ground by the end of 2022. Renovations are expected to take two years with costs running at approximately $280 million. Work on the building will not disrupt service at the Clark/Lake CTA L station, and a tentative completion is planned for 2024