Plans are moving forward to transform Navy Pier's crystal gardens into an immersive light and sound attraction. New York-based Illuminarium Experiences is seeking city approval to bring the project to the existing six-story glass atrium, which is currently home to botanical gardens, fountains, and an event space.

"Illuminarium activates all your senses through cinematic immersion, transporting you to the world’s most extraordinary places and beyond," said the company's website. It uses high-resolution laser projection, 3D immersive audio, in-floor haptics, and scents to "place you in the middle of the story." 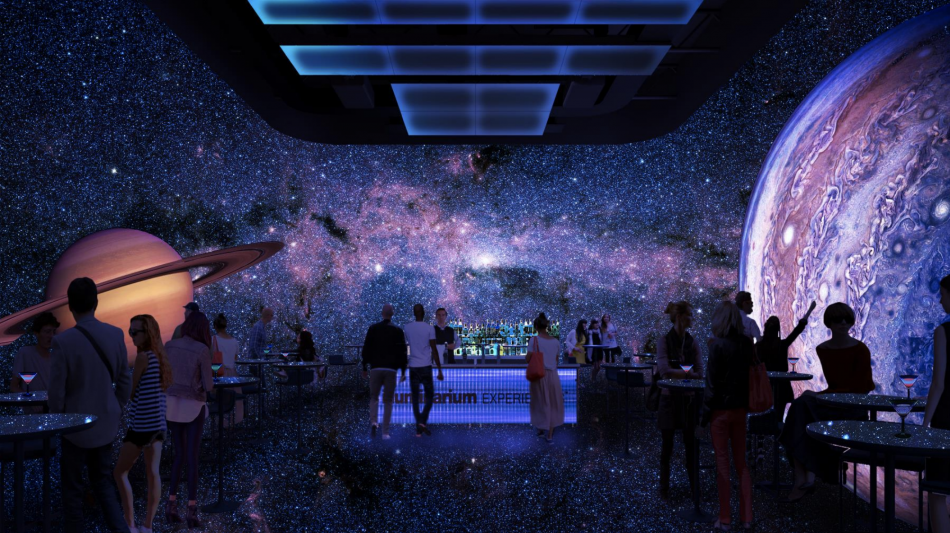 Dubbed "Illuminarium Chicago," the Windy City proposal calls for two different-sized digital projection spaces that can provide different experiences. Programming could include an "African safari, underwater ocean observation, visit to Mars, or being immersed in the life of Muhammad Ali or the music of Coldplay," according to a recent email from Ald. Brendan Reilly (42nd).

Designed by architectural firm Rockwell Group and local architect of record Perkins + Will, Illuminarium Chicago includes a lobby, dedicated ticketing area, attached gift shop, and a small cafe. The multicolored walls of the installation will be seen through the glass walls of the crystal garden, but the light and sound shows will not be visible to anyone outside the building. 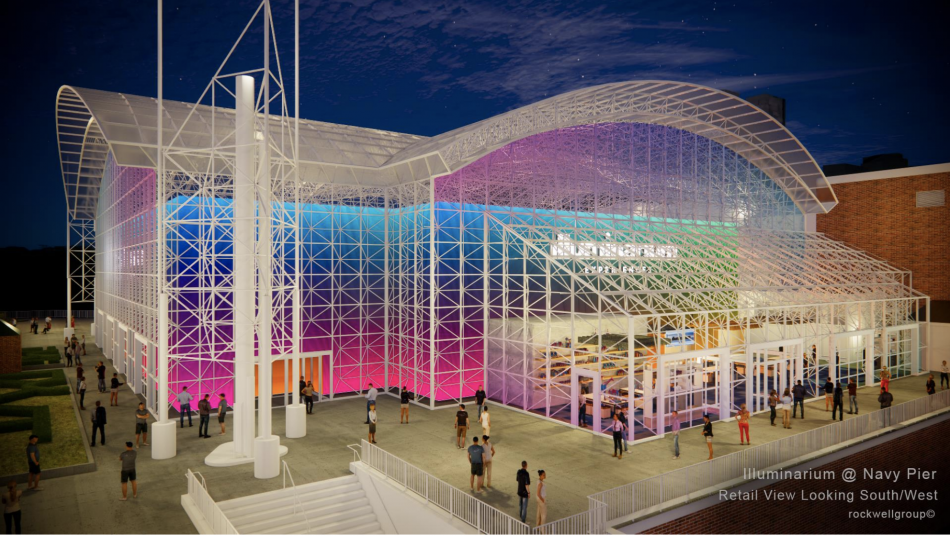 The two virtual programming volumes can also serve as a nighttime lounge with a bar or larger event space for hosting banquets and other private functions. On weekdays, the exhibit can provide educational "field trip" experiences for school children, according to materials submitted to the city.

The Illuminarium project will need a zoning amendment to Navy Pier's existing Planned Development to allow commercial use in the crystal gardens. The matter passed the Chicago Plan Commission on Thursday and will need to pass the Committee on Zoning and the full Chicago City Council for final approval. 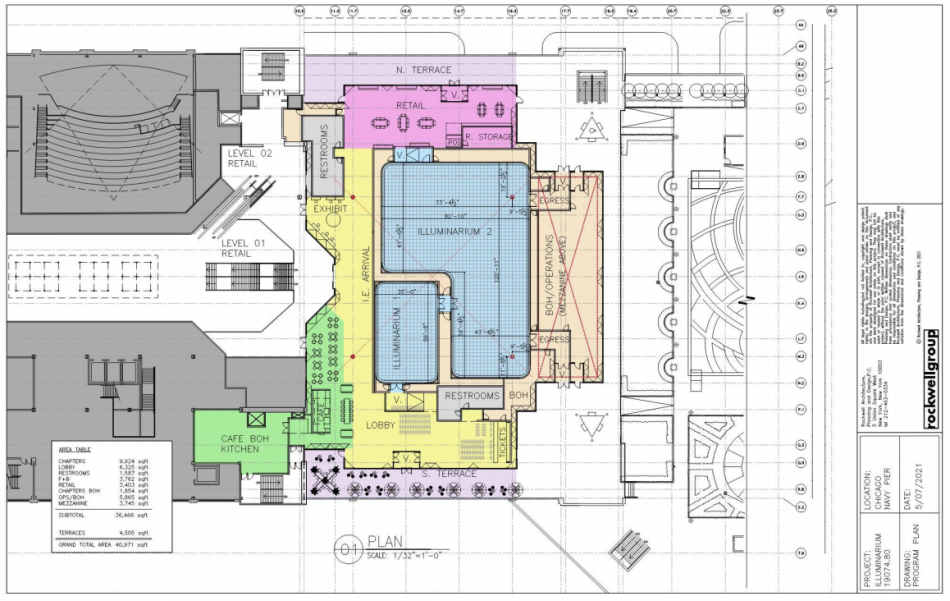 Illuminarium Experiences opened a similar immersive entertainment facility in Atlanta earlier this month. In addition to Chicago, the company announced plans to expand to locations in Las Vegas (winter 2021) and Miami (fall 2022), according to the company's website.