The first of two mixed-income apartment buildings slated for a long-vacant lot at 6001 W. Lawrence Avenue in Jefferson Park has scored a construction permit. Known as Lawrence & Austin Apartments, the project from nonprofit developer Full Circle Communities aims to address the shortfall of affordable housing for veterans, people with disabilities, seniors, and families on the city's far Northwest Side.

Designed by Chicago-based Canopy Architecture + Design, the newly permitted building will rise four stories and contain 26 rental units. A second four-story building with 22 apartments is planned next door. The complex will include amenities such as community rooms, laundry facilities, a computer lab and library, a children’s activity room, and bike storage. A landscaped plaza with seating and grilling areas will be located between the two structures, and a total of 34 parking spaces will be provided at the rear of the site. 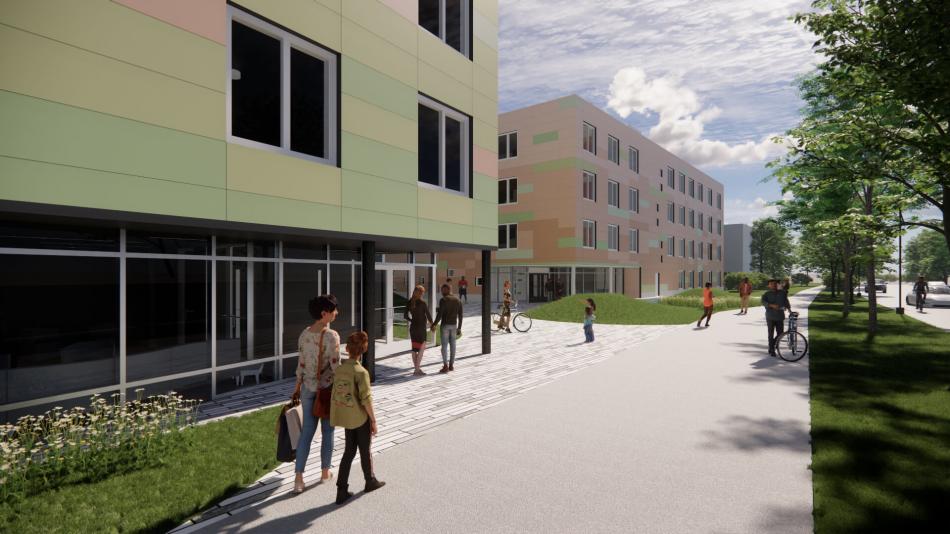 The buildings will be clad earthy tones such as rose and green as "a nod to the Illinois prairie landscape," according to Canopy's designers. The estimated $20 million project does not rely on city funding but will take advantage of $1.5 million in Low-Income Housing Tax Credits from the Illinois Housing Development Authority. The permit estimates the scope of the work on the first building at roughly $6.9 million and lists Henry Bros. Co. as the general contractor.

The upcoming development is moving forward despite opposition from Ald. Nick Sposato (38th), who claimed the plan was too dense and included too few parking spaces, according to WTTW Chicago. The city's Committee on Zoning ultimately rejected Sposato's efforts to block the Lawrence & Austin Apartments and voted in favor of the project last fall.

The Lawrence and Austin buildings represent the second mixed-income housing development in Jefferson Park from Full Circle Communities. Earlier this year, the developer completed a seven-story complex with 15 market-rate and 60 affordable apartments at 5150 Northwest Highway. Despite also facing fierce opposition from NIMBY groups, the Northwest Side project received more than 700 applications for its 75 residences, reported Block Club Chicago. 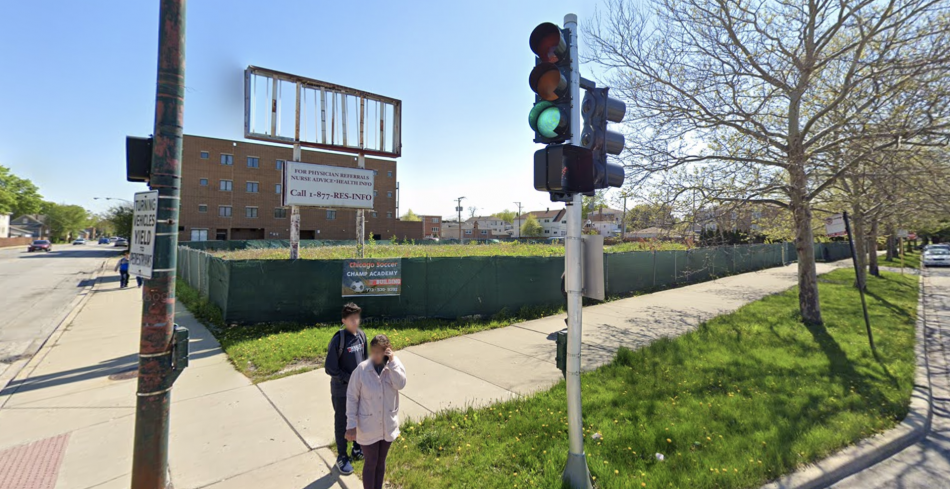